The Cartaret Islanders of Papua New Guinea are scrambling to to find a new home as rising tides gradually devour their shores...

At their highest point, the Carteret Islands in the Autonomous Region of Bougainville east of mainland Papua New Guinea, reach just 1.5 metres above sea level. Within a little over a generation, experts believe these picture postcard islands will disappear altogether as they are swallowed by seas that continue to rise inexorably. This will make the islands' 2600 inhabitants some of the world's first climate refuguees. While these numbers may be relatively small, they are an ominous signal of what is to come. By mid-century, millions may be forasking failing ecosystems upon which they can no longer rely for a livelihood, fleeing wars catalysed by the resource scarcity that will accompany droughts, floods and other extreme weather events.

But for now, the Cartaret Islanders - the proverbial canaries in the coalmine - are already taking practical measures to ensure a smooth evacuation. Back in 2006, the Cartaret Islands' Council of Elders set up Tulele Peisa ("Sailing the Waves on our Own"), a grass roots organisation committed to successfully relocating the entire population - half of them by as early as 2020. They have already secured land for new homes on the main island of the Autonomous Region of Bougainville.

This may appear premature, with most experts suggesting the islands will disappear by around 2050, but according to Ursula Rakova, the Group's Chief Executive, encroaching tides are already having a major impact on people's health. “We're beginning to get more requests for people wanting to move because of the situation and the dire need for food,” she says. The storm surges not only wash away houses, but also vegetable gardens, which are critical for the islanders' survival. With no cash economy on the Carterets, the only source of food is what people are able to grow for themselves. 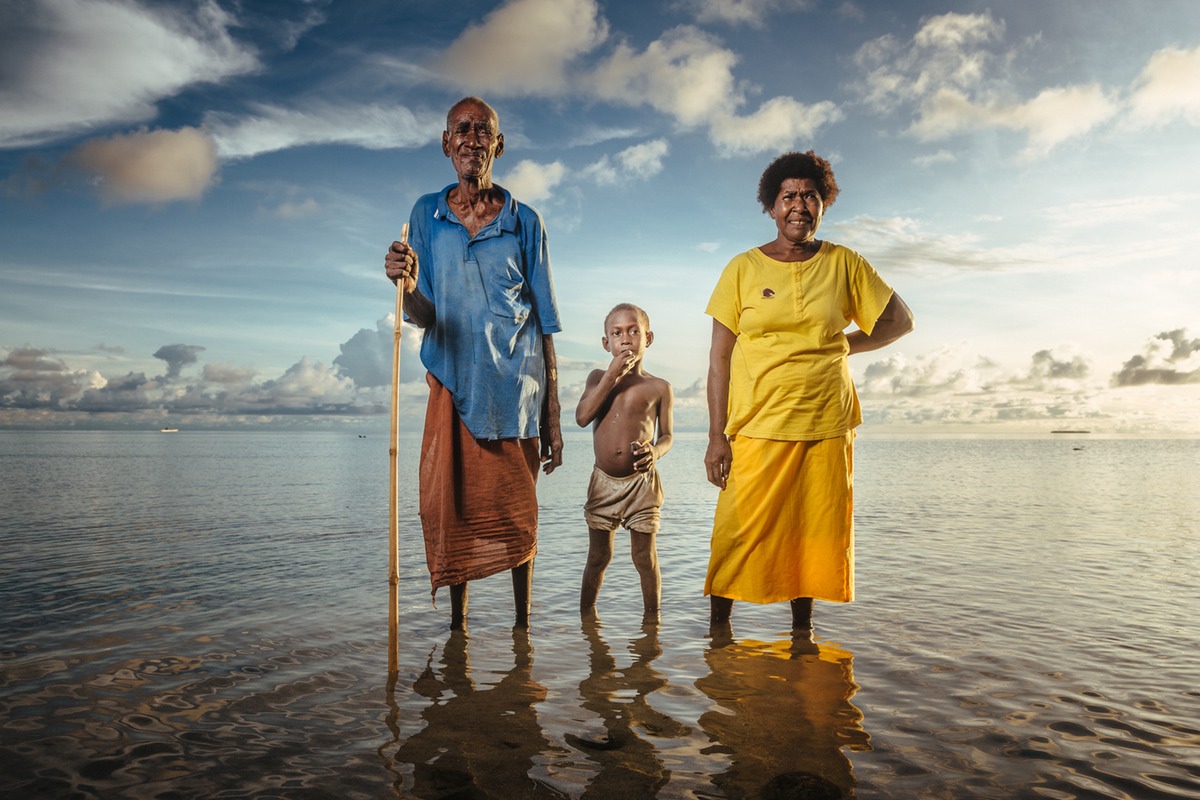 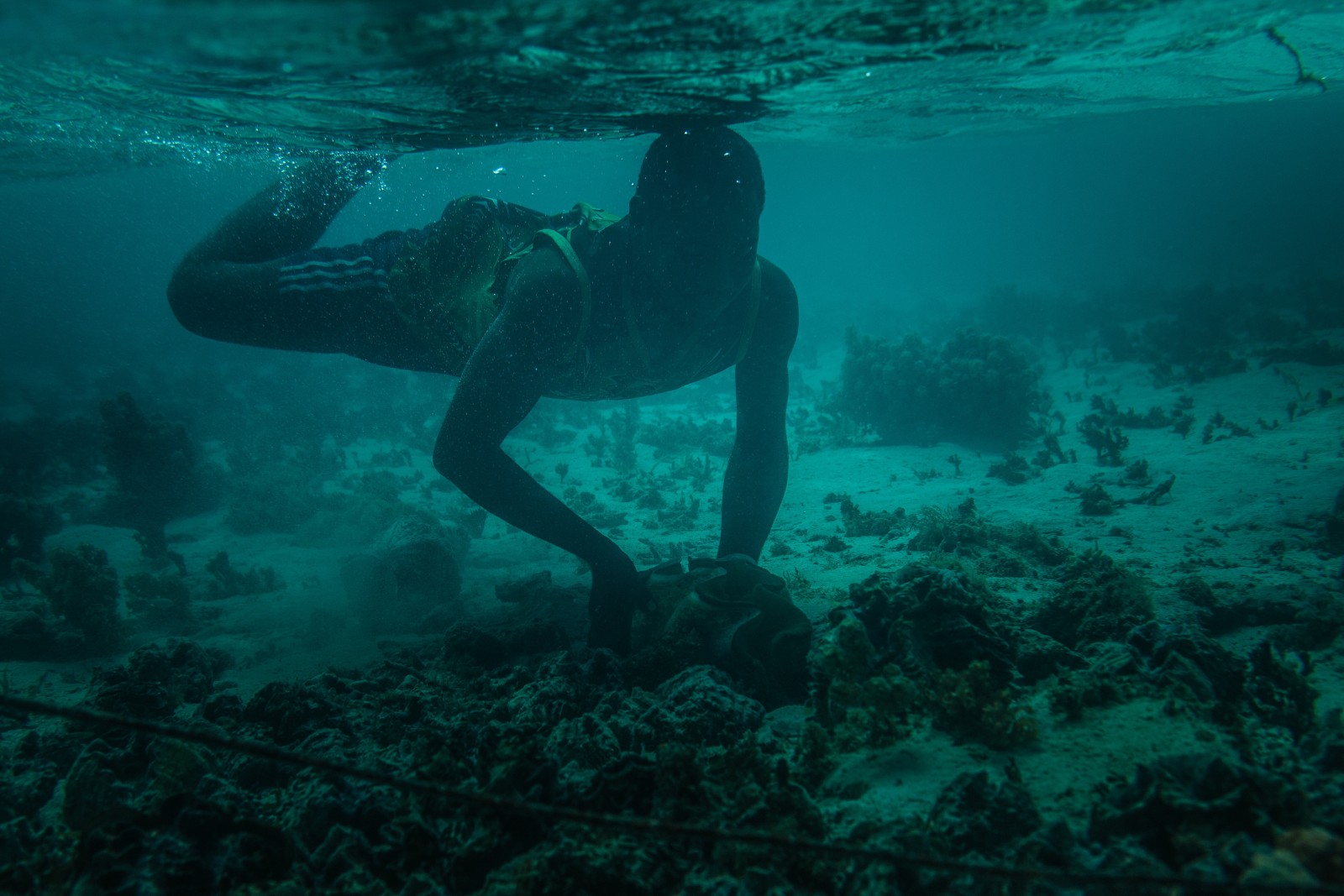 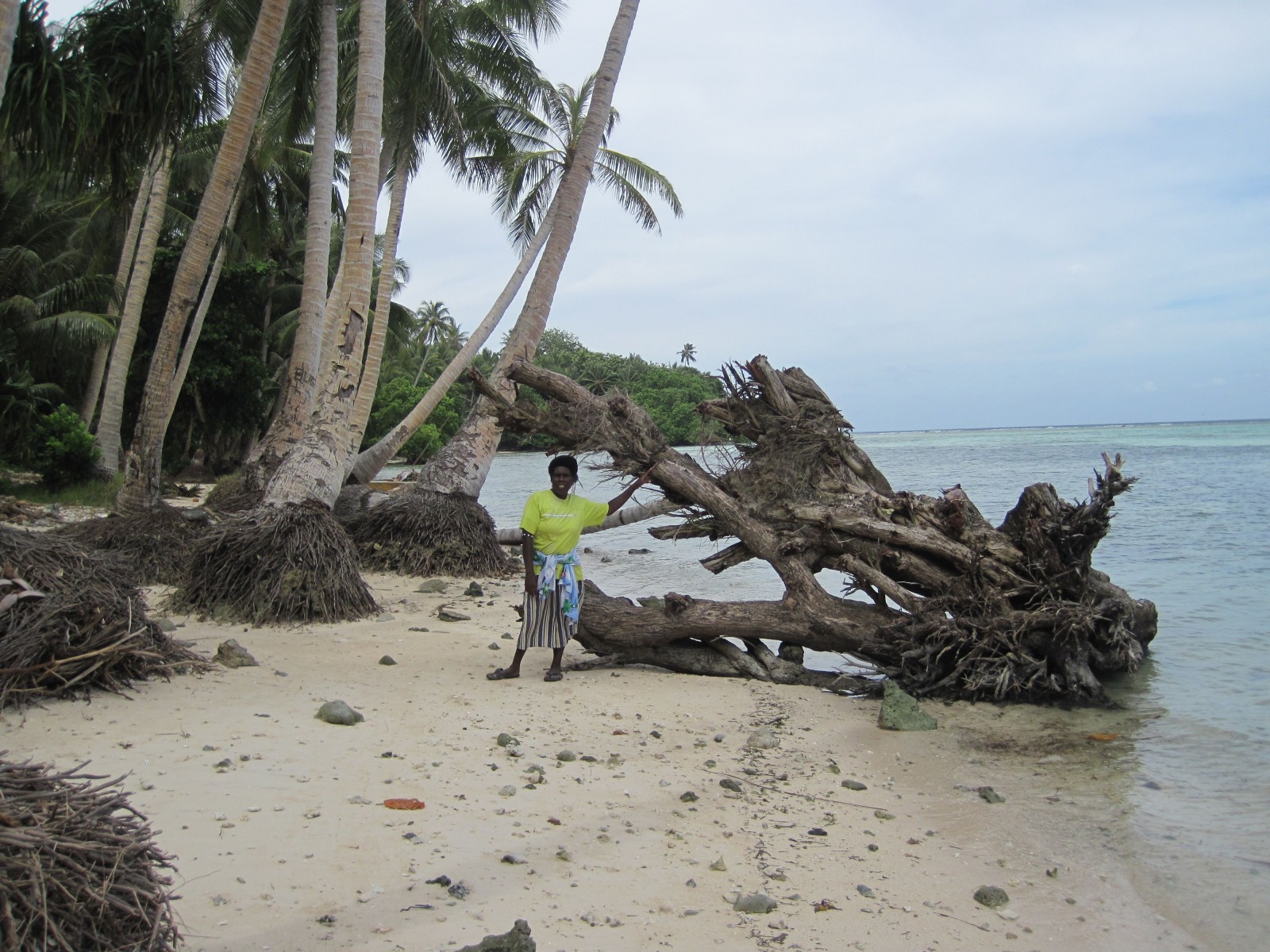 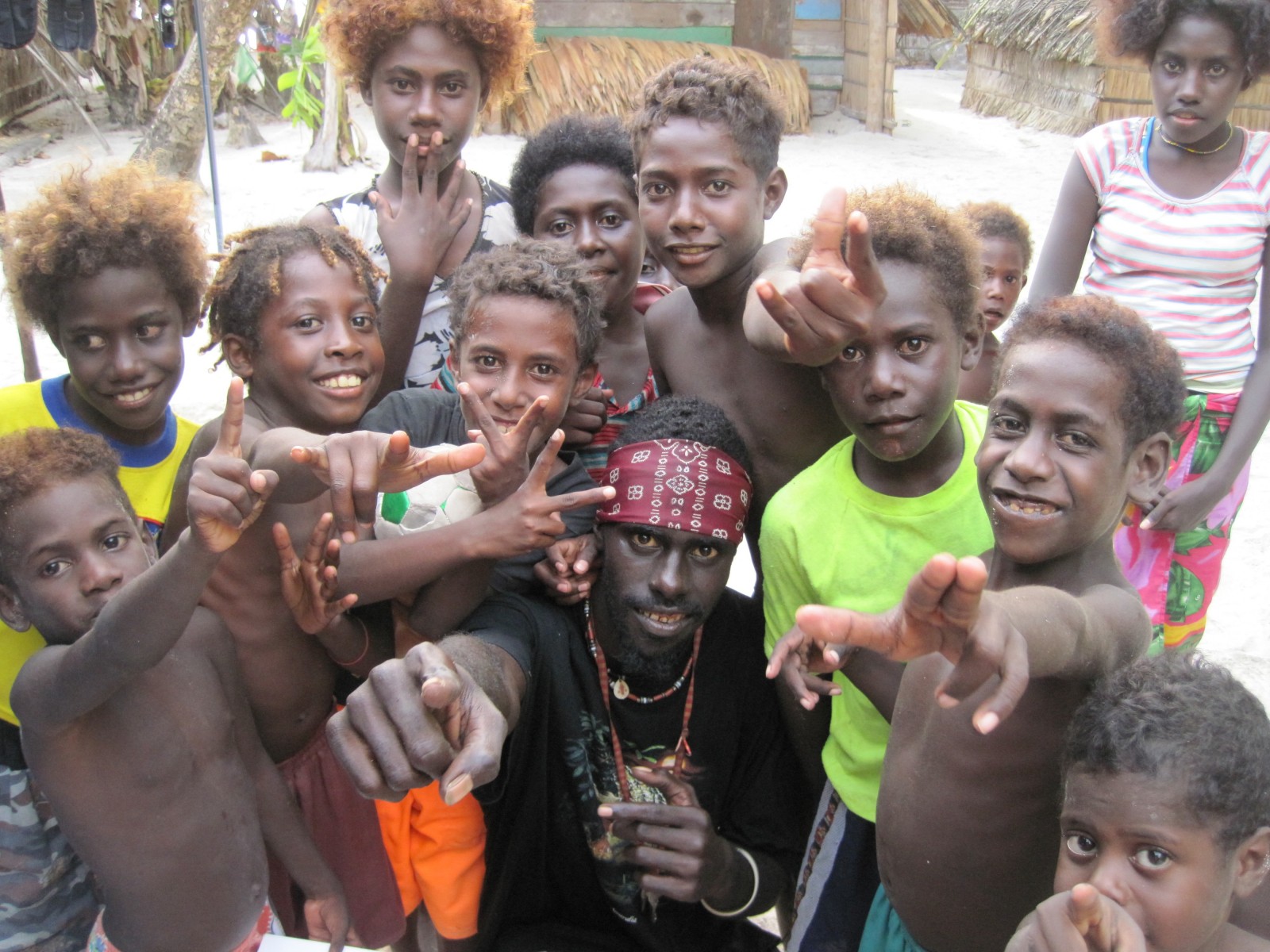 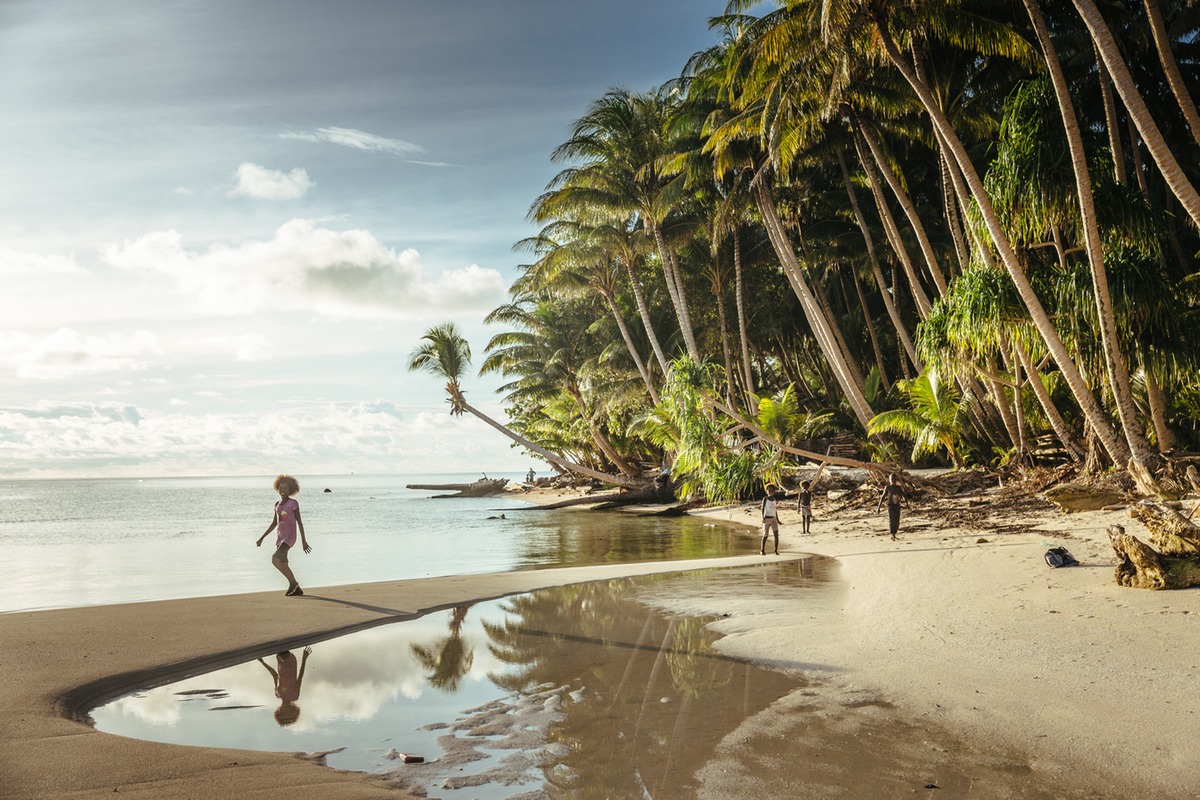 Rakova says the relocations are also vital to give more space to those who want to stay on the islands. The group initially secured 25 hectares of land from the Catholic Church – enough to resettle about 100 people from 10 families. The church has just made another 60 hectares of land available, where Rakova says they're hoping to relocate 25 more families. But the access to safe and secure land is only half the battle. “Building houses for the families to live in is our biggest hurdle at the moment,” she says. “We have to keep looking for funds to build homes before we can actually move islanders to mainland Bougainville.” Once they are resettled on Bougainville, the Carteret families are allotted one hectare each. In addition to growing their own food, the relocated families also send food and planting materials back home to help supplement what the islanders are able to grow.

Tulele Peisa has also provided thousands of mangrove seedlings to prevent the erosion of the coastline, and helped to build raised garden beds. But this will only stave off the inevitable for so long. “Those are adaptation strategies, they aren't really long-term solutions to containing the islands, because we know the islands are going, but we are looking at supporting our families,” Rakova says. She says the islanders want to maintain their independent way of living but that the international community should provide more support. “The islanders on the Carterets are victims of what other people have caused and the international community needs to aid and support the work that we are doing,” she says. “We have found our way forward [and] we would like to share the way forward with other people, but we need this process to be funded financially so that we can continue to sustain ourselves.”

Photos by Tulele Peisa and Muse Mohamed/IOM. Check out this in depth multimedia piece by the International Organisation for Migration (IOM) on the Cartaret Islands