As marine megafauna goes, the sea turtle is a pretty accessible creature. Yet there is still much about these gentle cruisers that we don't understand. Very little is known about their juvenile years for example - the years after they have run the oft photographed gauntlet of their beach-birth and initial entry into the ocean. Every year in Tubbataha Marine Park in the Philippines, a team from the Worldwide Fund for Nature (WWF) and turtle expert Dr Nicolas Pilcher undertake what you could call a turtle rodeo, their mission to tag them and to find out more about their reproductive cycle. Photographer Tommy Schultz went along for the ride and soon found himself roped in to some serious turtle heavy-lifting... 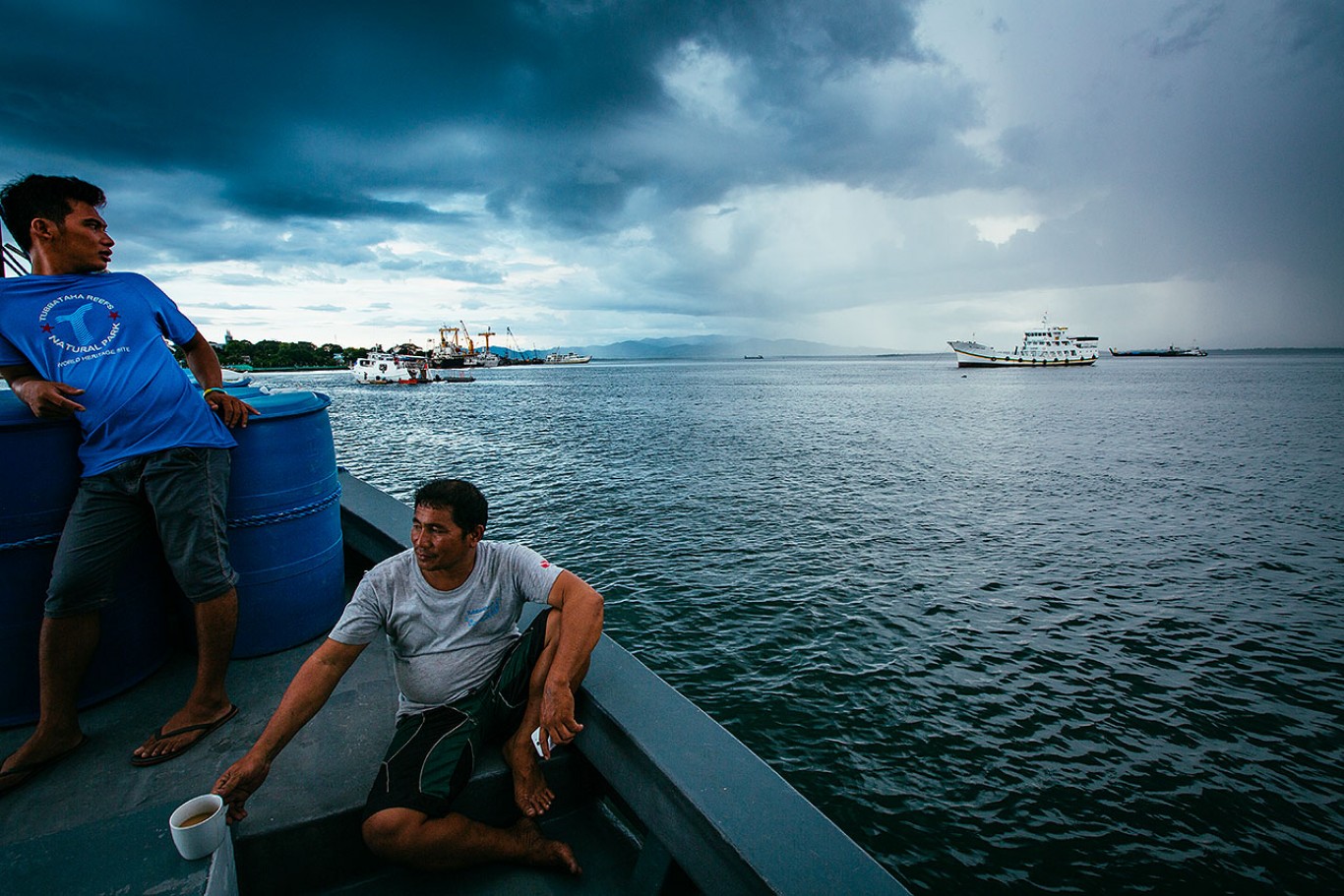 Sea turtles are a lot heavier than they look.

At least that’s what I’m thinking as I try to carefully position one on the laproscopy table aboard the M/Y Navorca - WWF's research vessel. Within seconds, Dr. Nicholas Pilcher makes a tiny incision, angling the laproscope to quickly determine the sex of the animal. Crucial stats are called out to Retch, our coordinator from the TMO office who is recording the data. 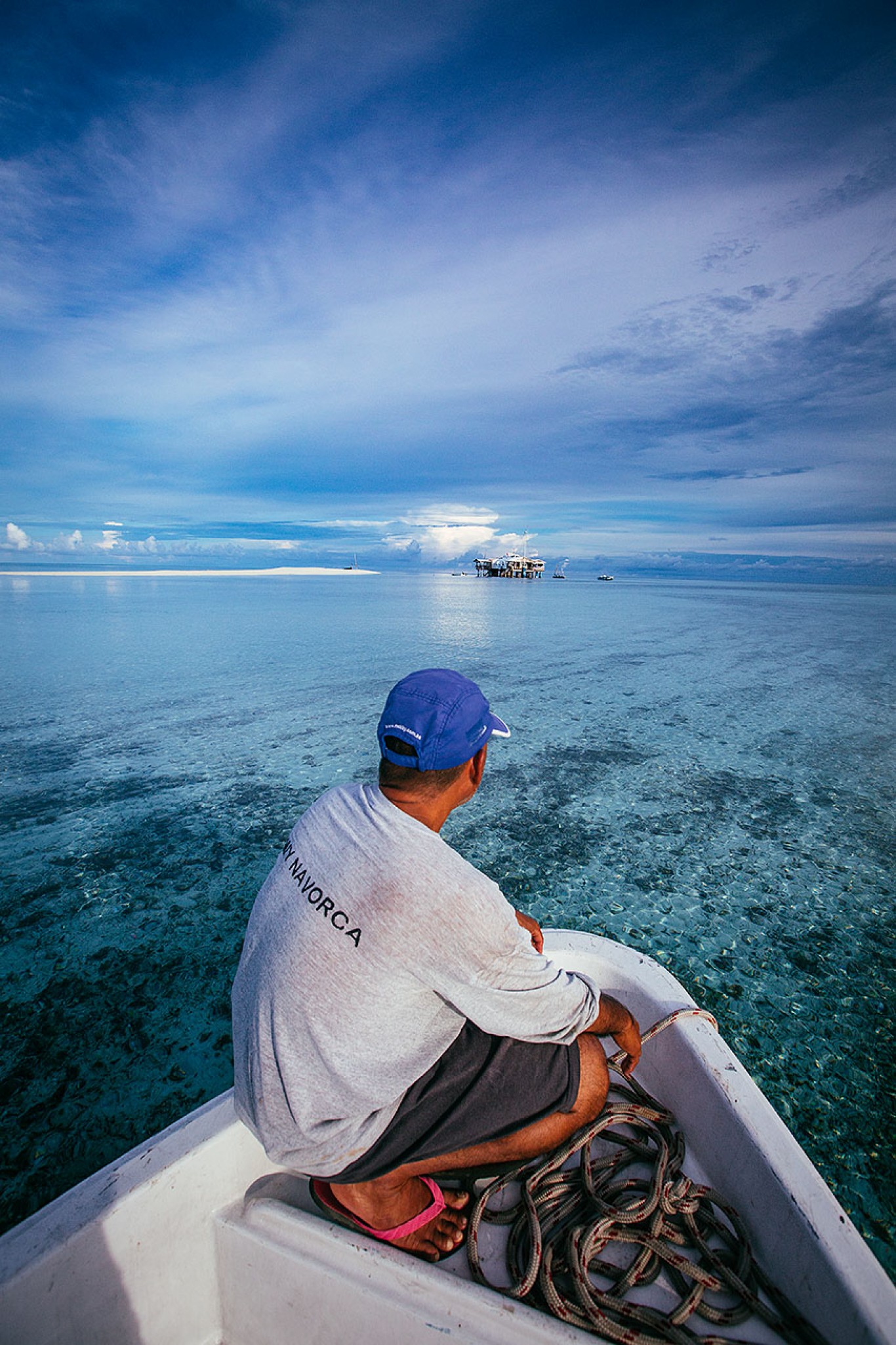 Arriving at the remote Tubbataha Ranger Station on a clear morning is always a magical experience. 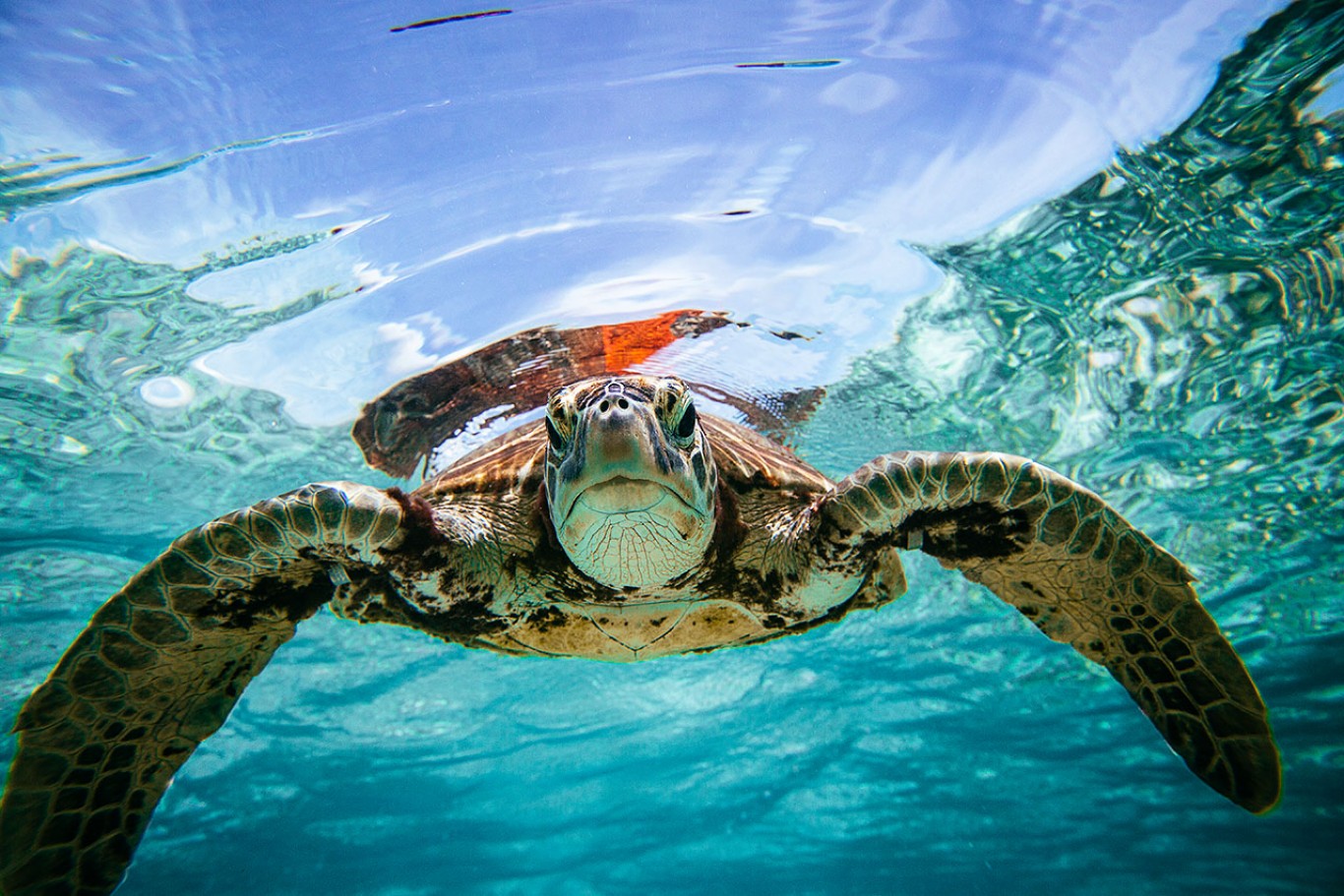 Not a second is wasted, and with the urgency of an Emergency Room arrival, another turtle is returned to the beautiful blue waters surrounding the tiny islets of Tubbataha. The data collected shedding ever more light on a species of marine animal only barely understood. 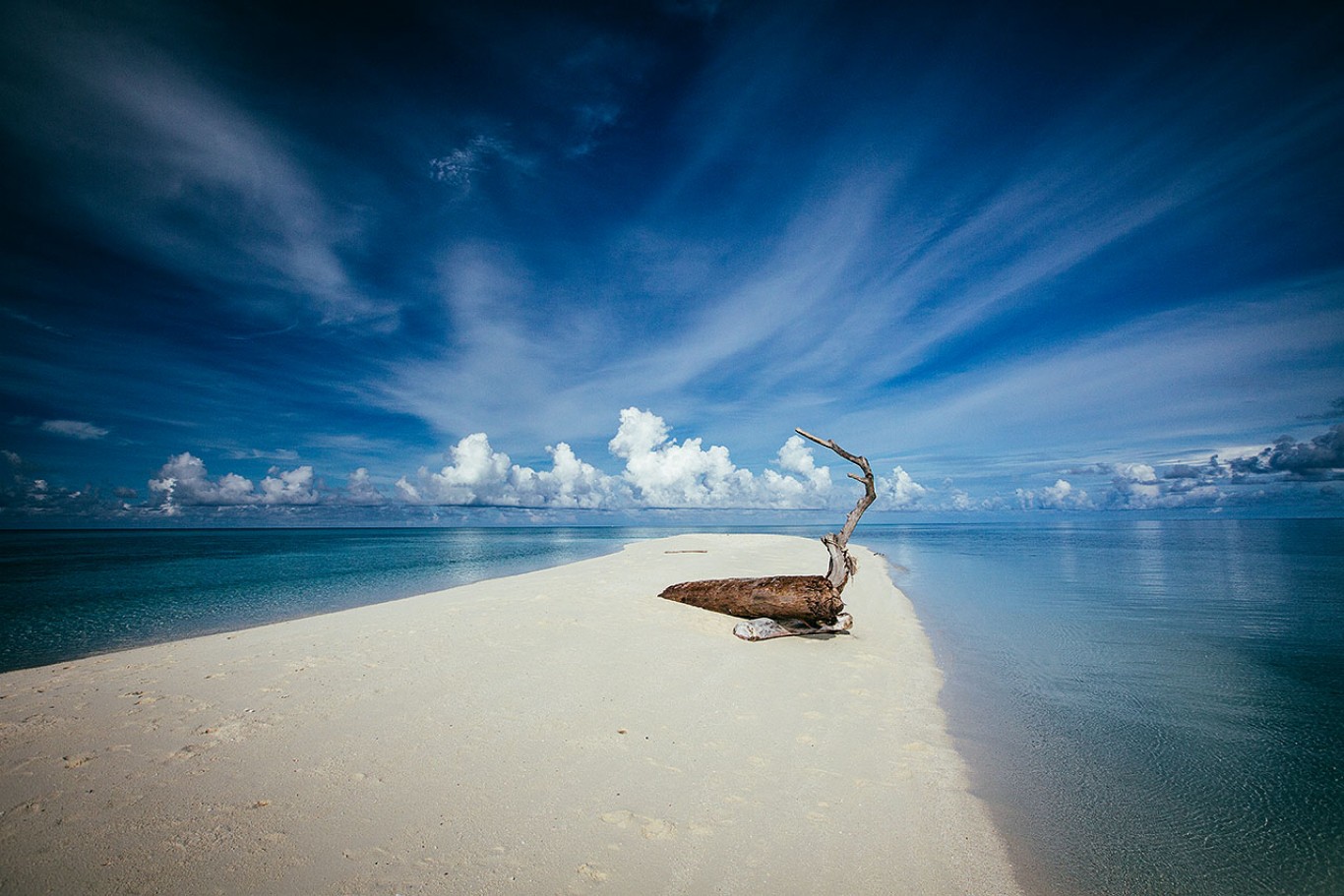 The distinctive sand spit next to the Tubbataha Ranger Station, which sits atop a shallow reef. This is the only bit of land on which the rangers can exercise and play games like volleyball 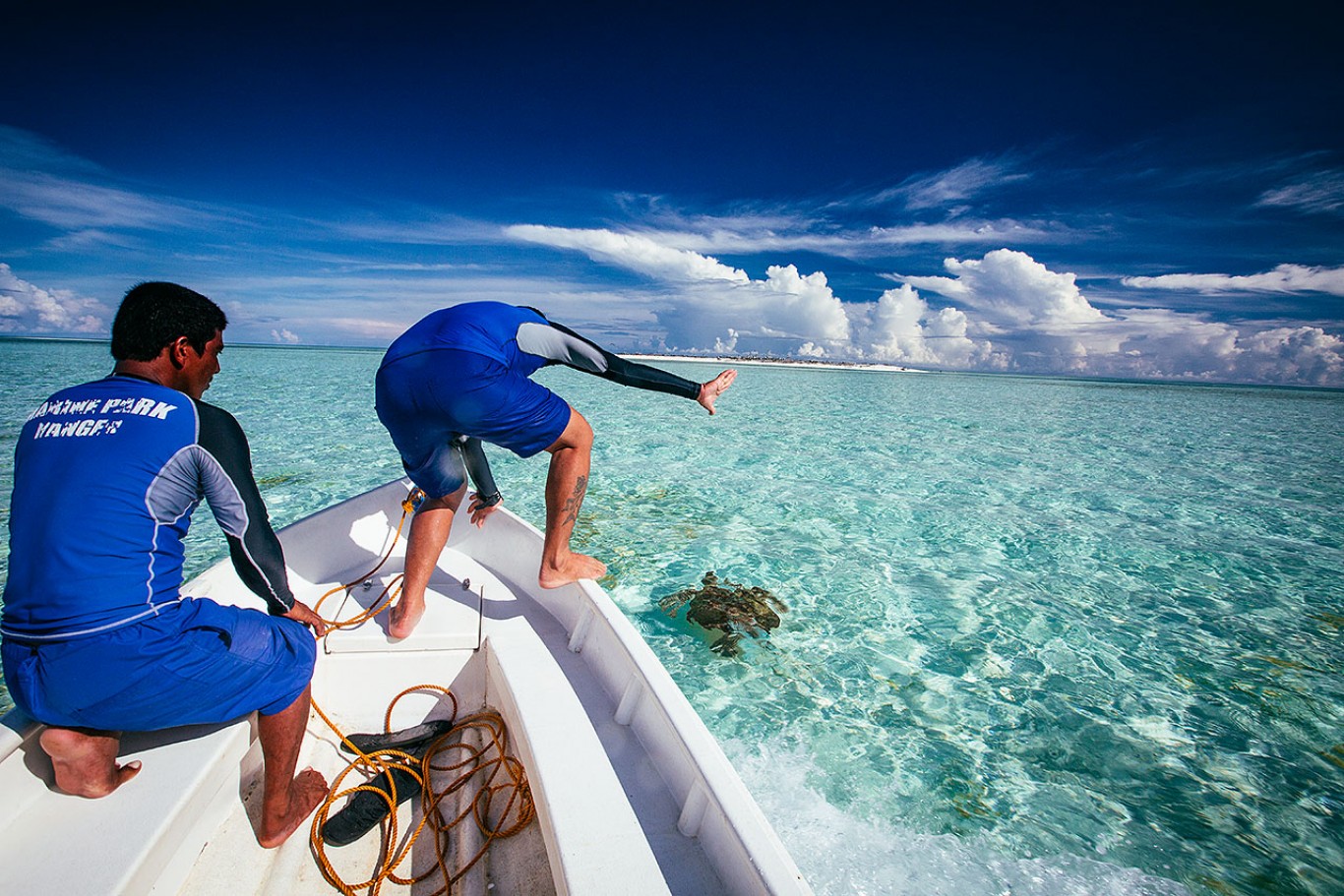 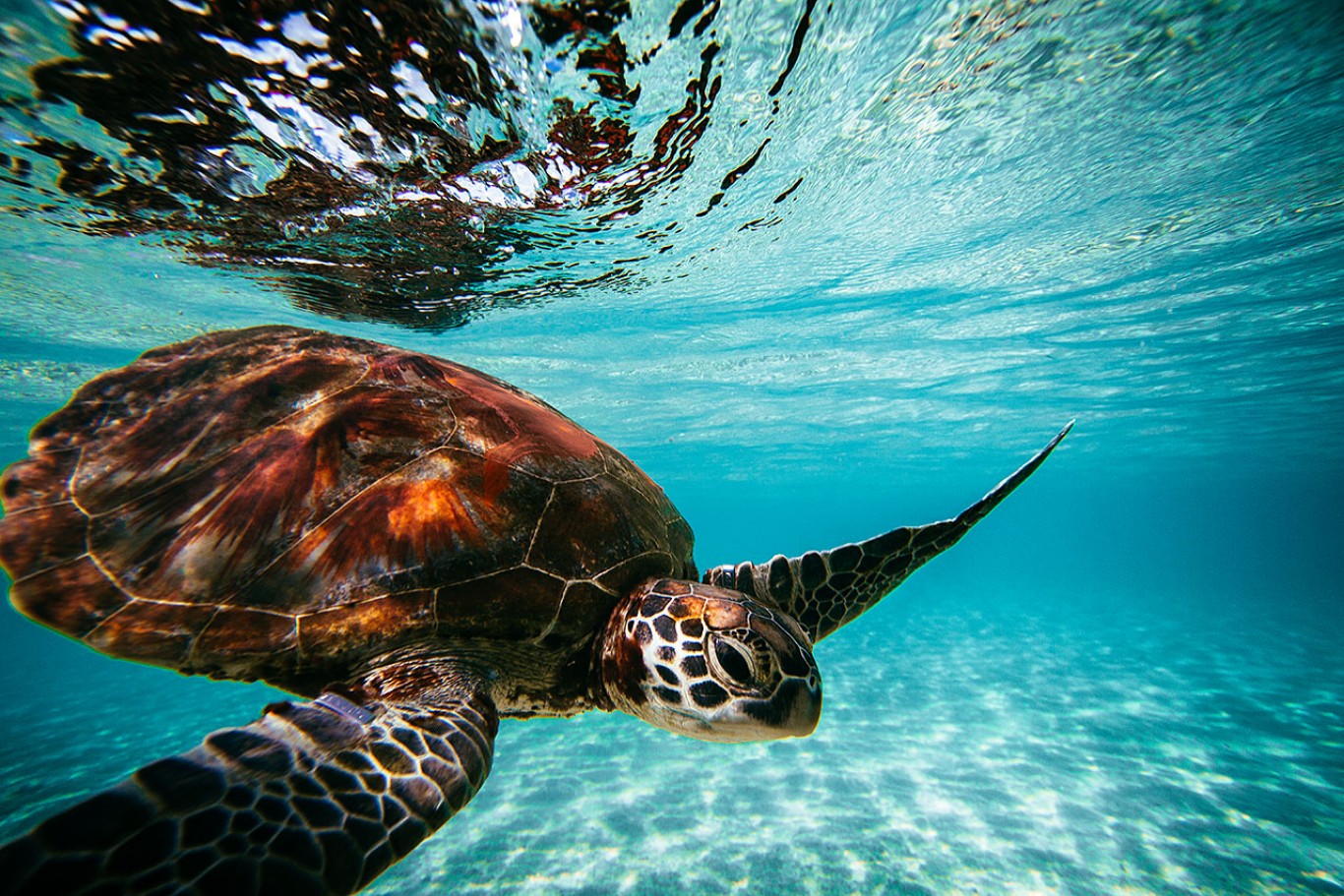 Turtes are relatively easy to catch, which has made them easy prey. They are considered a delicacy in many Coral Triangle countries, though catching them is illegal. Here of course, the intention is to assist in efforts to conserve them 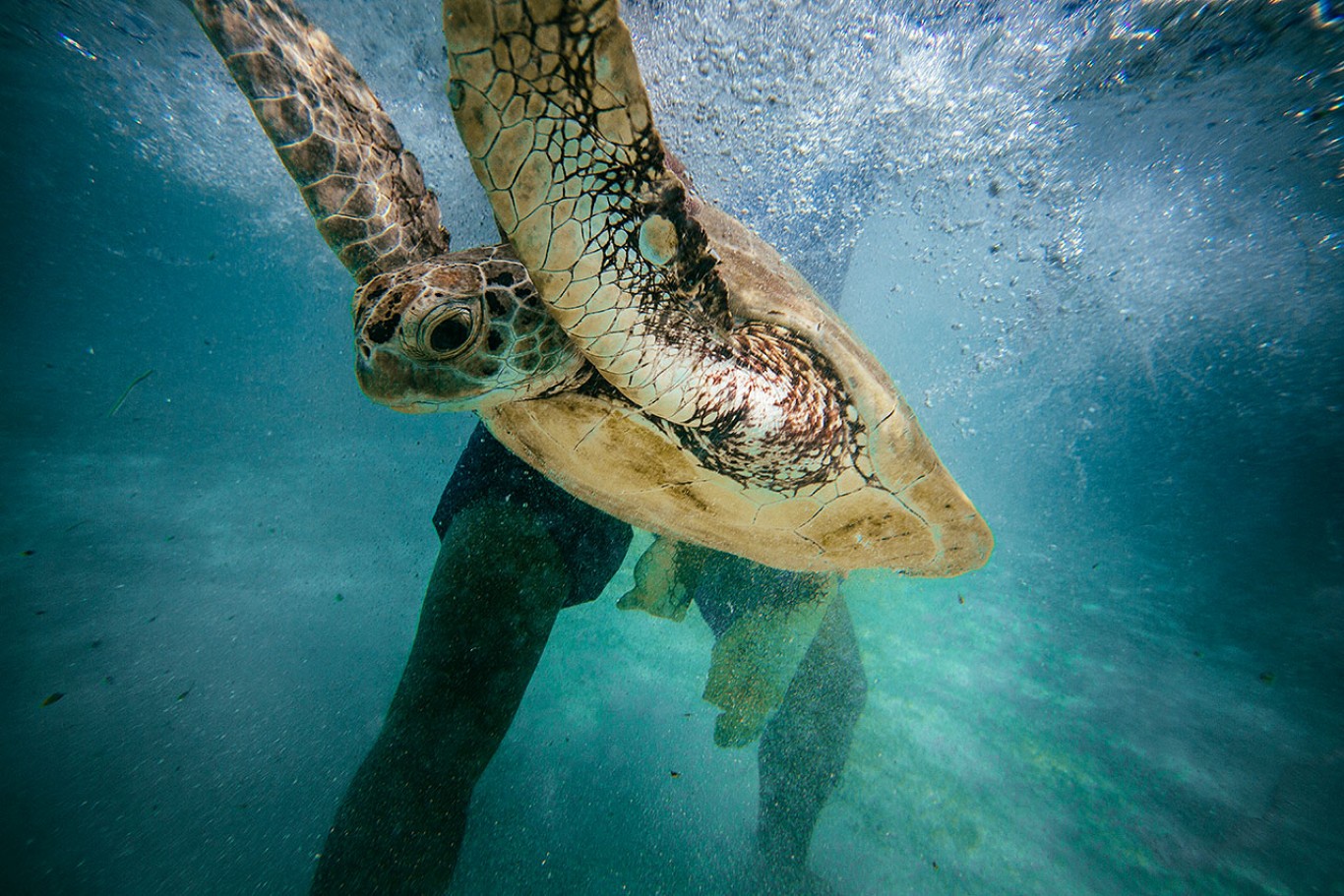 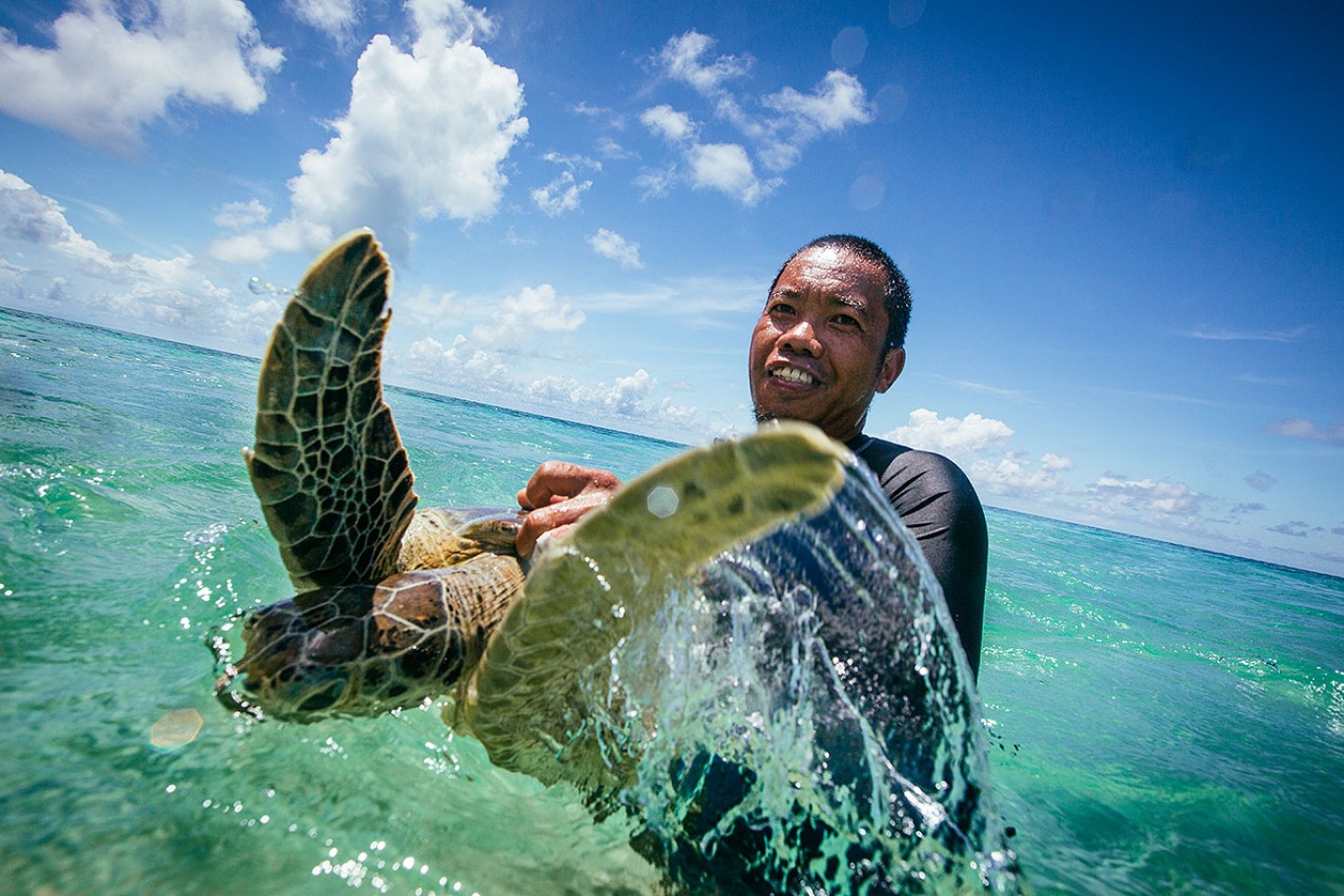 Over the course of less than a week, Dr. Nick leads our team of marine biologists, park rangers, and volunteers in a coordinated process to tag, measure, and laproscrope more than 200 green sea turtles. In an unexpected bonus, two enormous mature breeding males are captured by the park ranger ‘wrangers’ and fitted with satellite tags by Dr. Nick to provide invaluable information about the migratory / nesting patterns of these amazing animals. 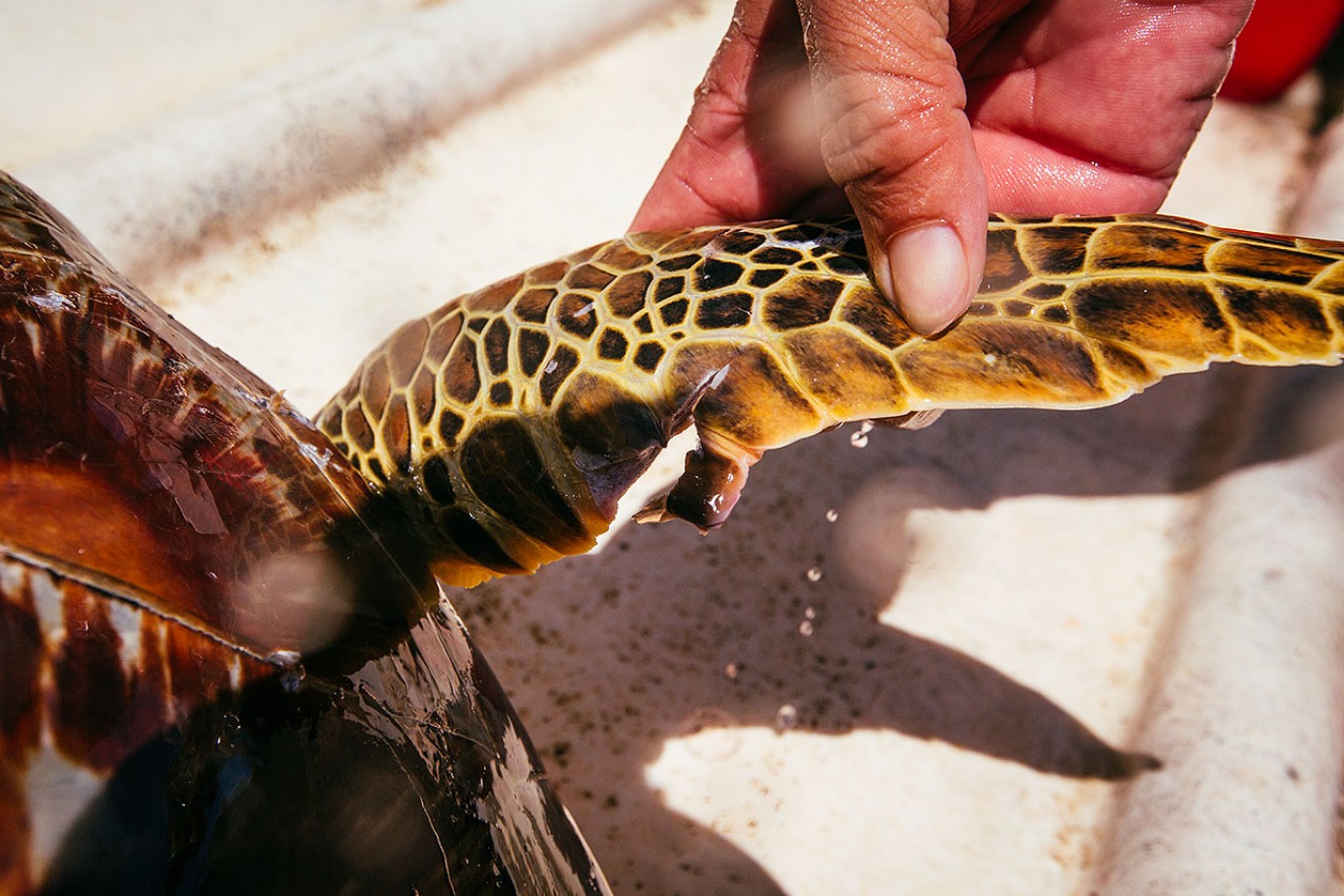 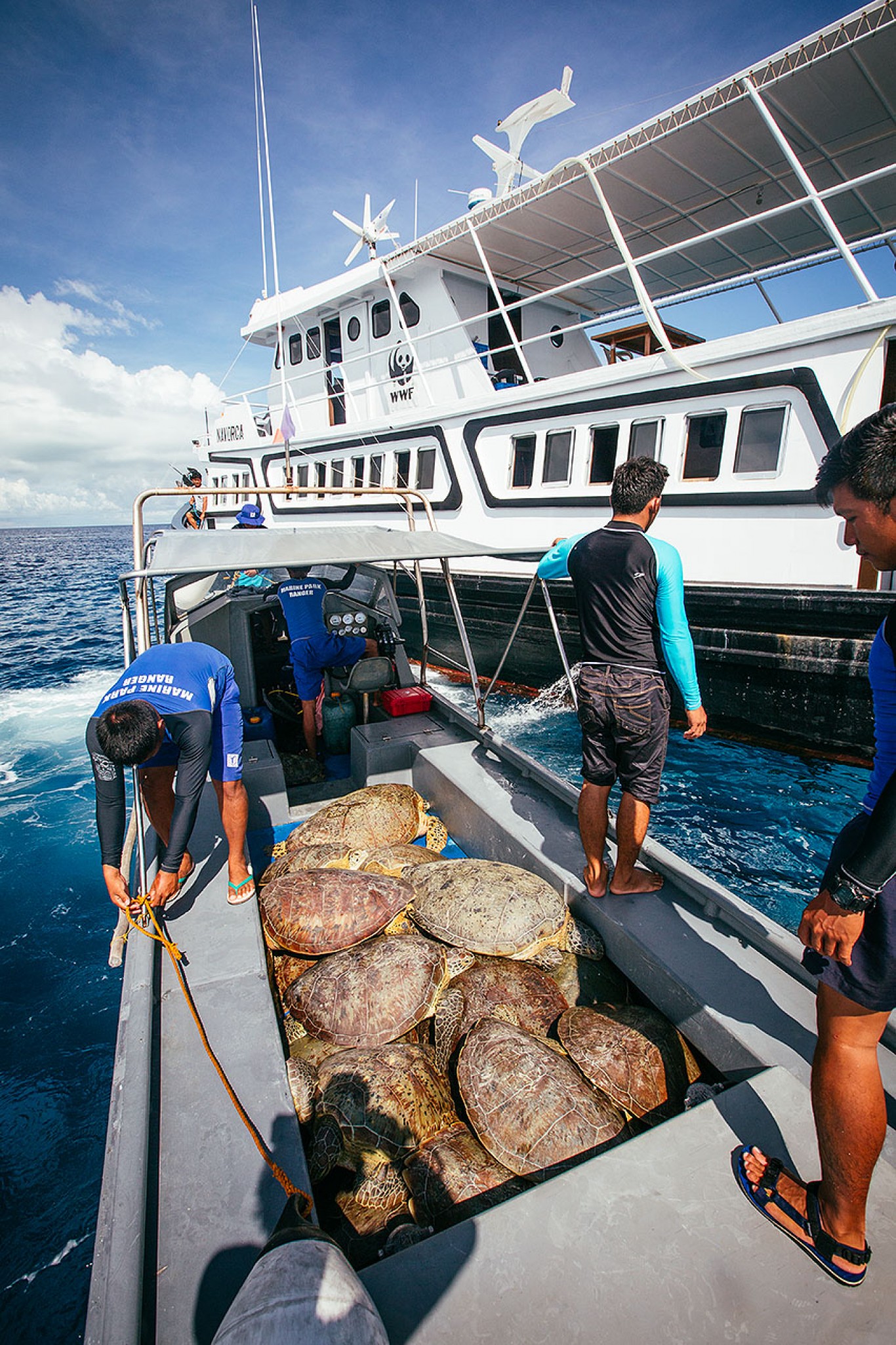 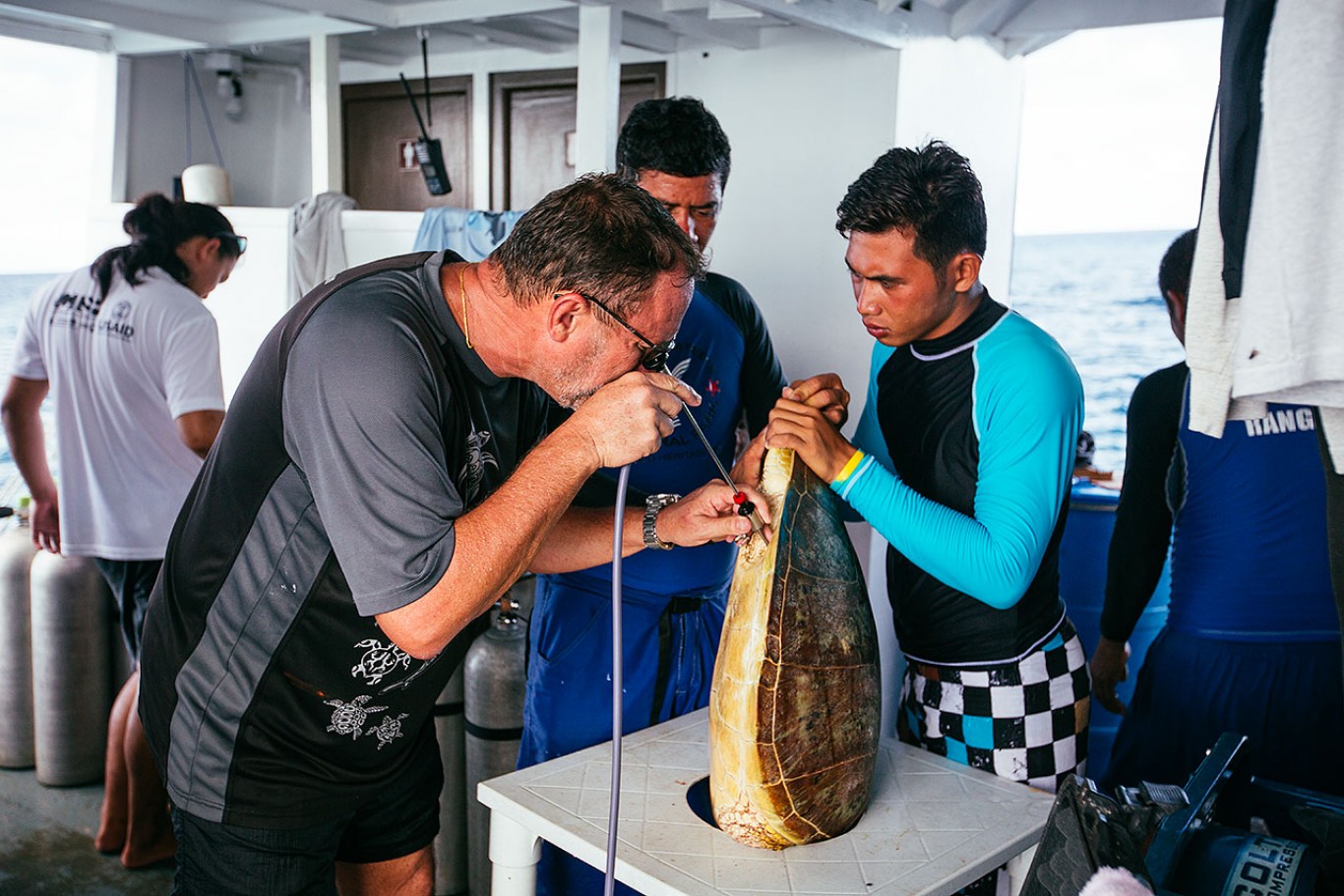 To see such a talented team at work in the field is a rare opportunity, and as a photographer / writer, is one that I will literally drop everything and make the trip to Palawan for. 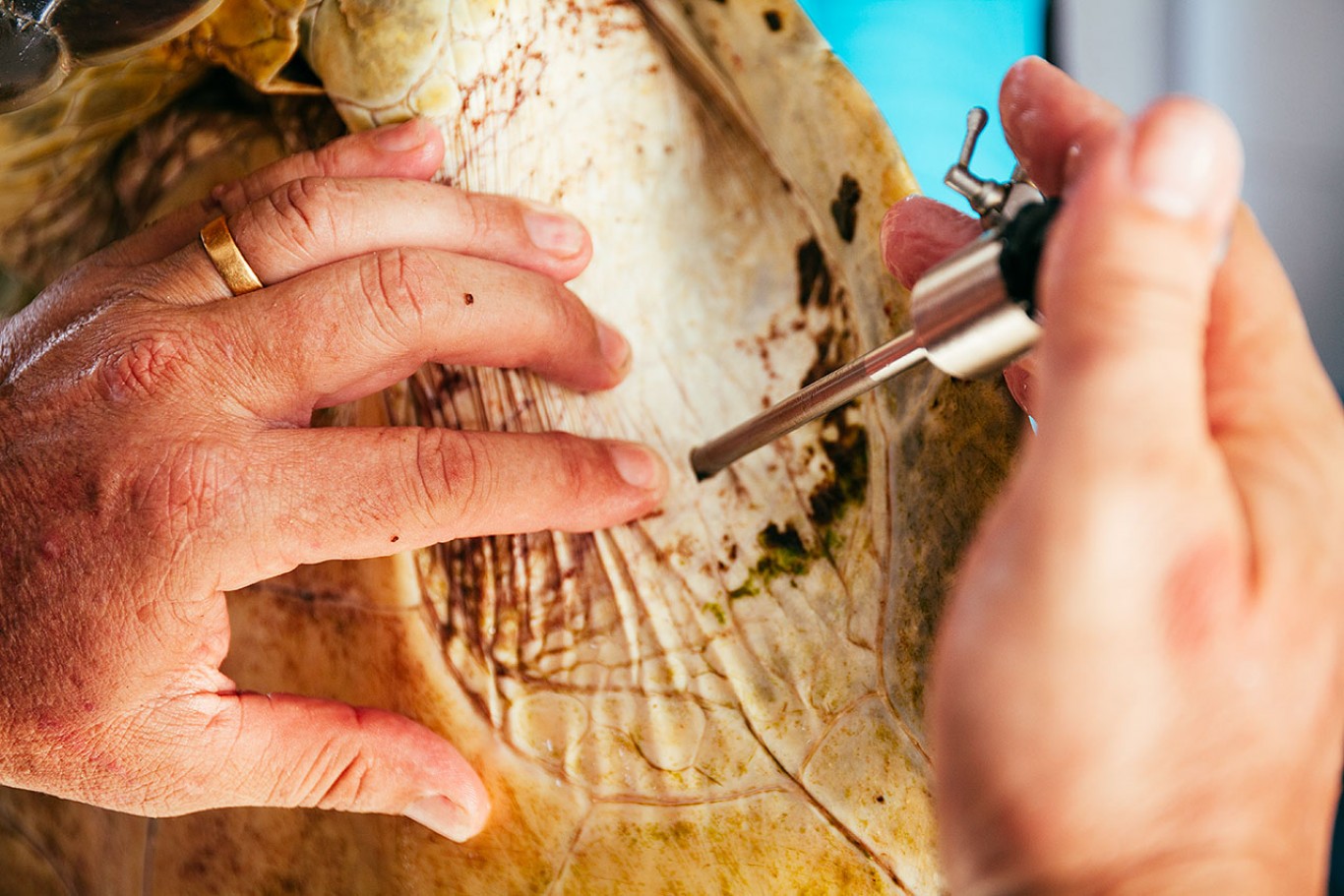 Using a tiny camera, Dr Pilcher can make accurate assessments of the turtle's age and whether it has already laid eggs 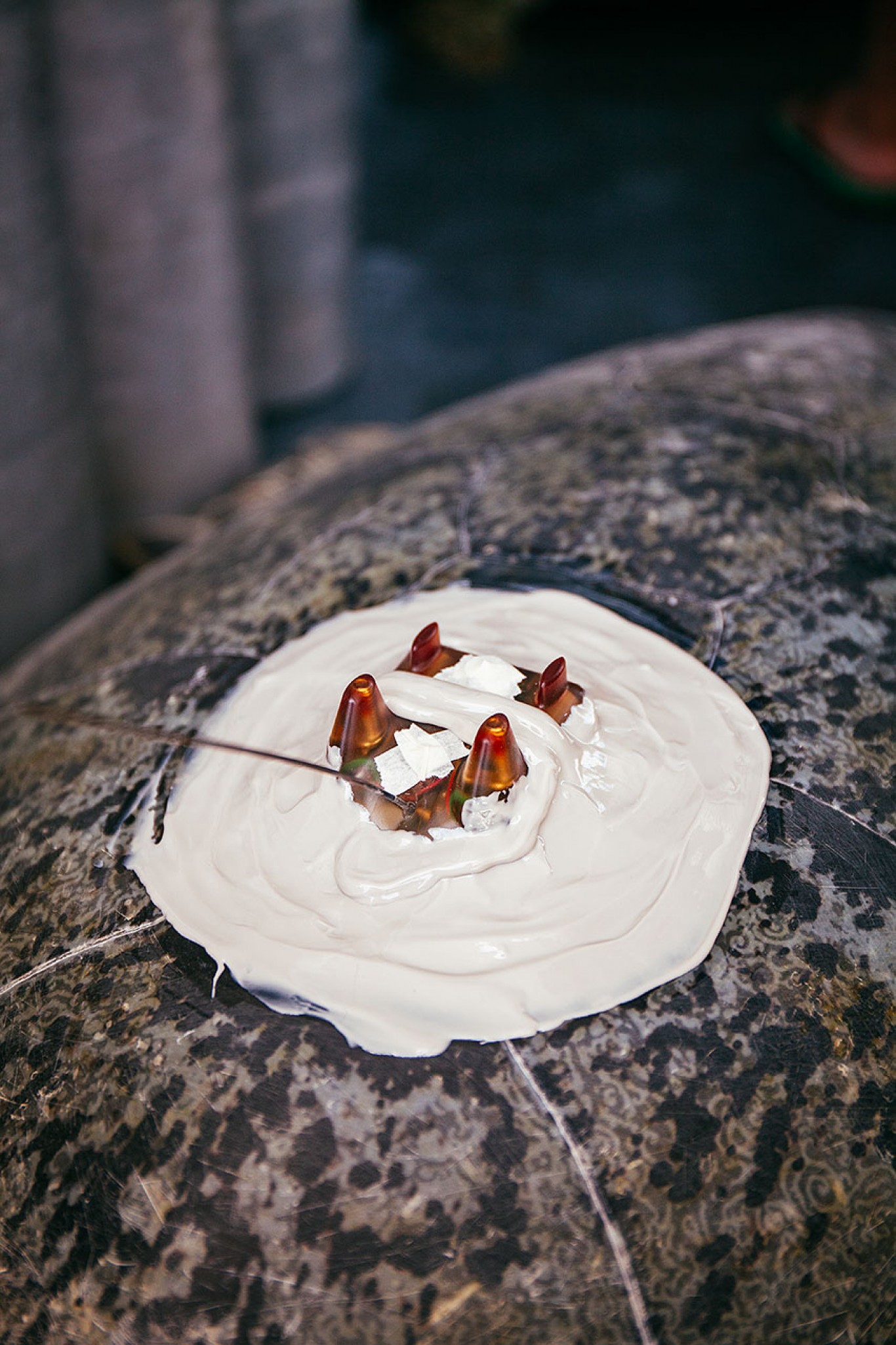 Satellite tag attached to the carapace of a mature green turtle – believed to be one of a tiny handful of breeding males ever to be tagged by satellite. 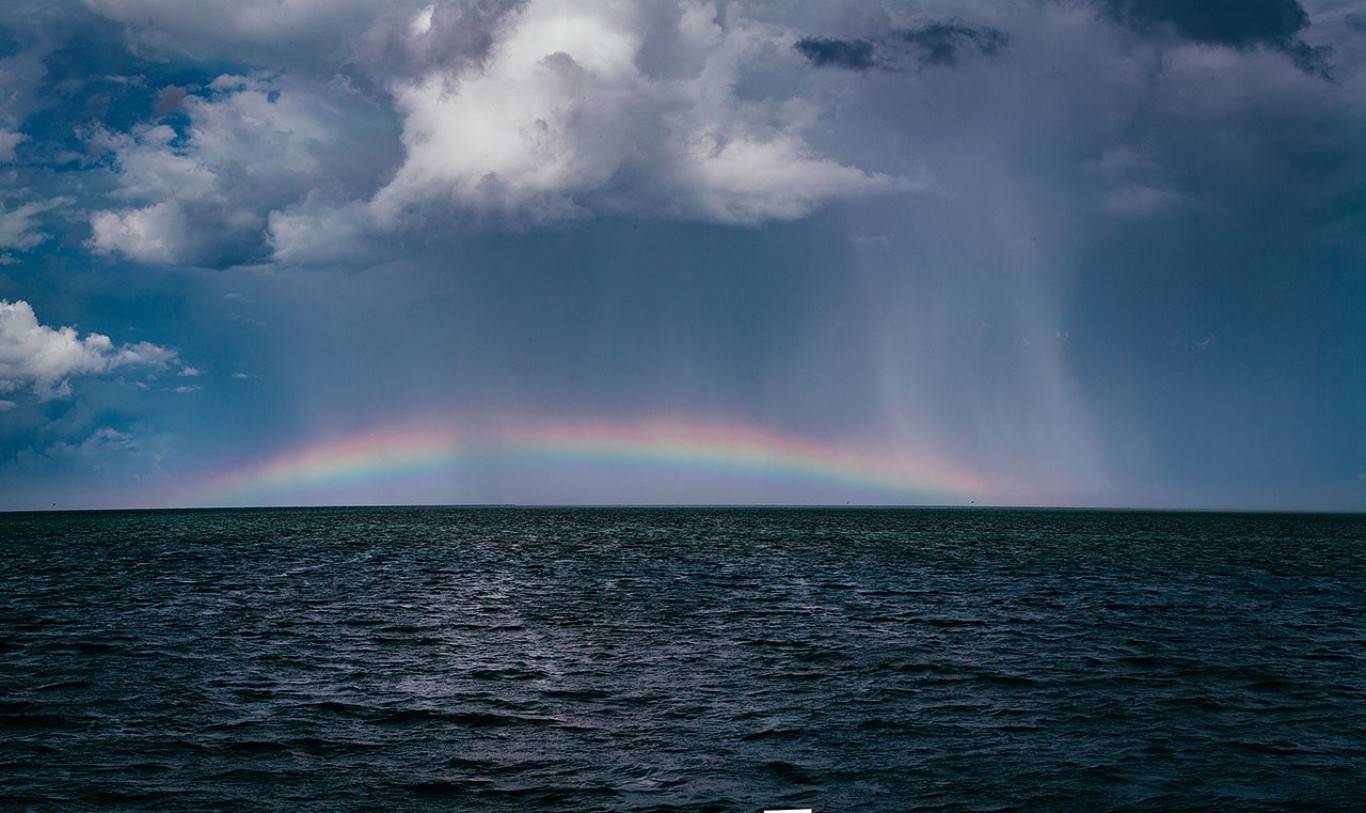 Late season / El Nino weather in June can bring some stormy weather to Tubbataha - but with it, some stunning rainbows 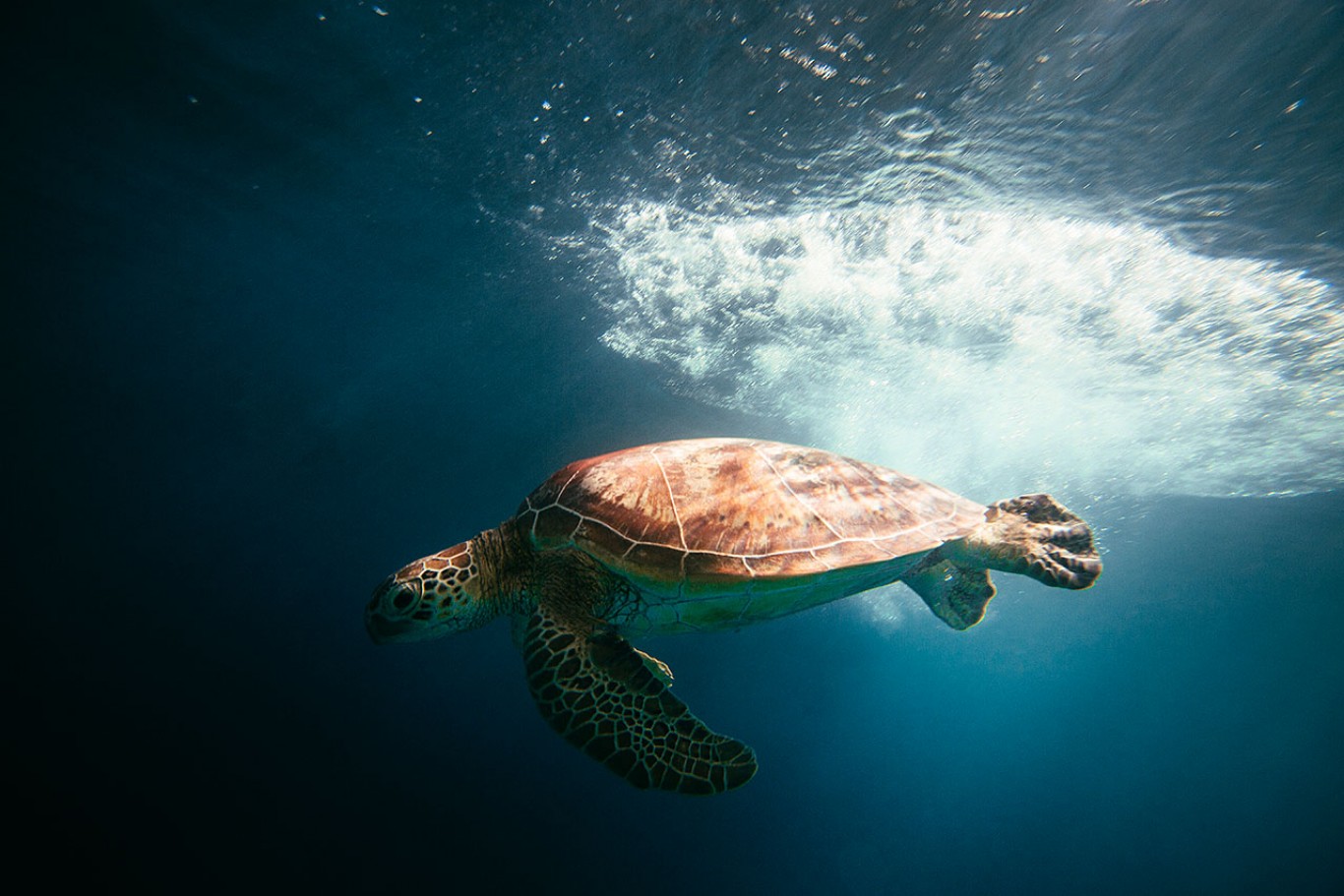 After the operation is over, the turtle is quickly released back into the water 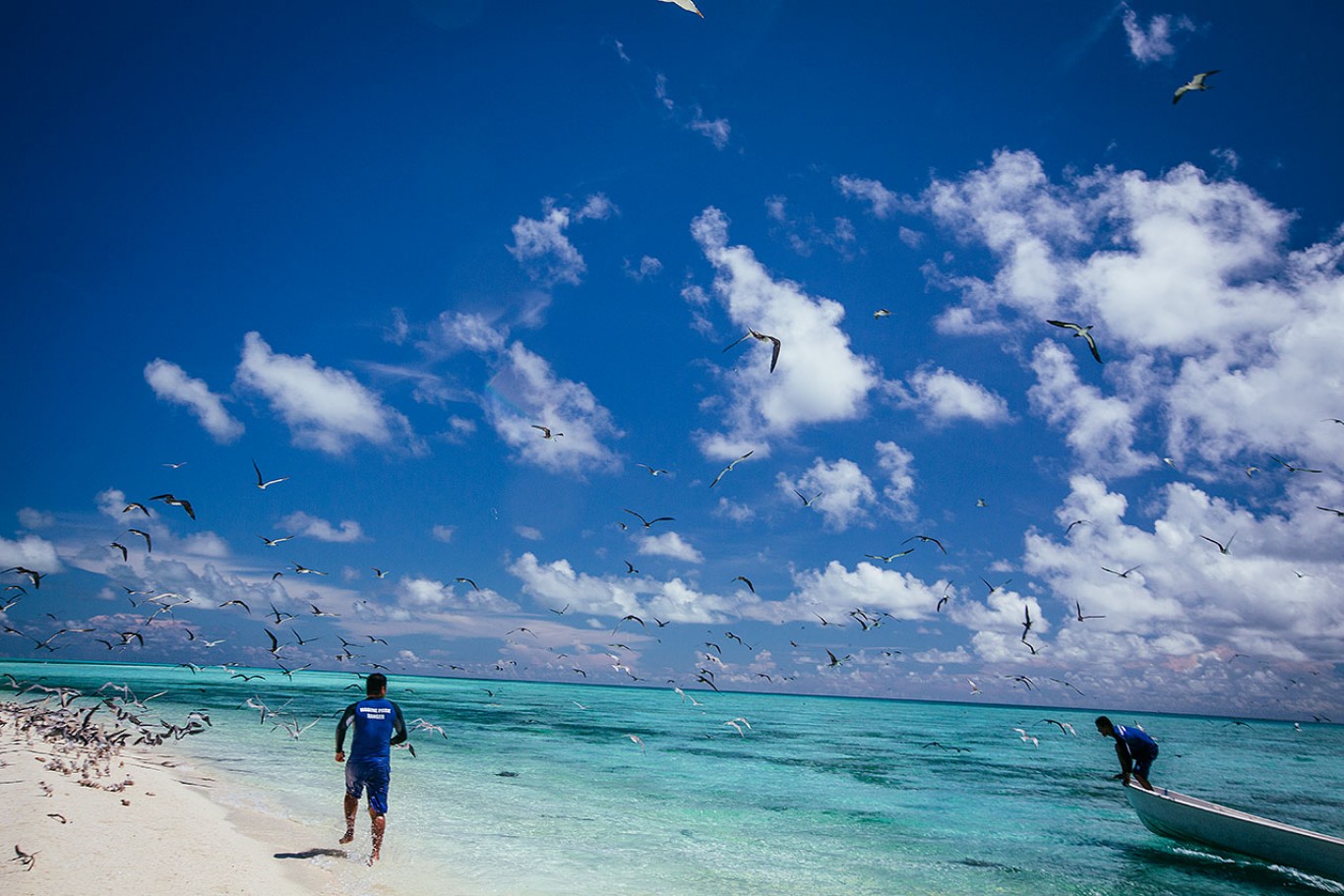 And although this is my third time to visit, the beauty of Tubbataha firsthand is an overwhelming experience – every trip underwater brings the chance of seeing rare and endangered species such as whale sharks, tiger sharks, bumphead parrotfish, and more. 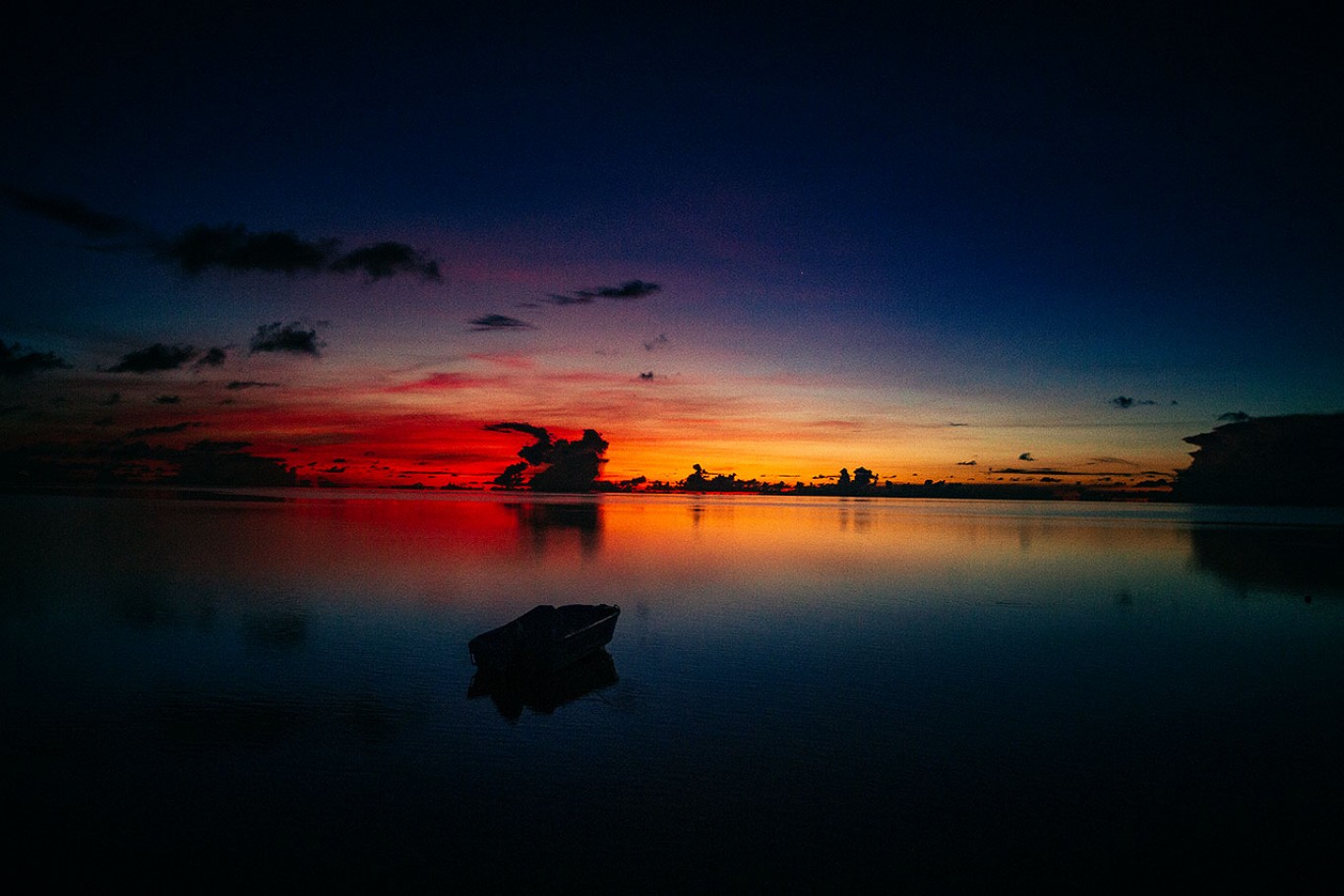 And the terrestrial beauty is no less amazing than that found beneath the waves. After a night spent on the upper deck of the Navorca, staring into the endless expanse of a universe of stars, I ask for the chance to spend the night on the Tubbataha Park Ranger station. 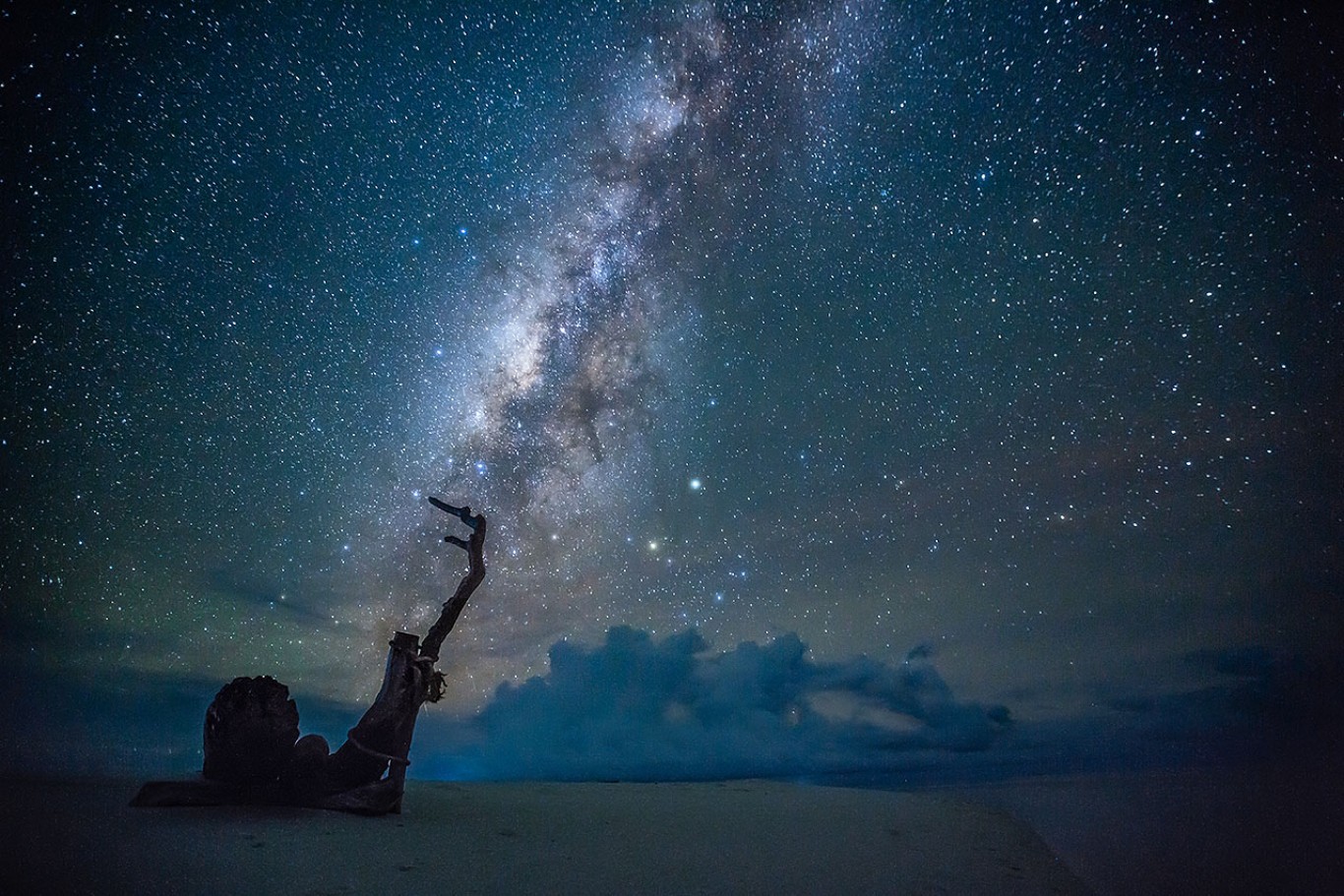 Worth waking up at 4 a.m. – the best view of the Milky Way that I’ve ever seen, Tubbataha Park Ranger Station

The tiny outpost proves to be the perfect platform for the most amazing night of astrophotography I’ve ever seen – the Milky Way galaxy appearing as a luminescent band across the night sky. 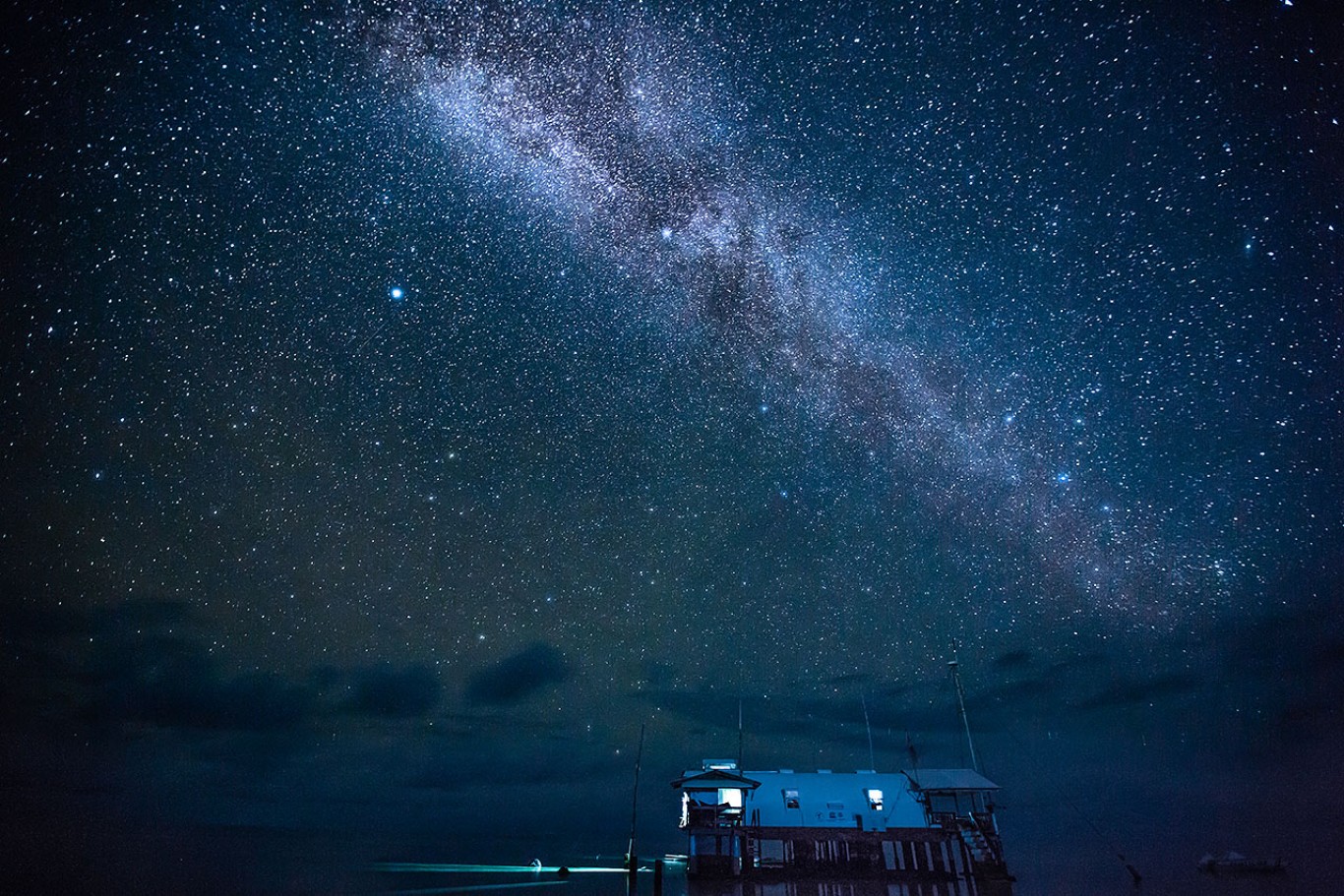 Worth waking up at 4 a.m. – the best view of the Milky Way that I’ve ever seen, Tubbataha Park Ranger Station