Fiji's Great Sea Reef is the third largest barrier reef on earth after Australia's Great Barrier Reef and the Meso-American Reef off Central America. Many are unaware of its existence, eclipsed as it is by its famous Australian cousin - yet it stretches unbroken for an astonishing 200 kilometres. In 2004, WWF carried out a biological survey which revealed just how important the reef was, both to Fiji and the rest of the world. The survey showed The Great Sea Reef is home to 75% of Fiji's coral species and an estimated 80% of all of its reef fish. Those lucky enough to visit the reef tend to do so at water level. Jürgen & Stella Freund witnessed it from the air on board a Robinson 44 helicopter. The images below, captured by award winning photographer Jürgen Freund, show the full extent of the reef and the islands whose inhabitants rely upon it for their livelihoods. 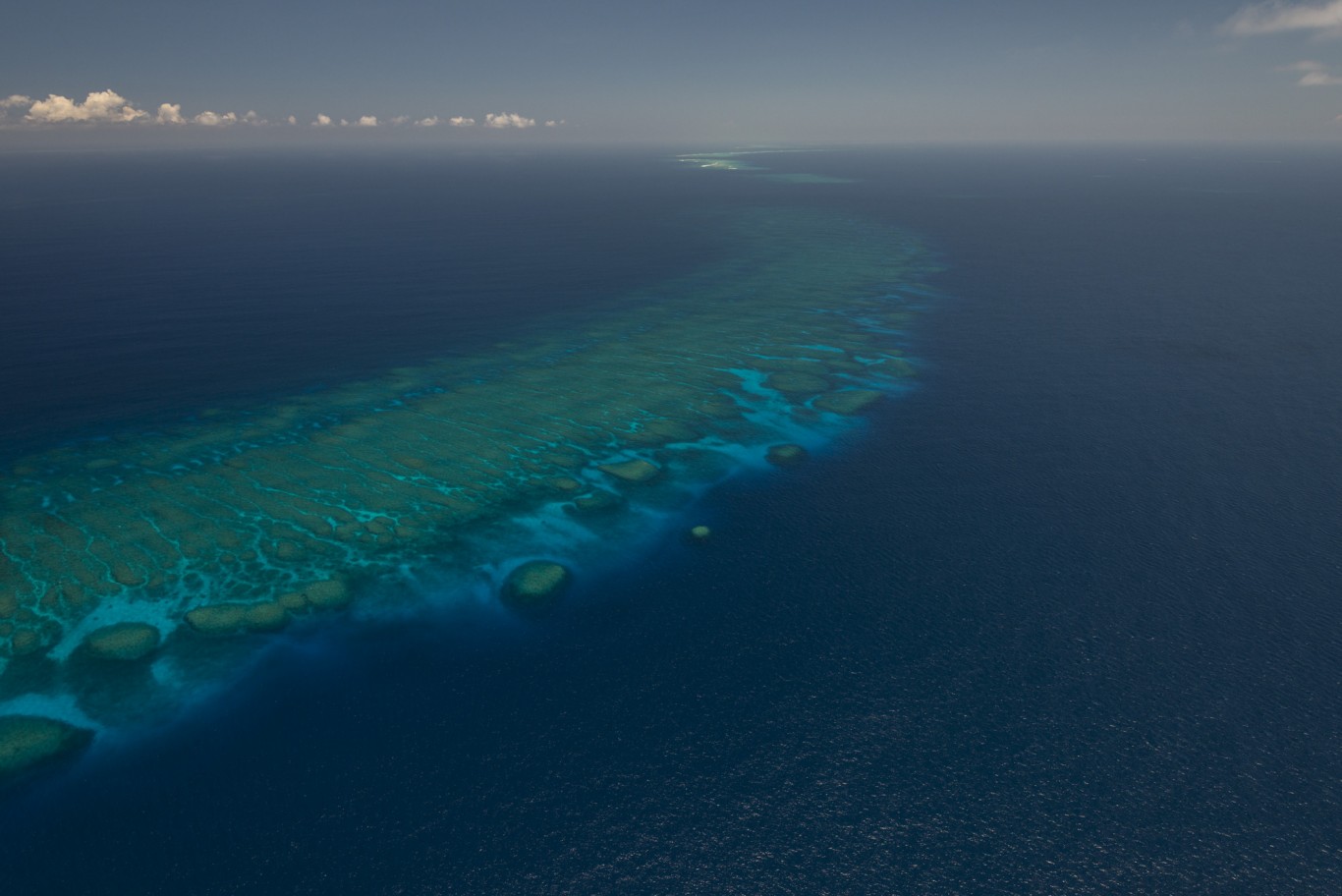 The Great Sea Reef snakes for 200km across the islands of Fiji and contains 74% of the country's coral species and an estimated 80% of all tropical reef fish species. Locals have their own names for their particular section of reef and only recently learned of its global significance as the third biggest barrier reef on earth. Photo: Jürgen Freund 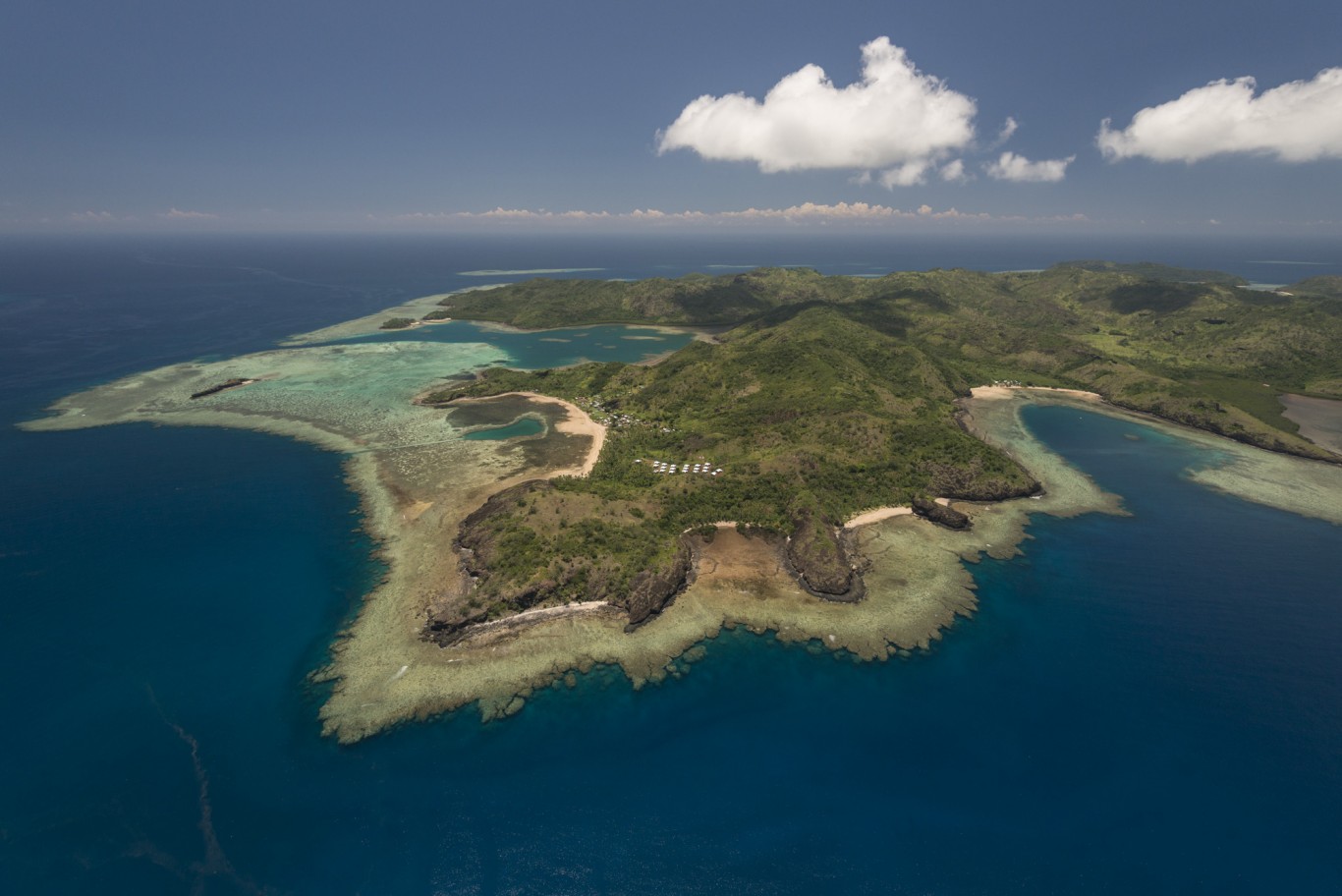 In 2012, tropical cyclone Evan hit Fiji. Yadua Island was badly hit. Here we see Yadua Village and the new Cyclone Evan Rehabilitation Housing Project that was built in the aftermath of the storm. Cyclones are an all too regular occurrence in Fiji. Photo: Jürgen Freund 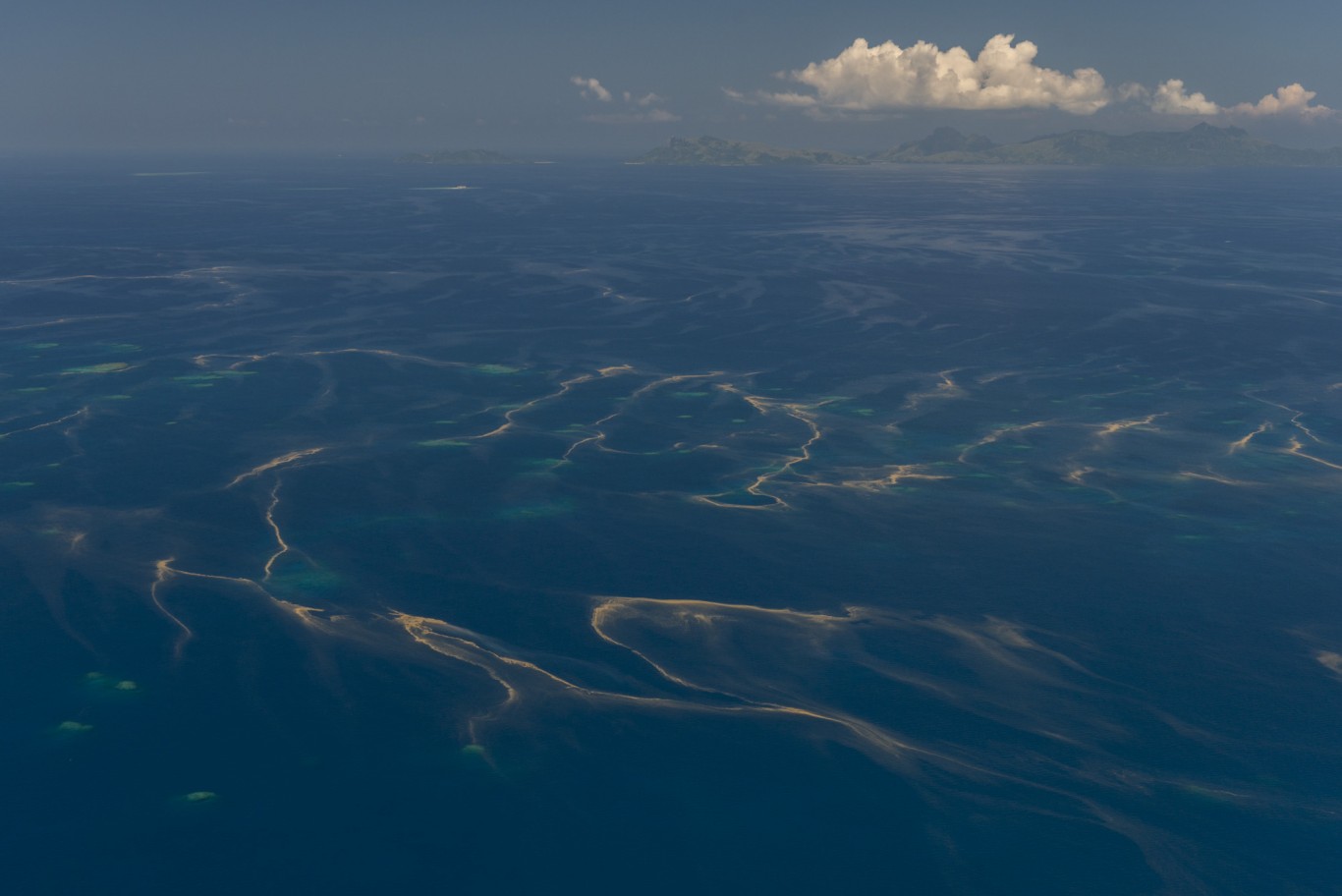 Scattered small reefs with what looks very likely to be coral spawn on the water’s surface, indicating that a mass synchronised spawning took place the night before. It's rare to witness a mass synchronised spawning underwater, since it takes place rarely and only at night. Seeing its aftermath from the air was a rare privilege! Photo: Jürgen Freund 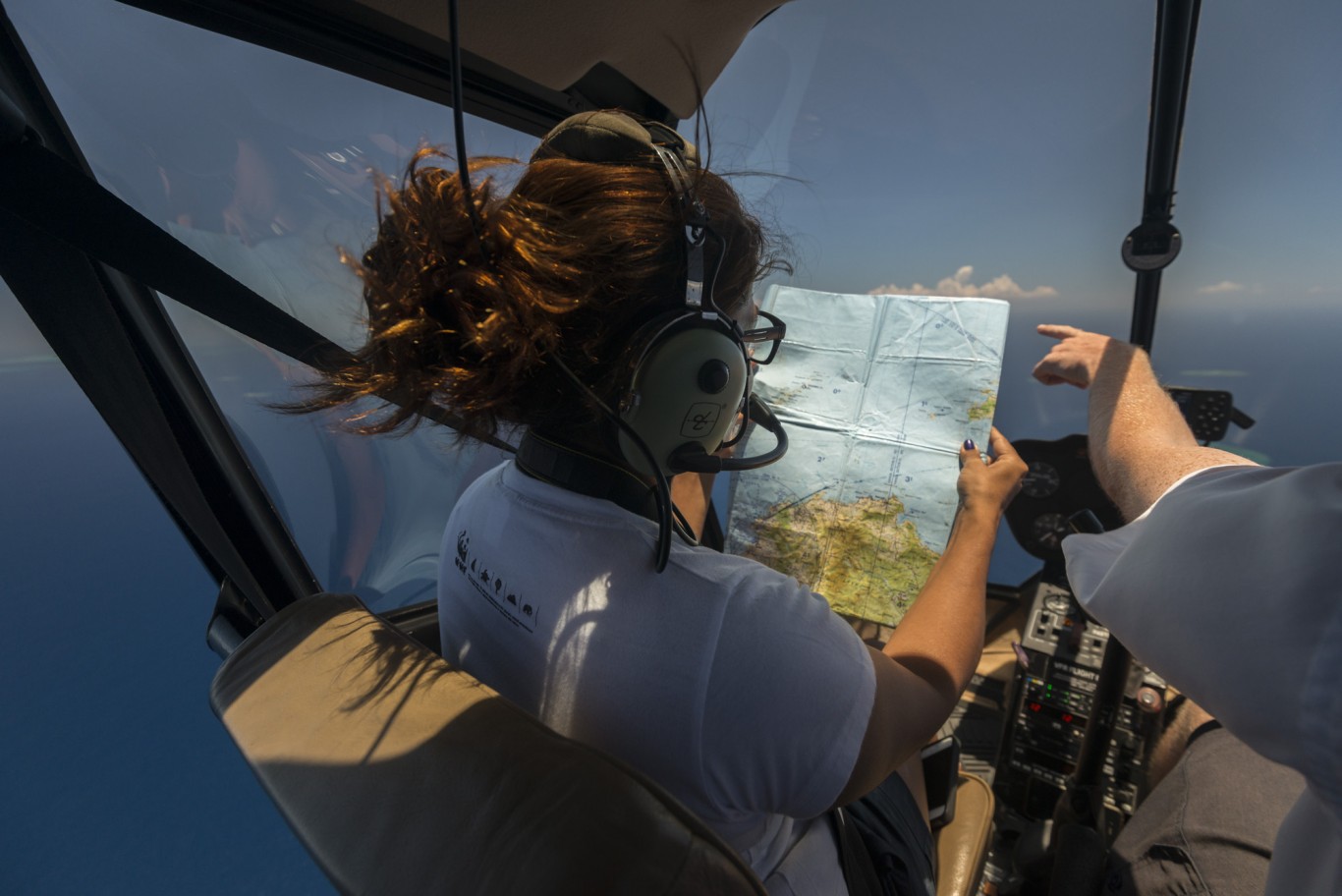 Patricia Mallam of WWF South Pacific, aloft in a Robinson 44 helicopter, checks a map so she can locate the Yasawa reef, a popular spot for divers. Photo: Jürgen Freund 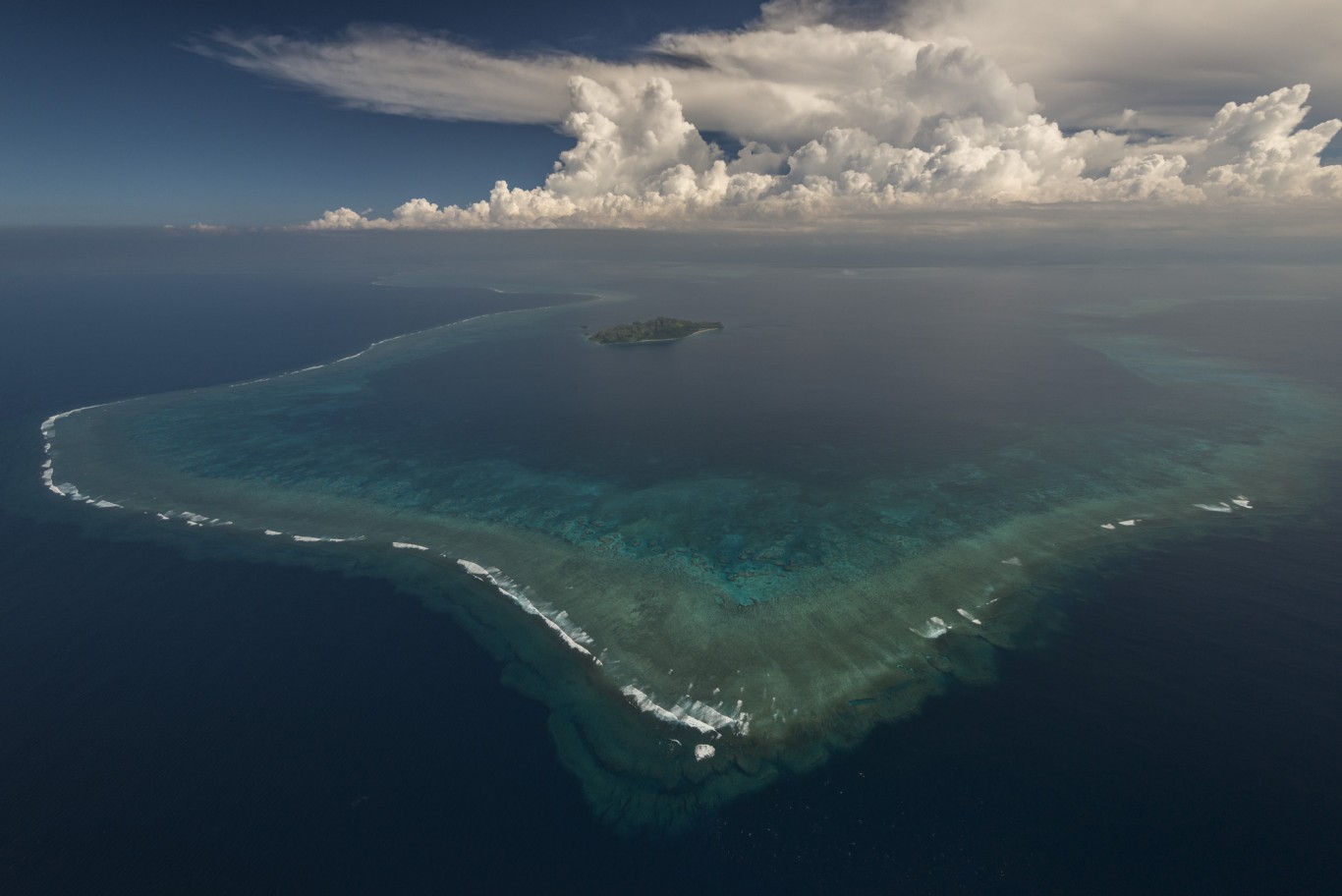 A section of the Great Sea Reef that seems to embrace tiny and isolated Kia Island in Fiji's Northern Division. Photo: Jürgen Freund 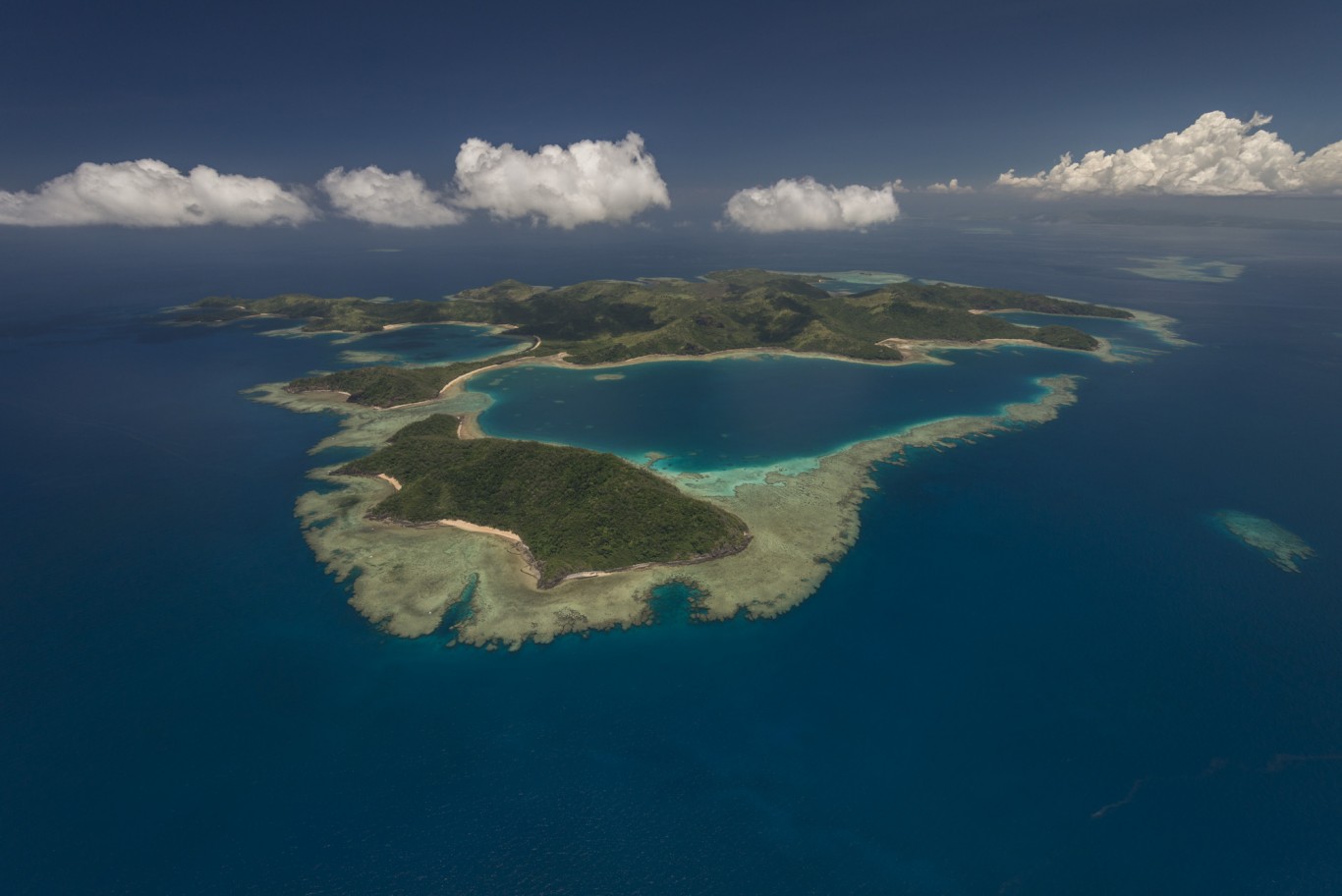 The reef around Yadua and Yadua Taba islands protects a lagoon. The islands are protected and provide a sanctuary for the Fiji Crested Iguana. Boats are not allowed to land here. Photo: Jürgen Freund 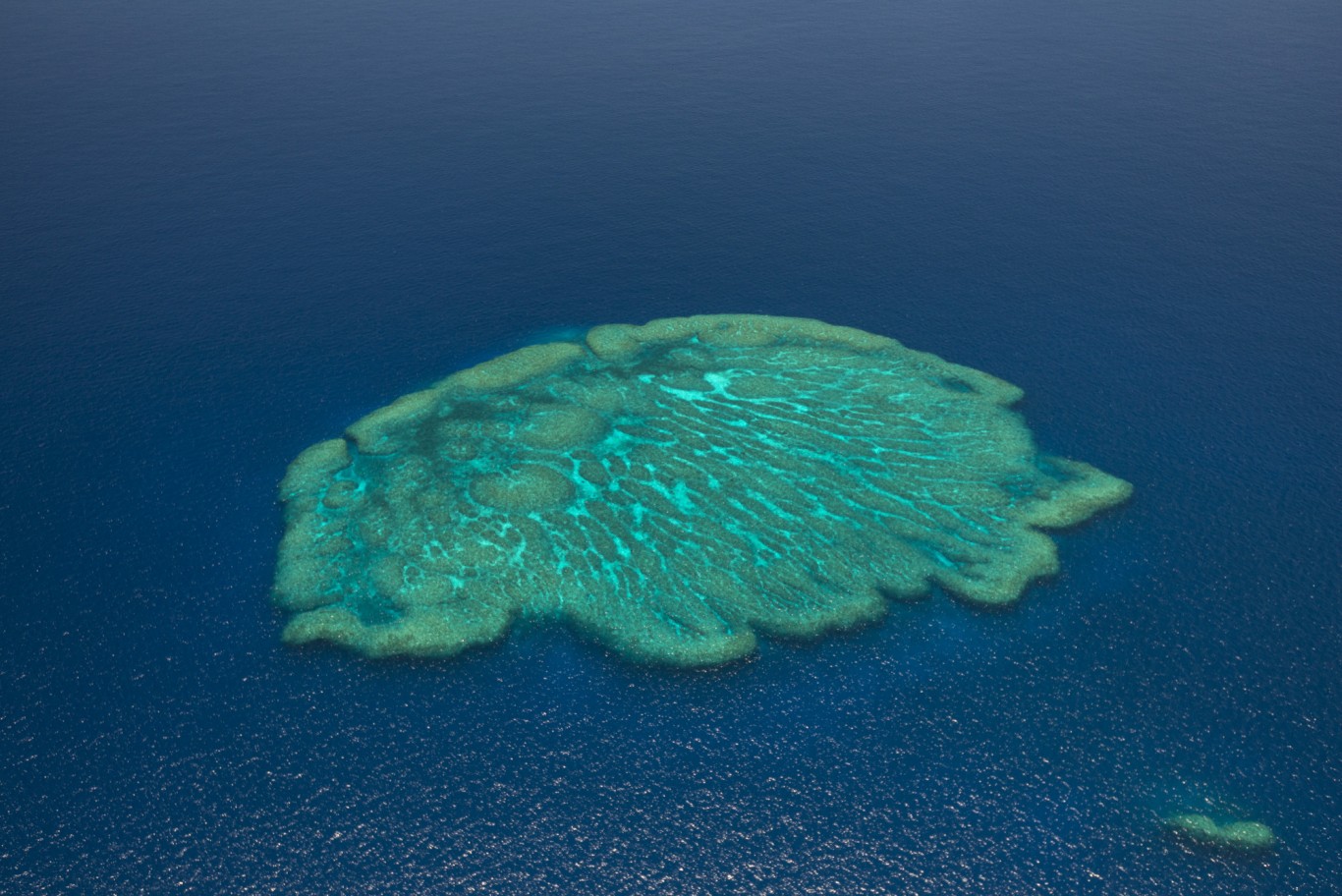 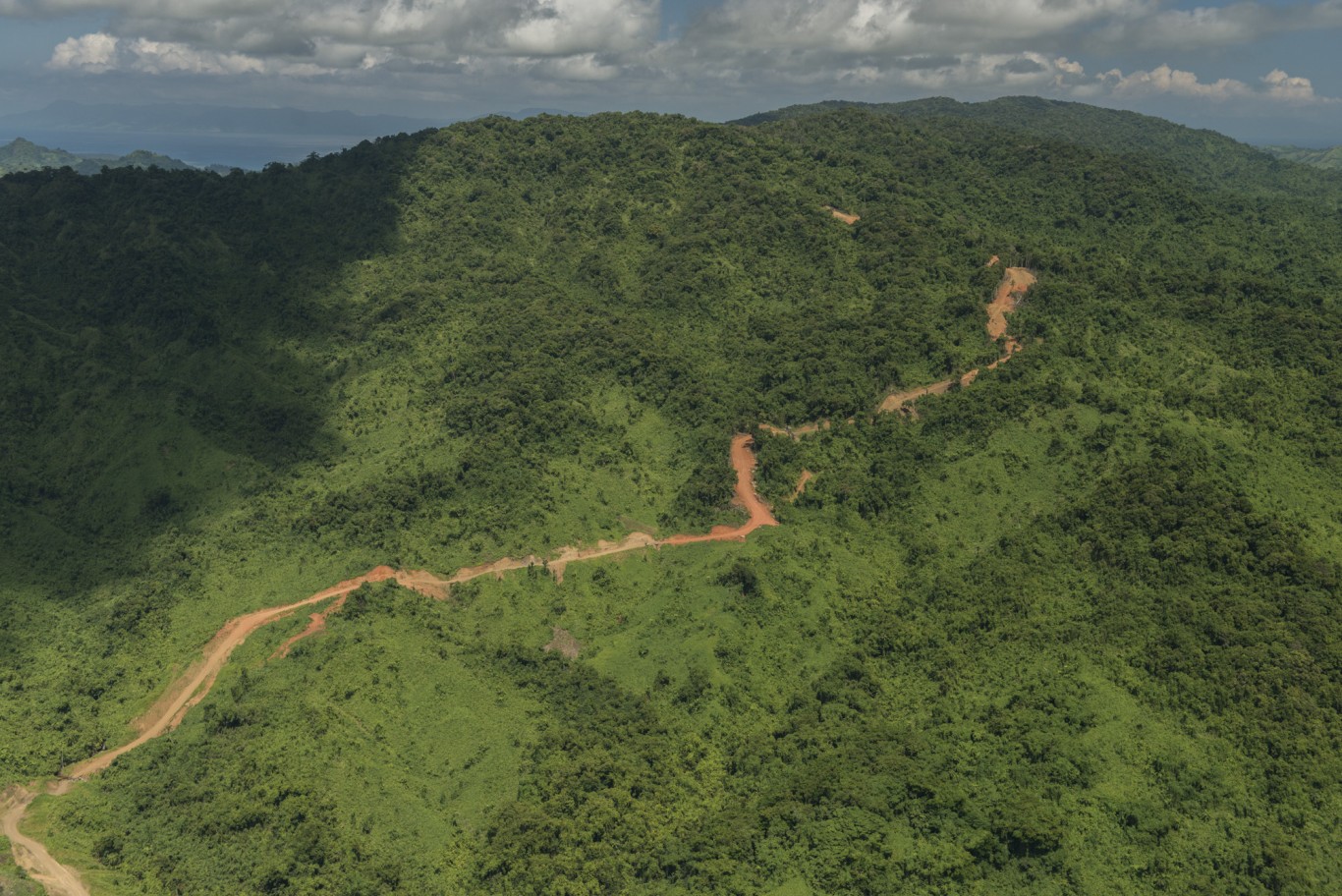 A dirt cuts through the rugged mountains of Vanua Levu. Geologists believe that Fiji's main island was formed by disparate islands coming together as a result of uplift, which explains in part the mountainous topography. Photo: Jürgen Freund 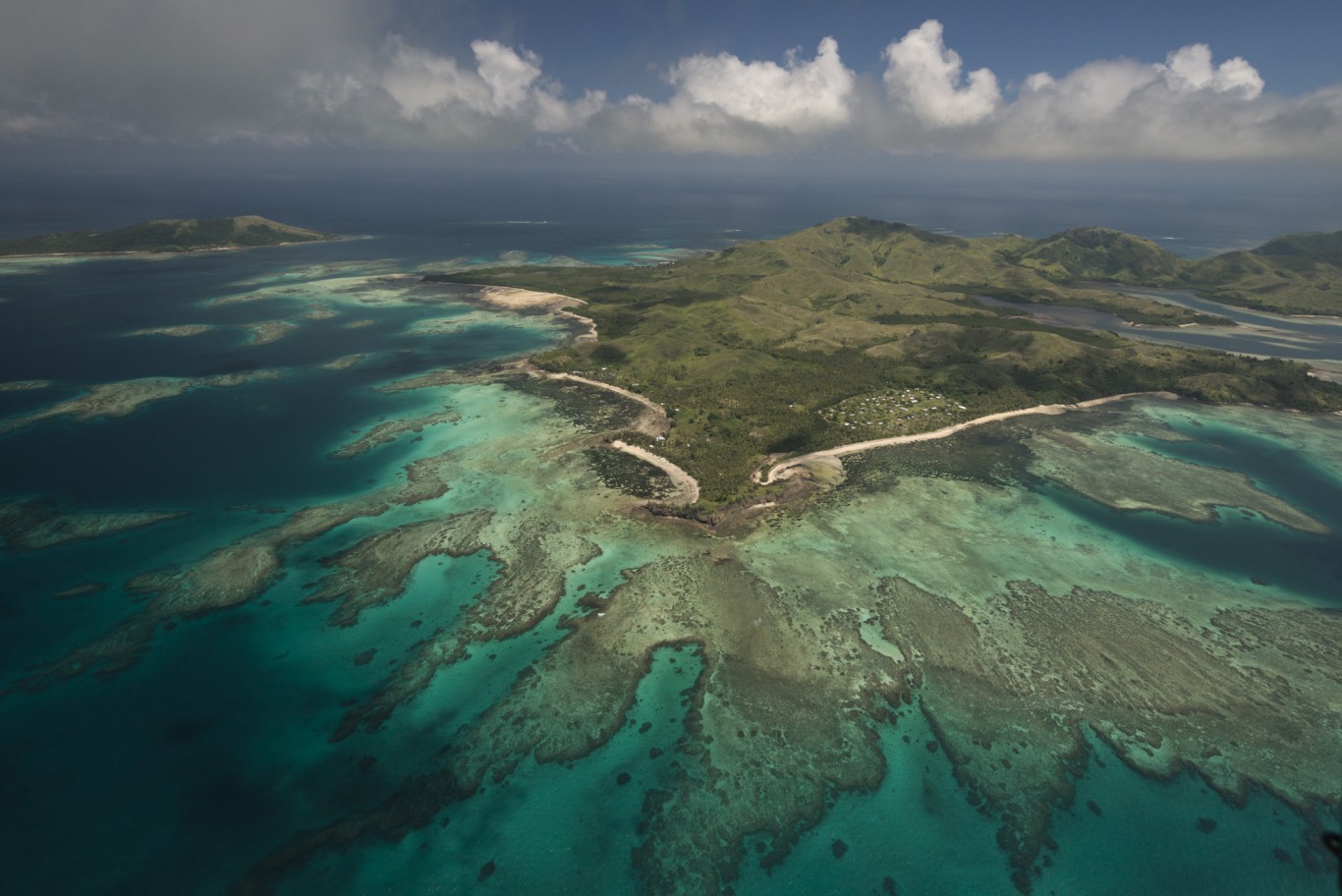 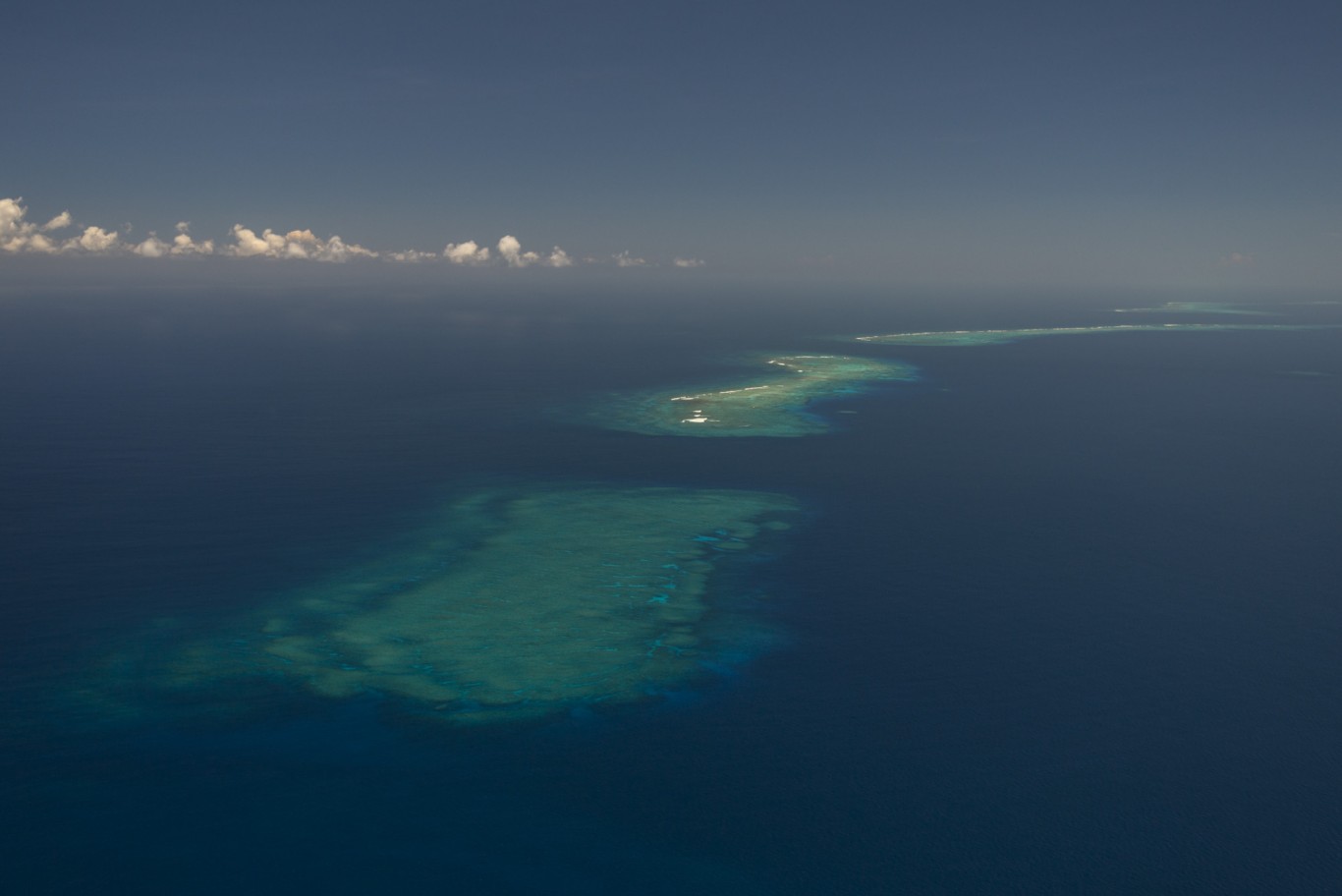