Sergeant Armando Pante is no stranger to explosives. The retired Marine Corps Sergeant survived the notorious battle for Camp Abubakar at the height of the Moro Insurgency. In all, Pante spent 21 years in the Philippine Marines, before returning to his native province, Llocos Norte in Luzon Island. “I was ready to live the rest of my days in peace…but fighting is in my blood,” he says. Which is why the formidable Sergeant Pante has turned his attention to a different kind of battle – to protect the seascape off Ilocos Norte from illegal fishers using dynamite and other destructive methods to catch fish…


Last week, the retired Marine Corps Sergeant vowed to fight a new war – this time, to protect the seas of Ilocos Norte from illegal fishers. On 23 January, Pante and 19 other fishermen from the town of Pasuquin were deputized as Bantay Dagat or fish wardens – volunteers who patrol and protect Philippine waters.

The famous Bantay Dagat or Sea Patrol movement was set up in the 1970s to help the government protect coastal waters.  “Members are drawn from local fisherfolk who undergo three days of standardized training," says Mary Ann Salomon, Head of the Fisheries Regulatory & Law Enforcement Division. "On graduating, they are issued ID cards by the Bureau of Fisheries and Aquatic Resources (BFAR), giving them a three-year window of authority to enforce the Fisheries Code in their areas,”

Thunder under the sea

Dynamite or blast fishing became rampant in the Philippines after the Second World War. US soldiers would sometimes lob grenades into shoals of fish, providing local fishing communities with a lucrative new means of instantly increasing their catches. But it's an incredibly destructive practice. These days, blast fishermen use powdered Ammonium Nitrate (usually from fertilizer), kerosene and small pebbles, which are packed inside a glass bottle andcovered with a blasting cap. New designs integrate long metal rods which absorb sound and act as sinkers. The impact underwater is devastating.

A single blast’s shockwave typically travels at about 1500 meters per second (the length of 15 football fields), killing or maiming every fish in range and often liquefying their internal organs. The fish are then collected either by divers using hookah air compressors where an on board engine pumps air through a garden hose, or using nets.  Coral reefs that may have taken thousands of years to grow, are reduced to rubble in a matter of seconds, obscured by wafting clouds of silt. Recovery can take decades, if it's indeed even possible. And then there is the human cost - Blast fishing is prohibited in the Philippines, but many Filipino fishers still use homemade bombs. A 1999 study by Rupert Sievert estimated that 70,000 fishers use the dangerous contraptions. Some fishermen lose limbs and sometimes even the sight in one or both eyes due to bombs exploding prematurely.
A finished bomb, ready to be tossed into a shoal of fish Photo by Jurgen Freund/WWF
A typical blast from a bottle bomb. The force of the blast ruptures a fish's internal organs and reduces reefs to rubble. Photo by Jurgen Freund/WWF
This is what a reef looks like after it's been bombed Photo by WWF Philippines
How to make a bottle bomb using just fertiliser, matches and a soft drinks bottle Photo by James Morgan (www.jamesmorgan.co.uk)
Confiscated blasting caps Photo by Gregg Yan/WWF
Fish wardens training Photo by Gregg Yan/WWF 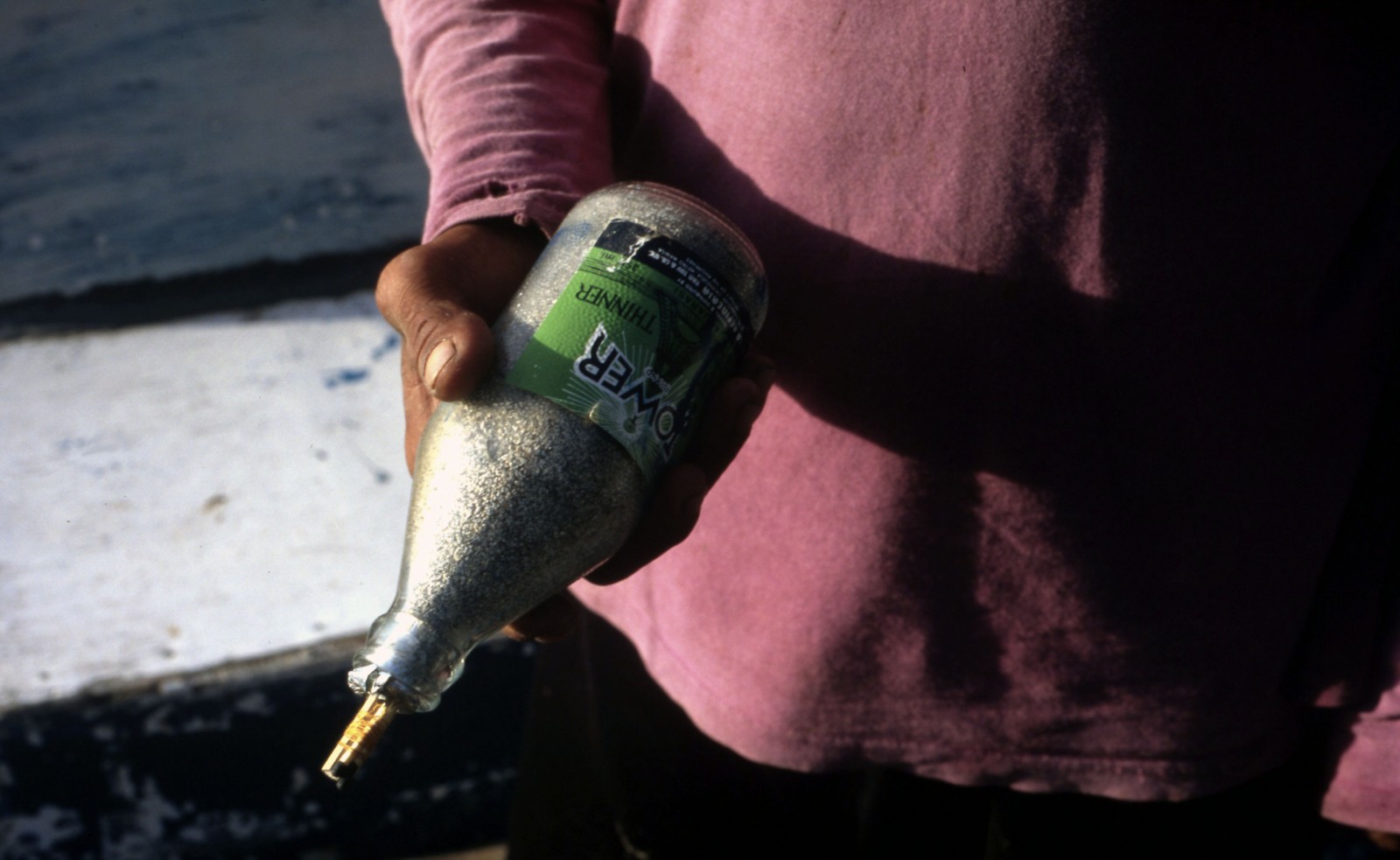 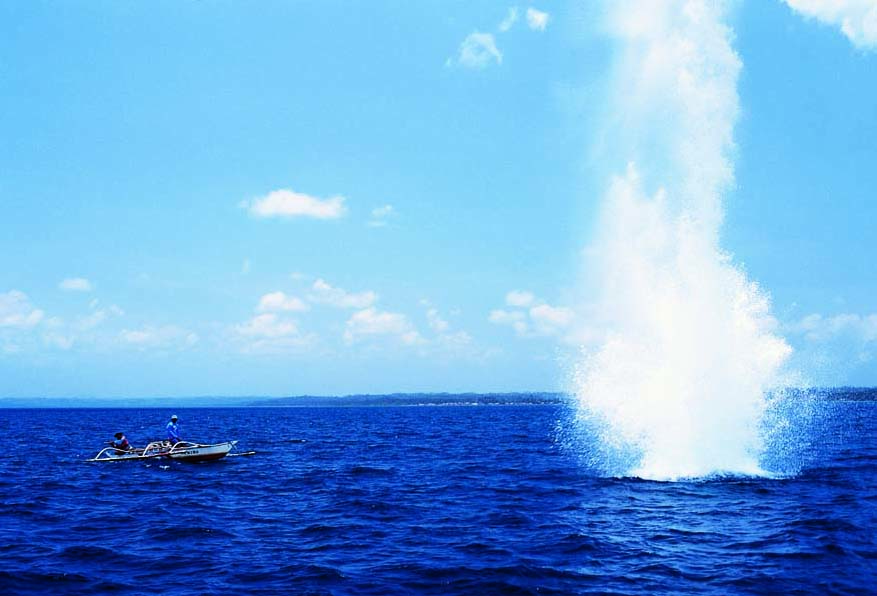 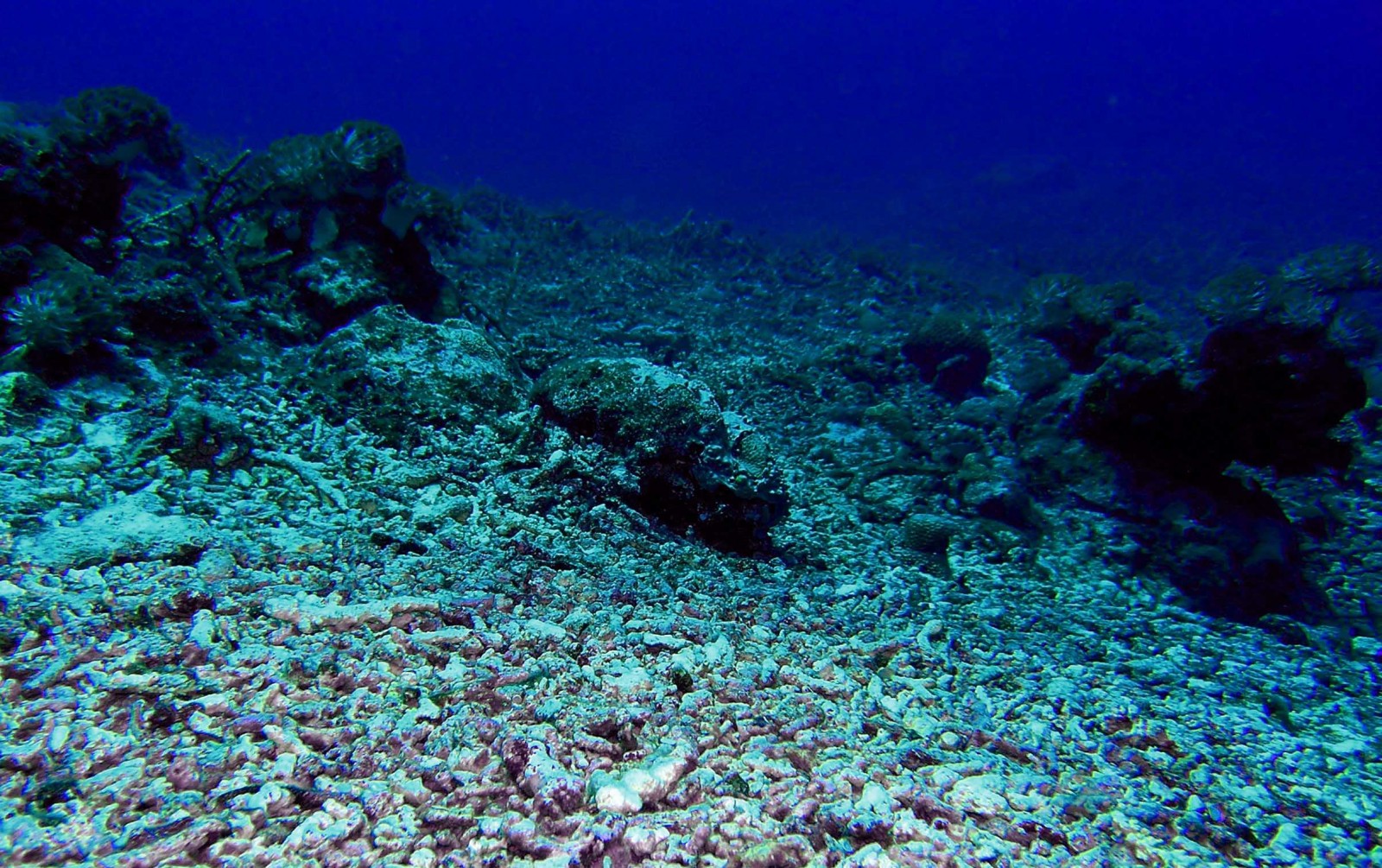 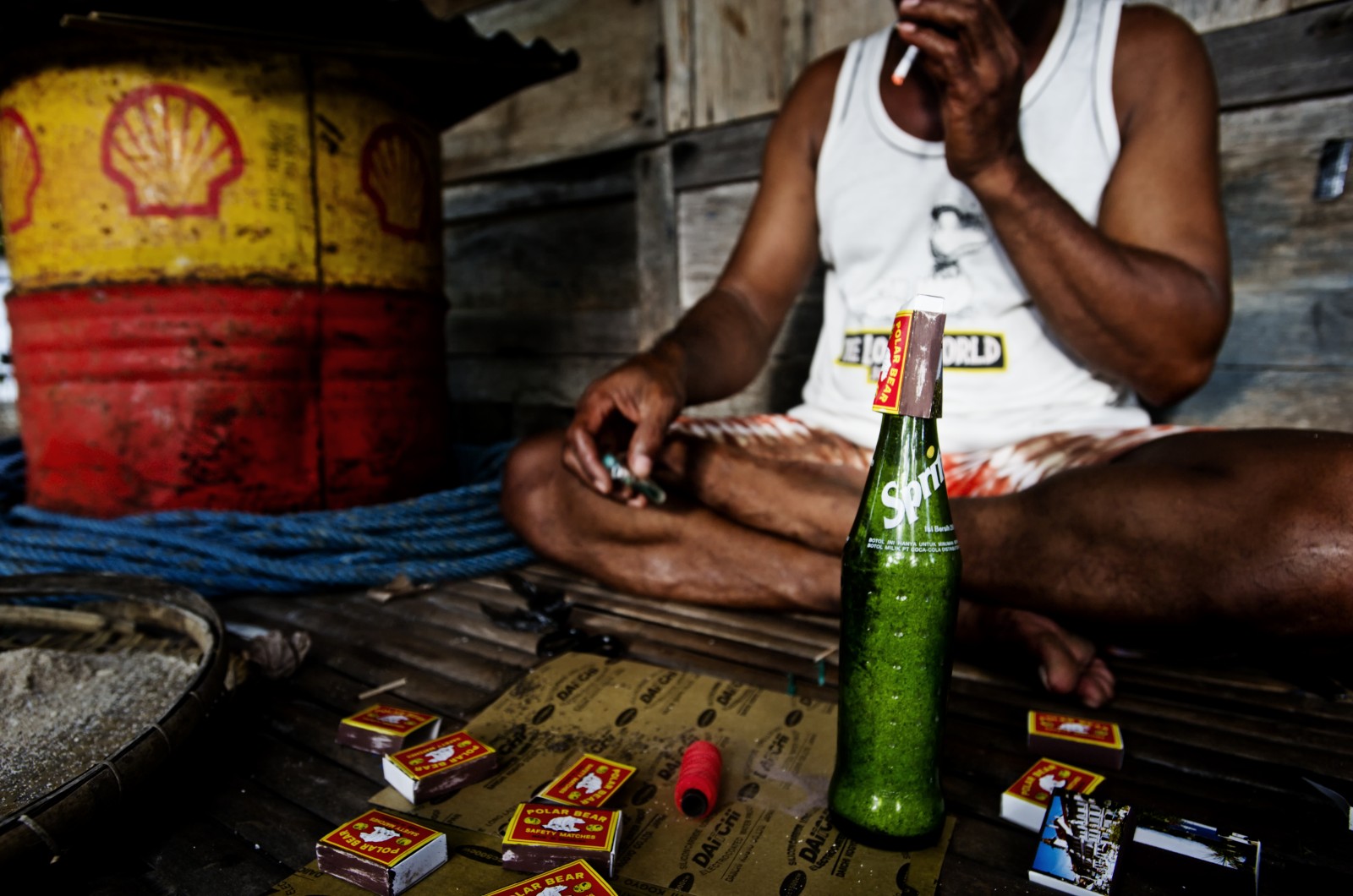 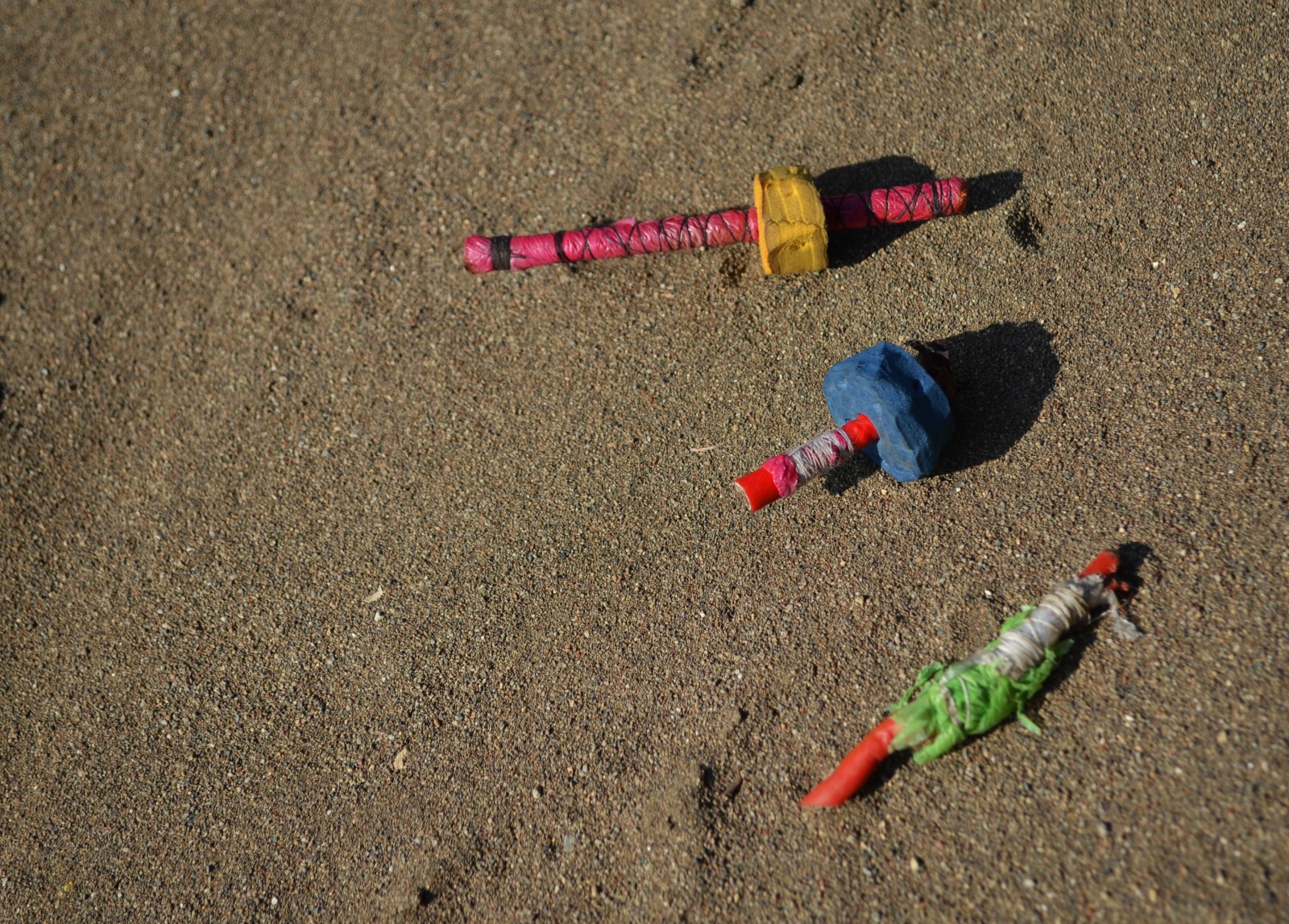 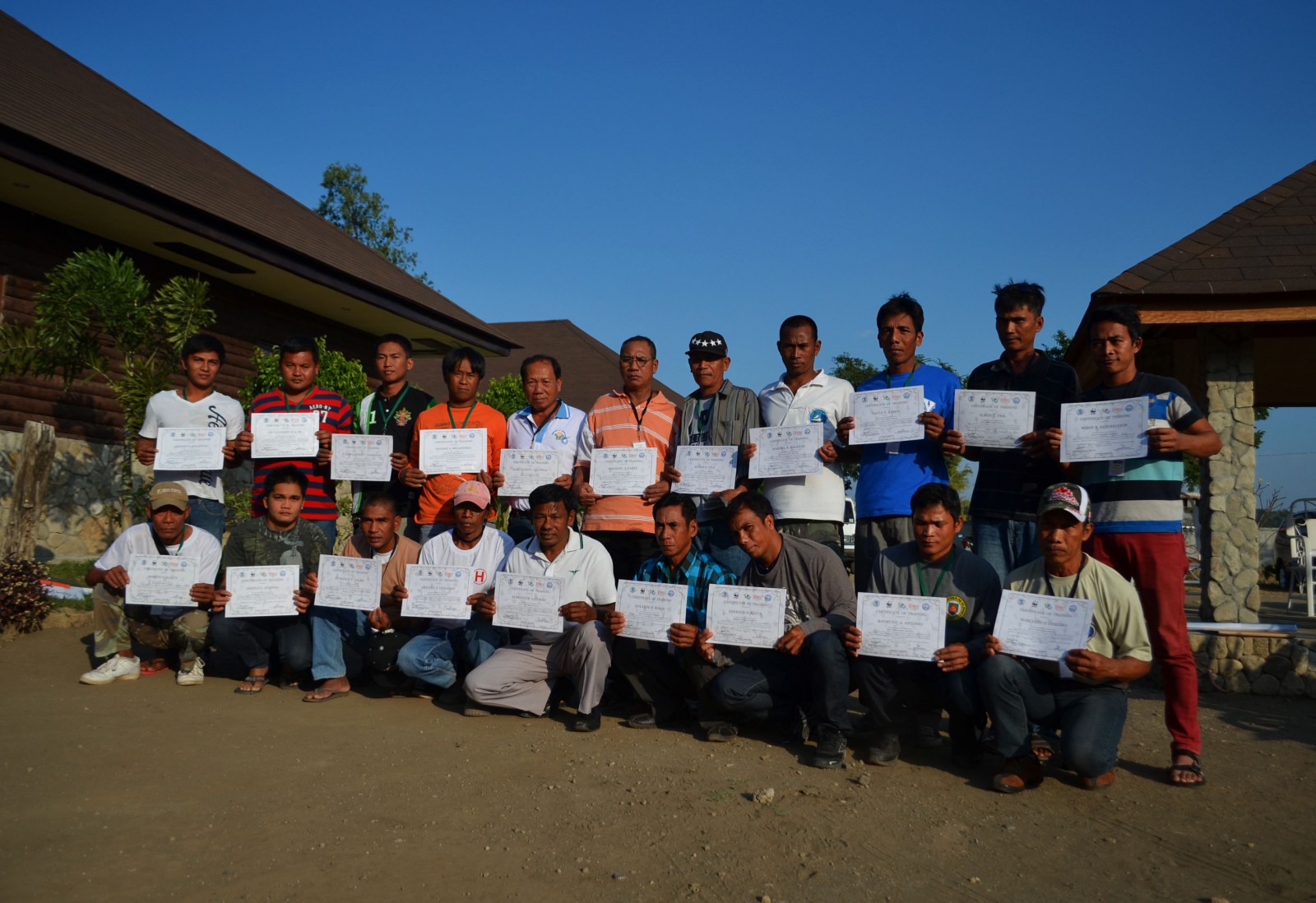 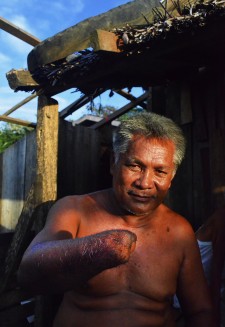 Some fishermen lose limbs and sometimes even the sight in one or both eyes due to bombs exploding prematurely.

Fortunately, things are improving. “Better enforcement has proven to be an effective deterrent for illegal fishers. Enhanced education also creates a sense of stewardship for coastal communities to more stringently safeguard their waters,” notes World Wide Fund for Nature (WWF) Project Manager John Manul. “Who better to protect the ocean than those who rely on it for food?” Manul oversees a partnership between WWF and Century Tuna to protect vital fishing grounds in Ilocos Norte.

WWF & BFAR together with government representatives led a training session for new rangers in Ilocos Norte between 21 and 23 January. Participants - all from local communities - were brought up to speed on fisheries laws, gear, practices, apprehension procedures, plus dynamite-caught fish inspection techniques. “This training will hopefully curb blast fishing, which still takes place in Badoc, Bacarra, Currimao and other parts of Ilocos Norte,” said Valente.

All over the Philippines, the battle to save the country's reefs is underway, as newly trained Bantay Dagat volunteers like those from IIlocos Norte take to the sea.
“Anyone we catch using dynamite will serve five to ten years in jail,” says new Bantay Dagat member, Sergeant Pante. The grizzled veteran, plus 19 new fish wardens, will soon patrol the waters of Ilocos Norte.  Pante issued a stern warning to illegal fishers. “Watch out – because I’ll be watching you.”