SEARCHING FOR DOLPHINS AND THE ELUSIVE PYGMY SPERM WHALE

The Philippines is home to 30 species of whales and dolphins...and the Tañon Strait is one of the best places to meet them up close. 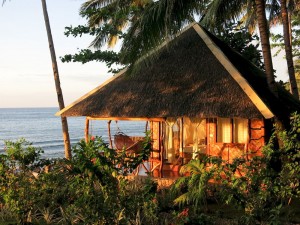 Like a sports team before a big game, we clasp our hands and bow our heads in prayer – except we’re in the middle of the sea – and we’re surrounded by sweaty boatmen. Captain Ricardo Reynaldo finishes his prayer and gestures to the water. “The Tañon Strait is famous for its dolphins and whales," he tells us. "Each has its own personality: bottlenose dolphins stay near the shallows, while acrobatic spinner dolphins ply open waters. Larger Risso’s dolphins like to float upside down, tails sticking out of the water – but the rarest creature of all is the pygmy sperm whale. It is very shy and only passes through our waters. It has been three months since I saw one. But perhaps someone down there will hear our prayers!”

Thirty minutes later, we’re swapping tales and eating breakfast on board the M/Bca Ezrha, having sailed from the harbour town of Bais and into the strait. Our eyes occasionally scan the horizon for our quarries. I’m talking with a Marine Corps officer about his adventures in Mindanao when the grizzled boat Captain points to a seemingly empty patch of sea, abuzz with red-necked phalaropes. “There! Look at the birds!” A league off, blue water churns under the circling phalaropes. In seconds half-a- dozen people are scrambling for their SLRs and compact cameras. Breakfast is swiftly forgotten. Our boat approaches the site – a roiling, bubbling mass, seabirds squawking overhead. “It's a bait-ball, a giant school of sardines or other small fish driven up from the depths,” explains one of our boatmen. Along its fringes I note dark, triangular dorsal fins. Dolphins - dozens of them! Suddenly, they start jumping. Ooohs and Ahhhs fill the air – along with claps and cheers. I grin as I catch myself clapping along with everyone else. I’ve been watching dolphins for years and it’s like this every time.

Whales and Dolphins of the Philippines

Cetacea include about 90 species of whales, dolphins and porpoises. Of course they’re mammals – not fish. About 30 cetacean species inhabit or pass through Philippine waters, ranging from the 2.5-meter Irrawaddy dolphin to the 30-meter blue whale. The Tañon Strait, a 161-kilometer channel dividing Cebu and Negros, is home to 14 types of cetaceans, most of which can be seen around Bais City, a quaint coastal town near Dumaguete in the Negros Oriental region of the Philippines.

“Cetaceans are extremely important for the marine ecosystem,” says Marine Wildlife Watch of the Philippines (MWWP) Director Dr. AA Yaptinchay. “Most are apex predators which regulate populations of fish and squid. The bigger whales, especially filter-feeders, contribute to nutrient distribution in the sea through a ‘whalepump’ – basically fertilizingy the sea surface with their poop, which encourages plankton growth!”

Dolphins painted on a tour boat come to life in Bais, where visitors can see and interact with hundreds of cetaceans on a good day. Bais is 45 kilometers northwest of Dumaguete, about an hour’s drive away. Photo by Gregg Yan
This playful spinner dolphin (Stenella longirostris) loved to bowride beside our boat. Many cetaceans bowride as a form of play. Photo by Gregg Yan
Tour operator Ricky Andaya Soler sports an Oceana shirt. Oceana is a global non profit organization dedicated to saving the world’s oceans to feed a billion people seafood every day, forever. Photo by Gregg Yan
Journeying great distances to find fish and squid, dolphins hunt by echolocation – producing clicking sounds then receiving and interpreting the returning echoes. Fourteen types of whale and dolphin ply the waters of the Tañon Strait in the Visayas. Photo by Gregg Yan
A pair of rare pygmy sperm whales (Kogia breviceps) spotted by the team in Bais. Photo by Gregg Yan 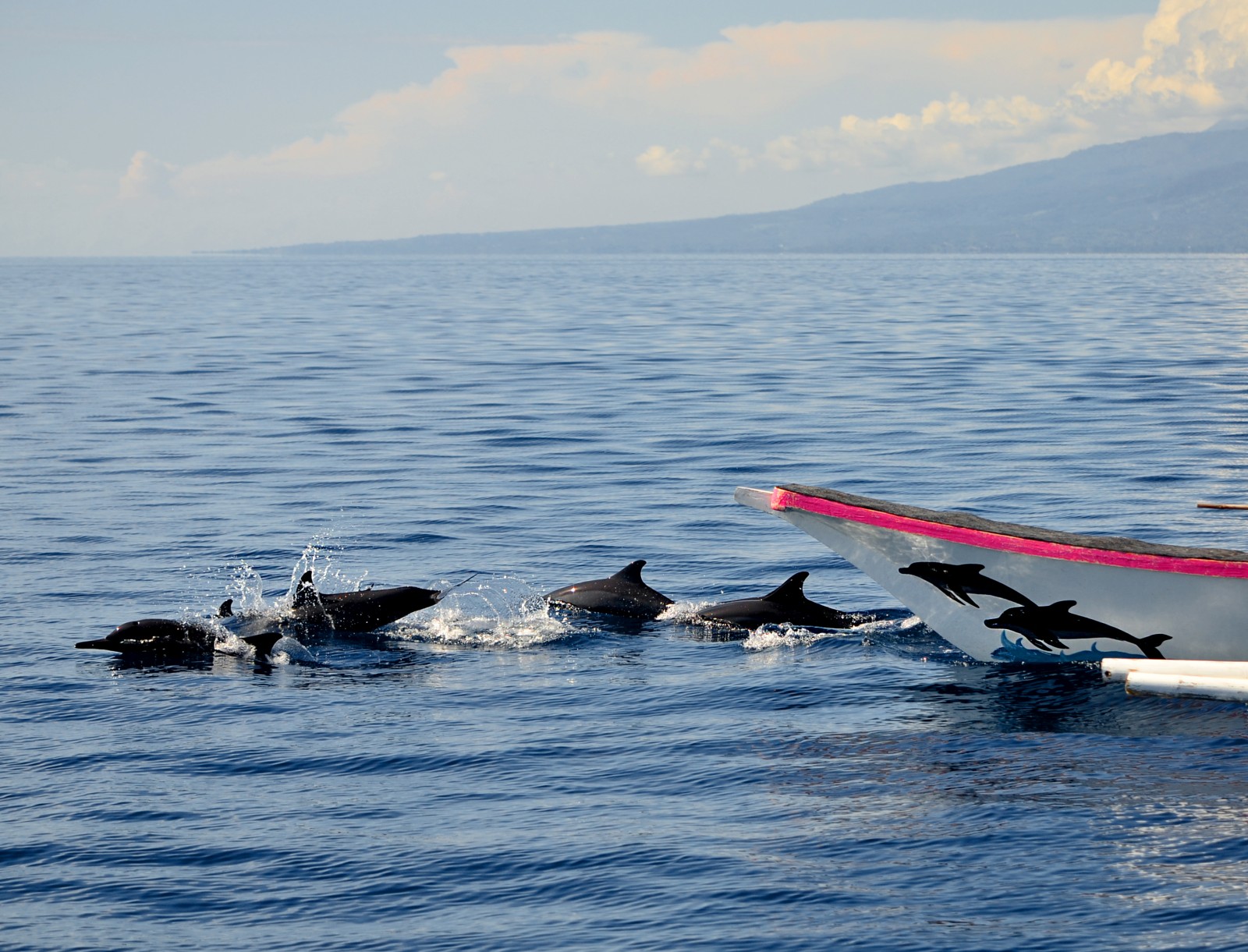 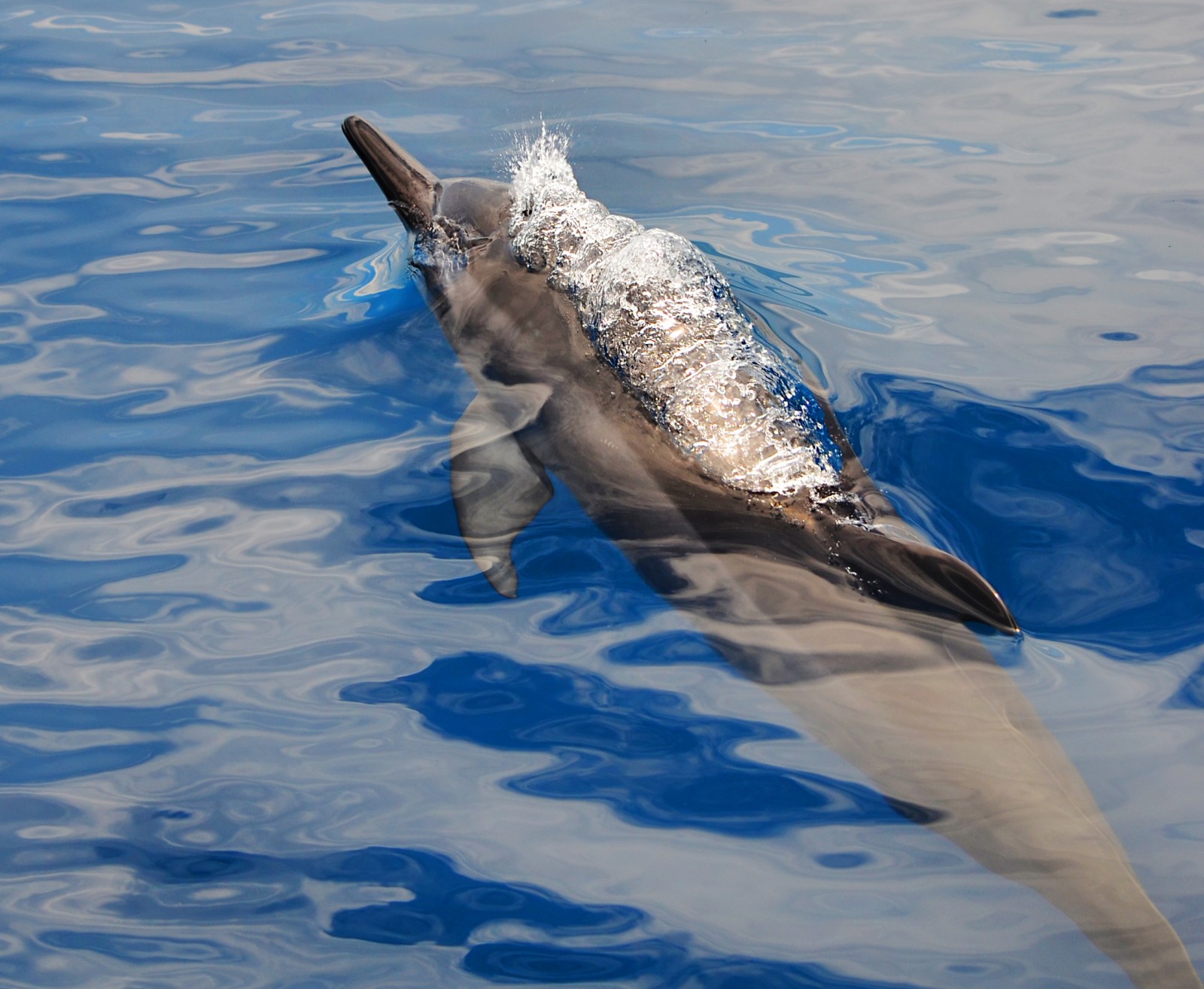 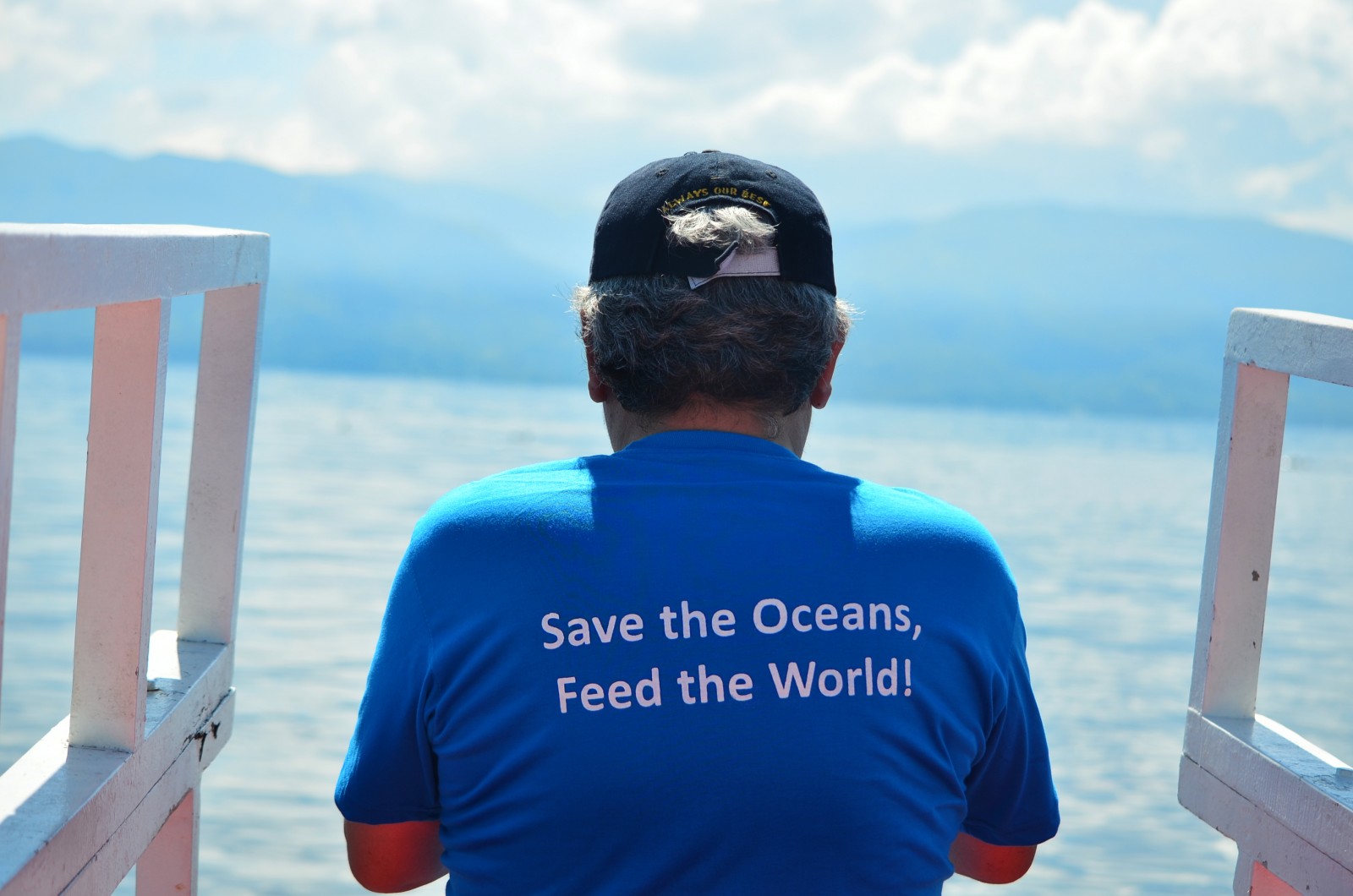 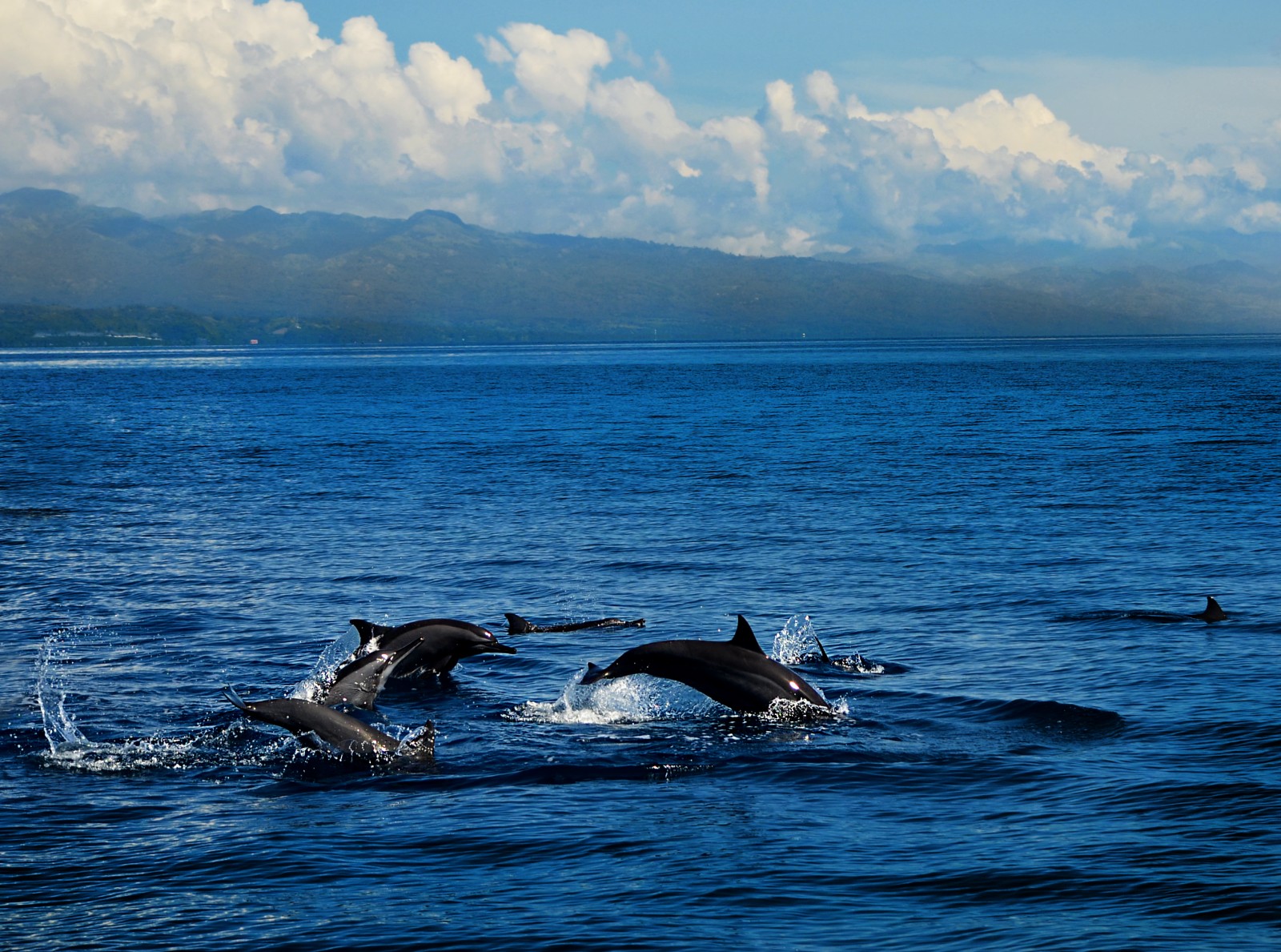 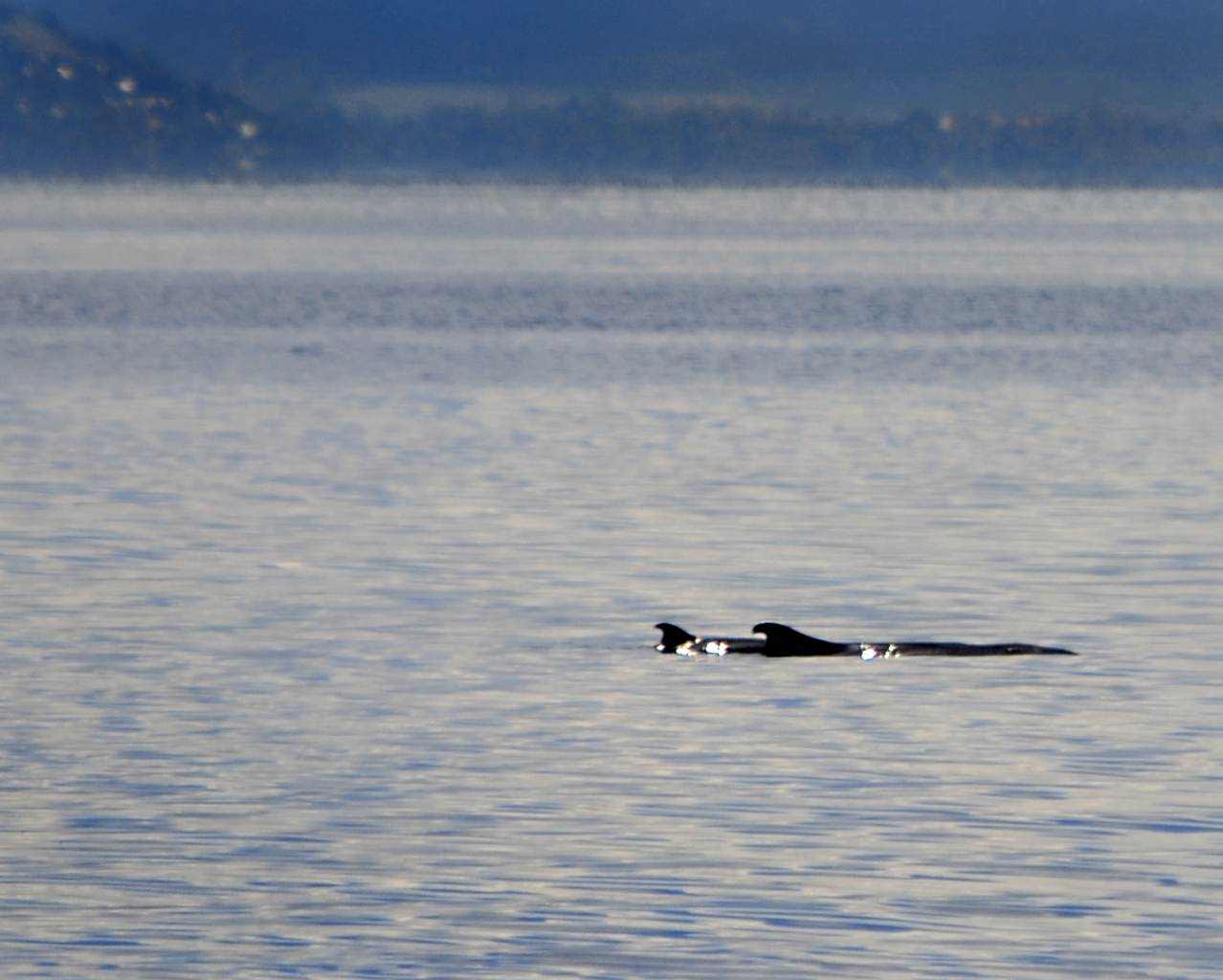 AA and his crew have been working to conserve cetaceans and other charismatic species for years. Once hunted and slaughtered for their meat and blubber, all cetaceans are now protected in the Philippines. Still, many die because of accidental entanglement in fishing gear, which can cause the air-breathing mammals to suffocate or drown. Known as bycatch, this causes the deaths of over 300,000 whales, dolphins and porpoises globally every year. Other threats include marine debris and plastic pollution, habitat destruction, overfishing and hunting, which sadly still occurs in remote parts of the country.

“Charismatic creatures like dolphins bring in millions of Pesos from ecotourism, enriching the lives of the people of Bais and other coastal areas," says Gloria Estenzo-Ramos, head of Oceana Philippines.  "Together with our allies, we're working to conserve fisheries inthe Tañon Strait by looking at the no-nonsense implementation of our fisheries and environmental laws to protect marine ecosystems and resources."

Back on the boat, we observe the Tañon Strait’s stars in action. They’re spinner dolphins, distinguished by their elongated snouts and crazy, acrobatic leaps. Some sommersault, some do lay-outs and some – just to show off – do complicated corkscrews, spinning thrice before landing. They’re best viewed here – in the wild, which is rather than being forced to perform in captive entertainment facilities. After a few frenzied minutes, Captain Reynaldo shouts the three words we’ve been waiting for all morning. “Pygmy sperm whales!” Drawn to the commotion, a pair have come to snap up what the dolphins have missed.

Pygmy sperm whales are among the rarest and least understood of the cetaceans. Rarely seen at sea, most of our knowledge about them comes from the examination of stranded specimens. Not much bigger than dolphins, they breach with little fanfare - and their elusiveness means that very little is known about migration and populations patterns.

We keep 100 meters between our boat and the pygmies - the prescribed distance for larger whales. I snap shots as fast as I can but they are too far out. Remembering my favorite scene from Walter Mitty, I exhale and – reluctantly at first – lower my camera, remembering that the best memories should be recorded with your eyes – not a lens. After a magical minute, they’re gone. Soon more boats arrive and we head back to Bais to let other visitors enjoy. Captain Reynaldo unleashes the coup-de- grace – cold drinks and watermelons. Frozen watermelons. We laugh and tuck in. As the dolphins and whales have their breakfast, so do we.