HOW CAN INDONESIA'S REEFS RESIST CLIMATE CHANGE? A NEW STUDY AIMS TO FIND OUT

Banner photo by The Coral Triangle

Indonesia's 17,000 islands are among the richest in the Coral Triangle. Conservationist Drew Harvell plunged into some of its best Marine Protected Areas to check the health and vitality of Indonesian reefs and here's what she found ... 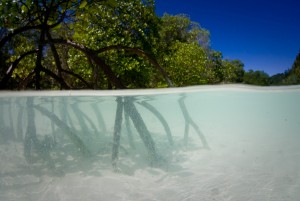 New study in New Guinea highlights the value of Indonesia’s mangrove forests, both on the global carbon market and for local communities.

As I awoke to the sounds of the mullahs’ calls for morning prayer in Makassar, Sulawesi Island,  I pondered barriers being crossed in my research project: cultural, gender and even scientific. Our goal is to save the spectacular biodiversity of Indonesia’s seas, which is threatened by an unholy trinity of coastal pollution, climate change and habitat destruction. We are working on coral reefs, which are the most biodiverse marine habitats. And Indonesia, within the Coral Triangle, is the beating heart of that diversity.

There are roughly 590 species of reef-building coral in Indonesia, more than anywhere else on the planet. Compare that with about 67 species in the Caribbean. There are also almost 4,000 species of tropical fishes here, with 1,500 in the top-ranked region of West Papua.

We are collaborating with Jamaluddin Jompa of Hasanuddin University on a measurement project financed by  the National Science Foundation and USAID. The focus is on improving the resilience of Indonesia’s reefs and associated habitats, like mangroves and sea grasses, to climate stress, while increasing their value by creating no-take fishing zones.

Fishing pressure is so high in many locations that the only hope for the continuation of sustainable fishing is to create refuges where fish can breed and produce young that will spill over into other areas open to fishing. In the process, we have discovered that these no-fish zones also increase the health of the coral reefs in them. Scientists have shown that corals inside marine protected areas in the Philippines, Palau and Australia have fewer diseases. For example, black band disease, a pathogen that infects corals worldwide, is lower inside some marine protected areas than outside.

But coastal pollution is a big threat to all marine biodiversity, as well as to successful no-take preserves. That's why my students, fellow faculty members and I have been sampling bacteria off the coast of several islands near Makassar. Waterborne diseases are carried into the ocean through human sewage, some that cause deadly coral diseases. Our goal is to investigate the twin problem of sewage pollution for human health and coral health, particularly inside marine protected areas. This focus on how human health is intertwined with wildlife and the health of the environment is called One Health.

Many coastal communities in Indonesia are now protecting and replanting mangroves Photo by Matthew Oldfield
Indonesia's 17,000 islands form the crux of the Coral Triangle, hosting some of the region's most productive marine habitats. Photo by Jurgen Freund
The tourism value of coral reefs is immense. Divers will pay top-dollar to swim alongside this cool coral cruiser - a Green Sea Turtle which can live over a century. Photo by Toppx2
Coral reefs cater to tourists as well as to hungry folks. Declaring certain reefs as 'No-Take Zones' proved that a little rest can help reefs bounce back from overfishing and climate stress. Photo by Lory Tan 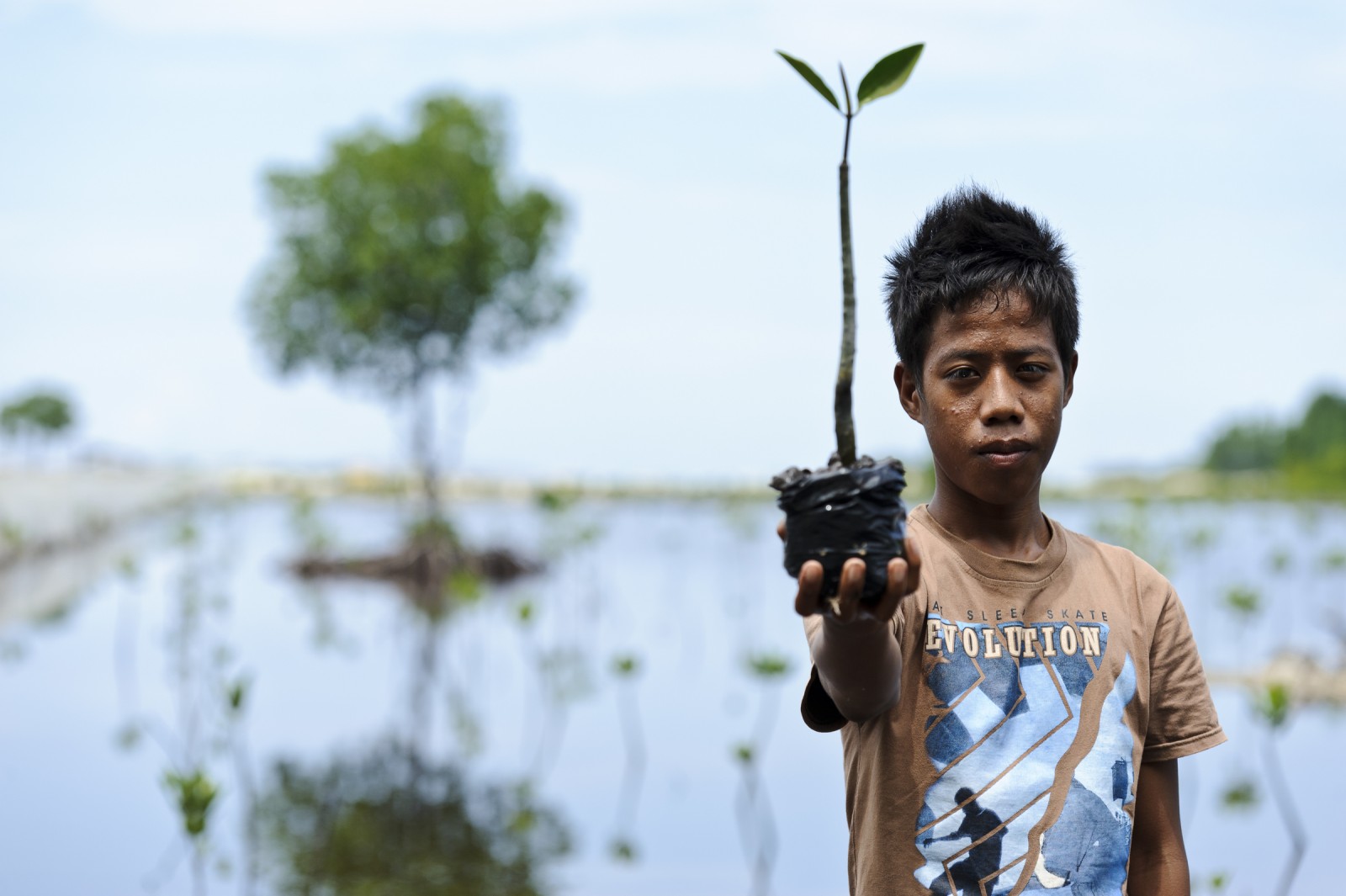 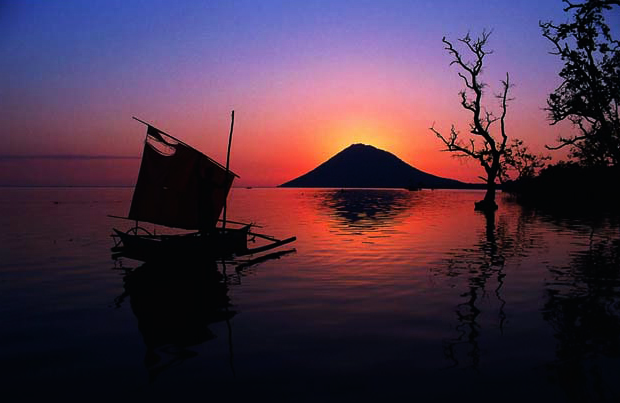 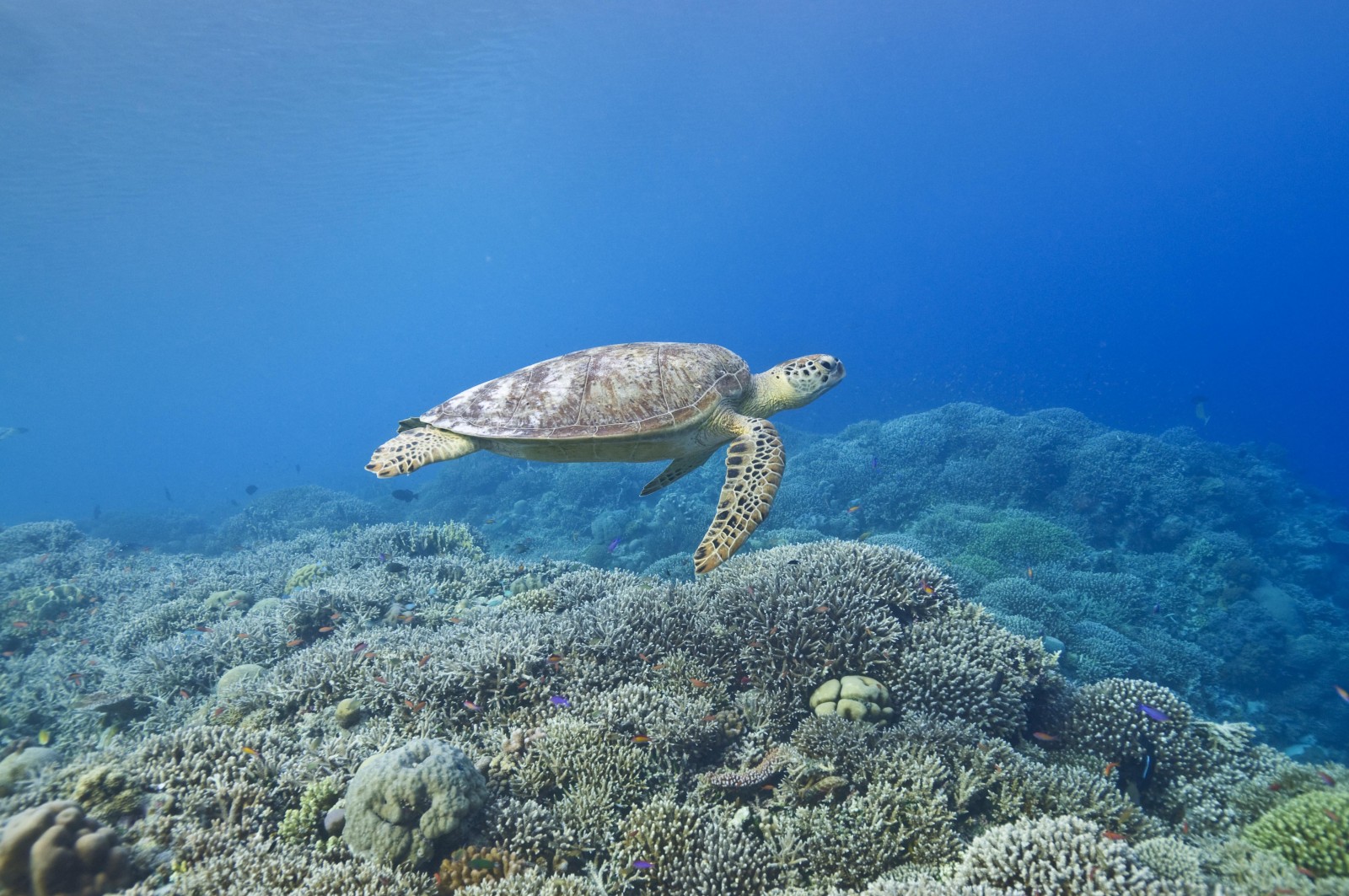 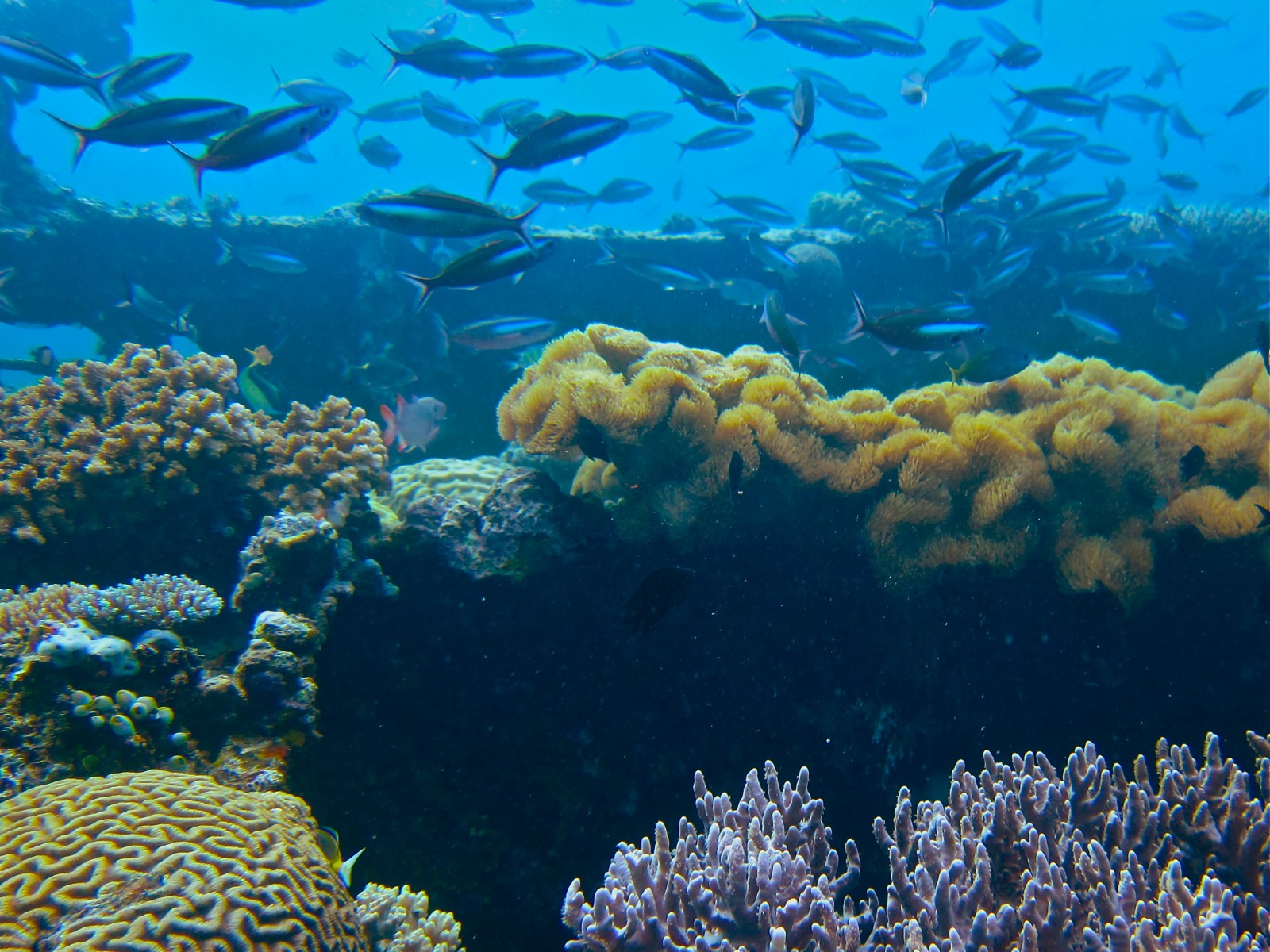 The argument we are making is that sewage pollution at the level we are seeing is not only a threat to the coral reefs, but also to the humans who are dependent on them and live in the same waters. It feels like a scientific barrier because as the world finally shifts attention to the large-scale effects of climate and wrestles with adapting to climate, the more immediate problem for many coral reefs is local and in theory more easily fixed — reducing overfishing and coastal pollution. Improving local conditions is really the only climate adaptation that can change the resilience of coral reefs in the short term of the next five decades.

The other part of my work here in Indonesia is to help plan a new project financed by the Global Environmental Facility-World Bank and University of Queensland, Australia, to enumerate and bolster the ecosystem services associated with coral reefs. Ecosystem services are what nature provides by virtue of its intact functioning. The primary ecosystem services we already know and appreciate from coral reefs include: nursery areas for fisheries and valuable biodiversity, protecting villages from large waves, filtering toxins and pollution, and increasing revenue through ecotourism and aquaculture.

Everyone would like the coral reefs of Indonesia to keep producing these priceless services, but to do so we need to put a price on nature and demonstrate to the government and the world what the hidden economic value of these services is. For example, consider how the value of coastal mangroves goes beyond local value to global. A mangrove forest provides local services to its owners like filtering pollutants, reducing sedimentation and protecting villages and cities against rising seas and tsunamis. But mangroves also provide critical habitat for some young fish from the region’s coral reefs and stabilize killing sediments, which benefits additional people farther from the mangrove site.

Without carefully estimating the actual value of all these services, they go unappreciated and often unknown, and there is no incentive to enact more strict and costly laws to protect them. For example, across Southeast Asia there has been widespread destruction of coastal mangroves, often to clear a space to grow shrimp in shrimp farms. This is a double whammy. Removing the mangroves is bad because it removes the ecosystem service that both filters the water and cleans it of rampant coastal pollution, while also removing critical nursery areas for fish. The shrimp farms, conversely, contribute to coastal pollution by exporting nutrients, sediments and even disease-causing microorganisms onto the reef.

On top of that, the economic benefits of shrimp farms can be a red herring, since many of the enterprises fail because of viruses that infect and kill the shrimp, leaving a muddy pit where once was thriving mangrove. So these costs must also be added to the equation. Making a clear scientific case for the value of different valuable marine ecosystems will hopefully short-circuit some of the worst short-sighted problems.

The other part of the ecosystem services project is to examine the potential to help coral reef-based enterprises like abalone, algal culture and seahorse farming thrive, by examining the business models and detecting any hitches in the values chains. Soon we'll head to some of the more remote coral reefs in Indonesia - the reefs of Biak, Papua, on the far northeastern shore, exposed directly to the large fetch of the Pacific Ocean and reputed to have reefs of spectacular biodiversity, which we hope will thrive well into the next centuries.

Professor Drew Harvell is associate director for environment at the Atkinson Center for a Sustainable Future at Cornell University who studies the health of coral reefs and marine ecosystems in Indonesia. Her story first appeared in the New York Times.