CAN BIG DATA AND CITIZEN SCIENCE HELP SAVE OUR SEAS?

With the rise of 'Big Data', everyone can be a scientist and have fun doing it. From geotagging whale sharks and mantas to planting corals, there's countless ways to help preserve the Coral Triangle on your dive holiday...

"We know surprisingly little about the biggest fish in the sea. For example, young males and females are almost never seen..."

Cendrawasih Bay in the Bird's Head Seascape of West Papua, Indonesia - the global epicentre of marine biodiversity - has emerged in the last five years as one of the best places in the world to swim with whale sharks. The Bay’s friendly whale shark population congregates around local bagan fishing platforms, where they hoover smaller fish through the vast nets that hang beneath them. They've been attracting a lot of attention, thanks to the near-certainty of having outstanding (and lengthy!) whale shark encounters year round, unlike other well known whale shark aggregations in the world (such as Ningaloo, Isla Mujeres, Belize, Galapagos and Donsol), which are seasonal. It also makes identifying and tracking whale sharks a lot easier. That's important because we know surprisingly little about the biggest fish in the sea. For example, young males and females are almost never seen, leading some researchers to believe they must confine themselves to the deep ocean.

Through the Birds Head Seascape Whale Shark ID database, supported by Conservation International, many amateur divers doubling as citizen scientists have been contributing photo ids and observations of the whale sharks they encounter at Cendrawasih Bay, which indicate that some highly recognizeable individuals seem to be present throughout the year. Satellite tagging has revealed some interesting new behaviour over the last few months however, with some of the sharks taking 'extended vacations' as well as diving to great depths, perhaps a response to the warming surface temperatures associated with this year's El Niño - the logic being that they're more likely to find plankton in the deep.

This is just one way in which divers are contributing to our scientific knowledge of a particular species in the Coral Triangle. The Bird's Head Seascape also has a Manta ID database , an affiliate project of the Manta Trust. The whole of Indonesia was declared a manta sanctuary last year, an unprecedented move and now there is a great opportunity to gather baseline data from across the archipelago with the help of underwater citizen scientists. 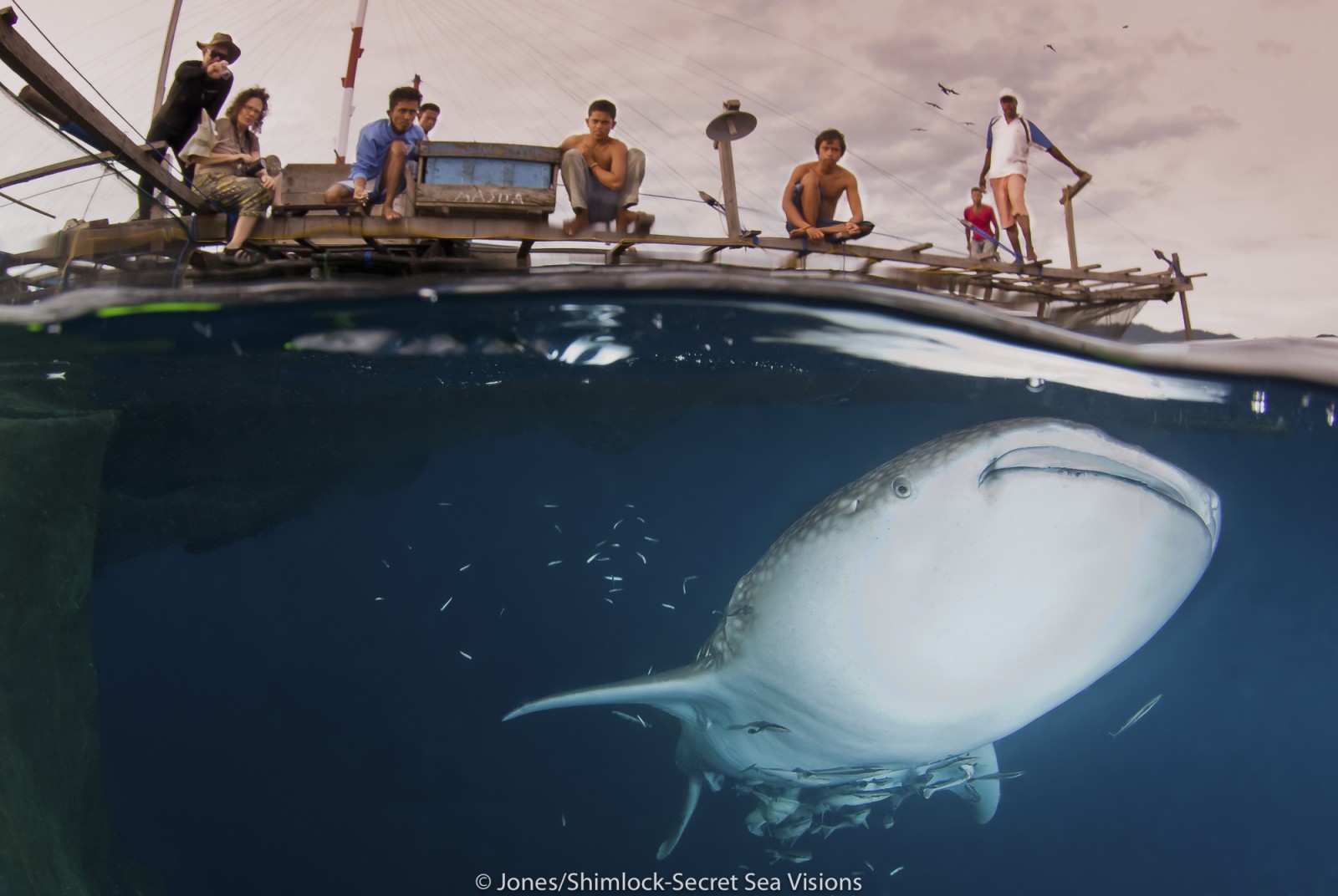 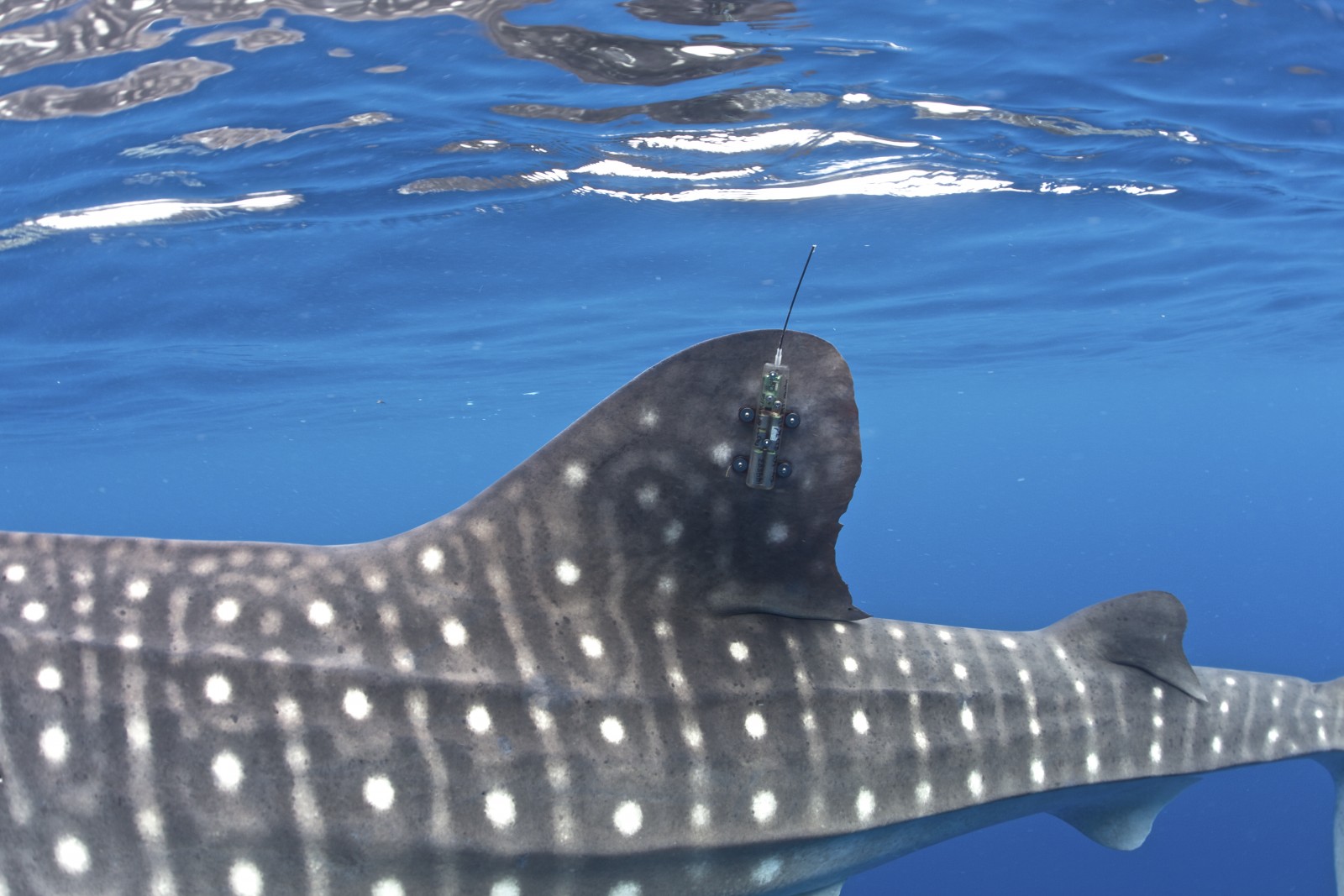 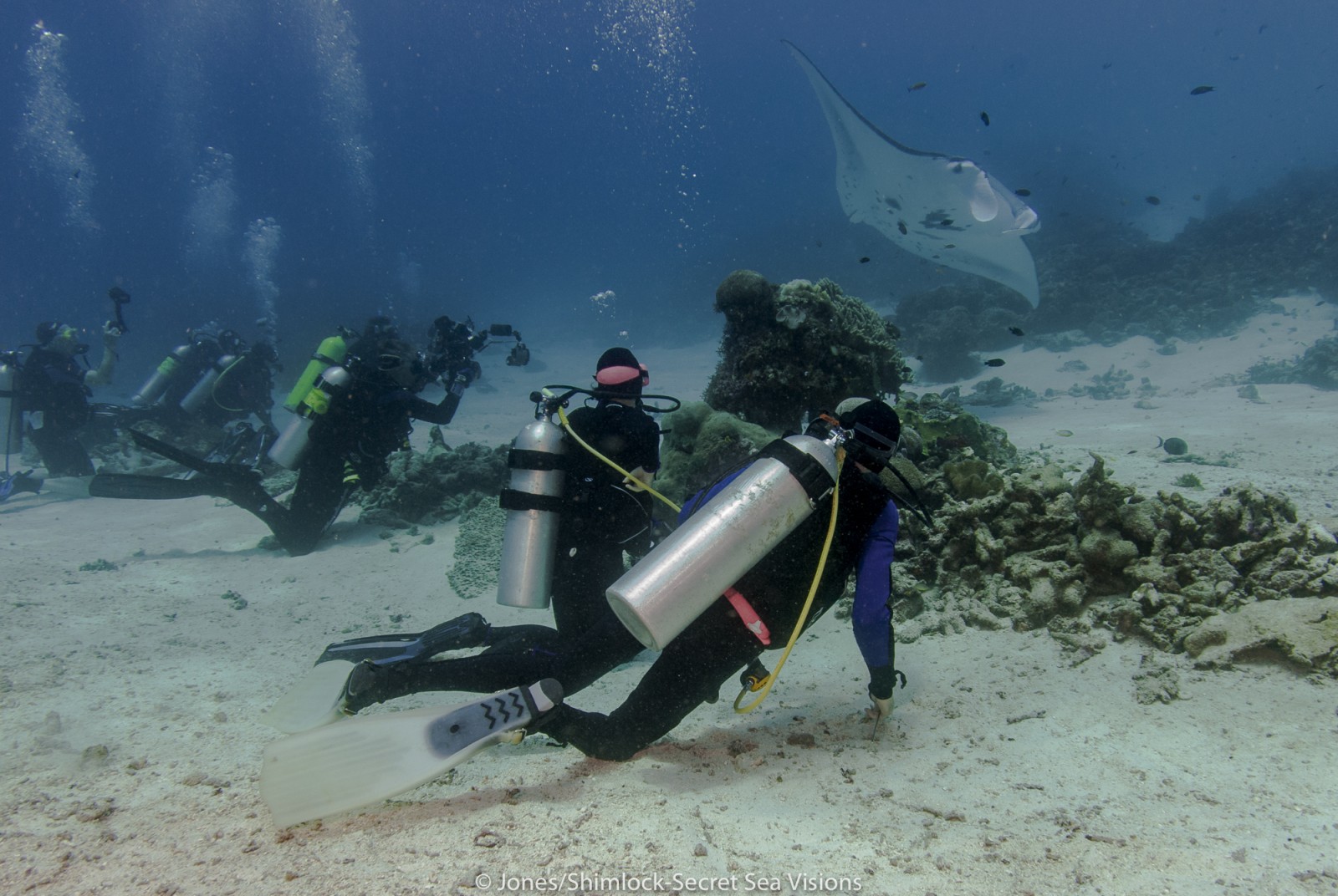 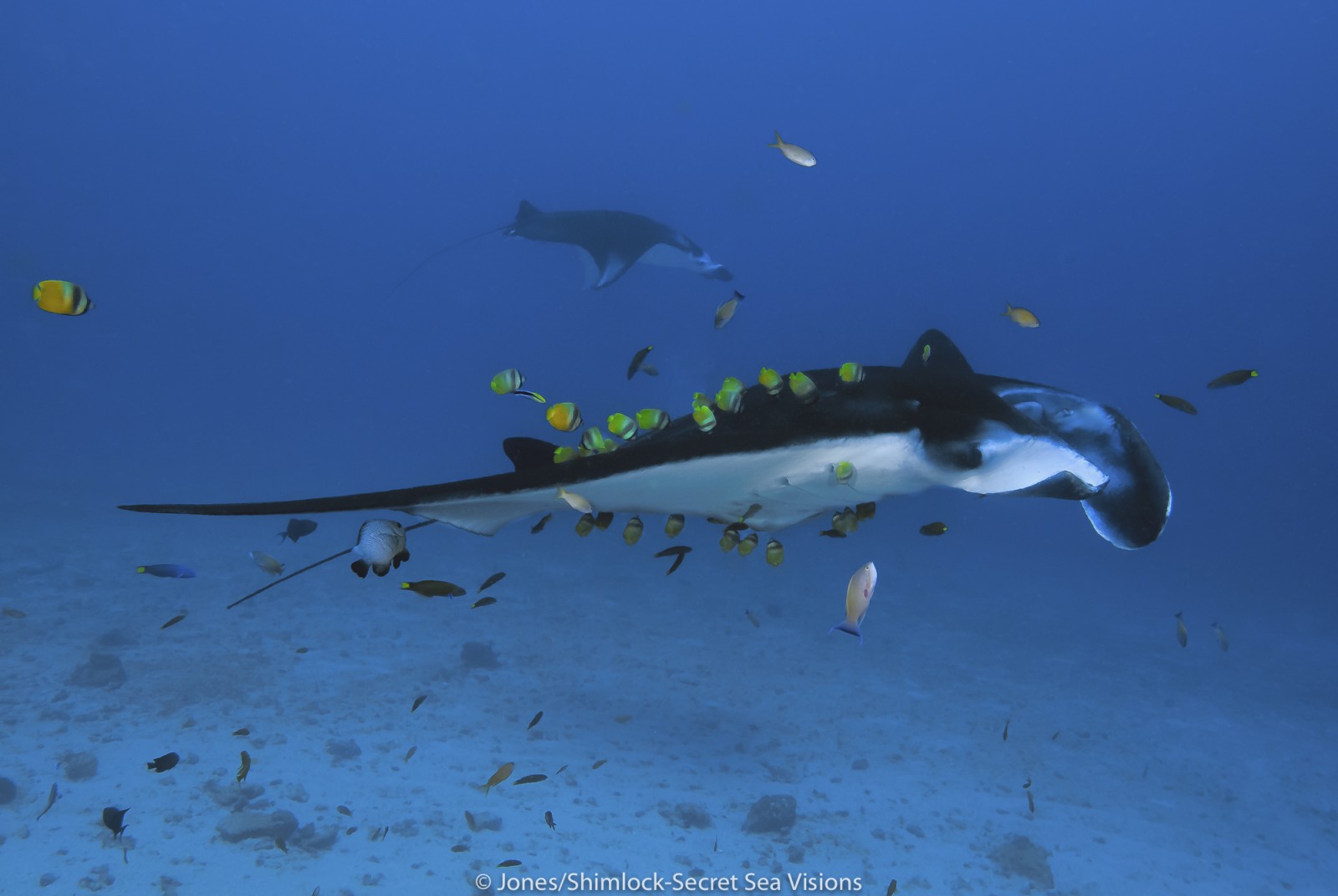 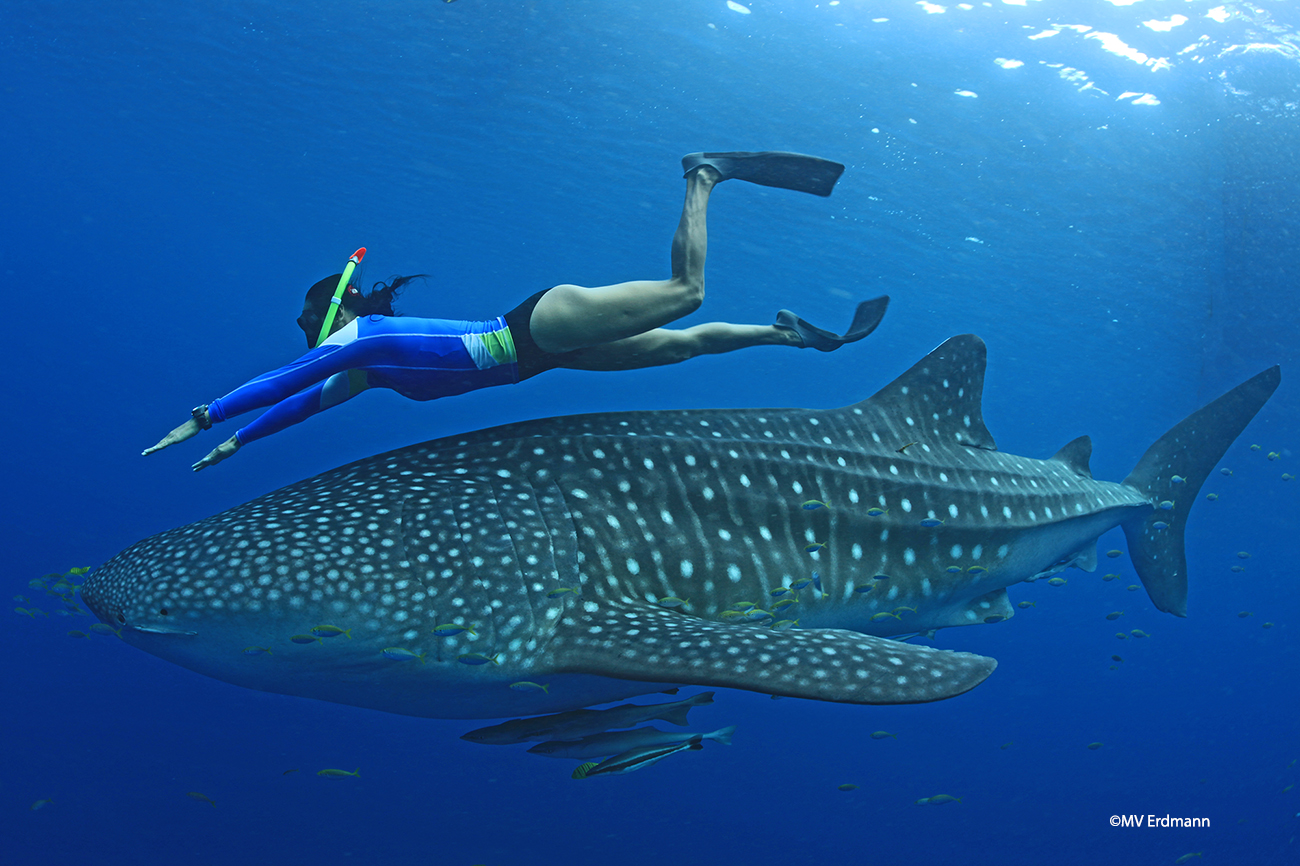 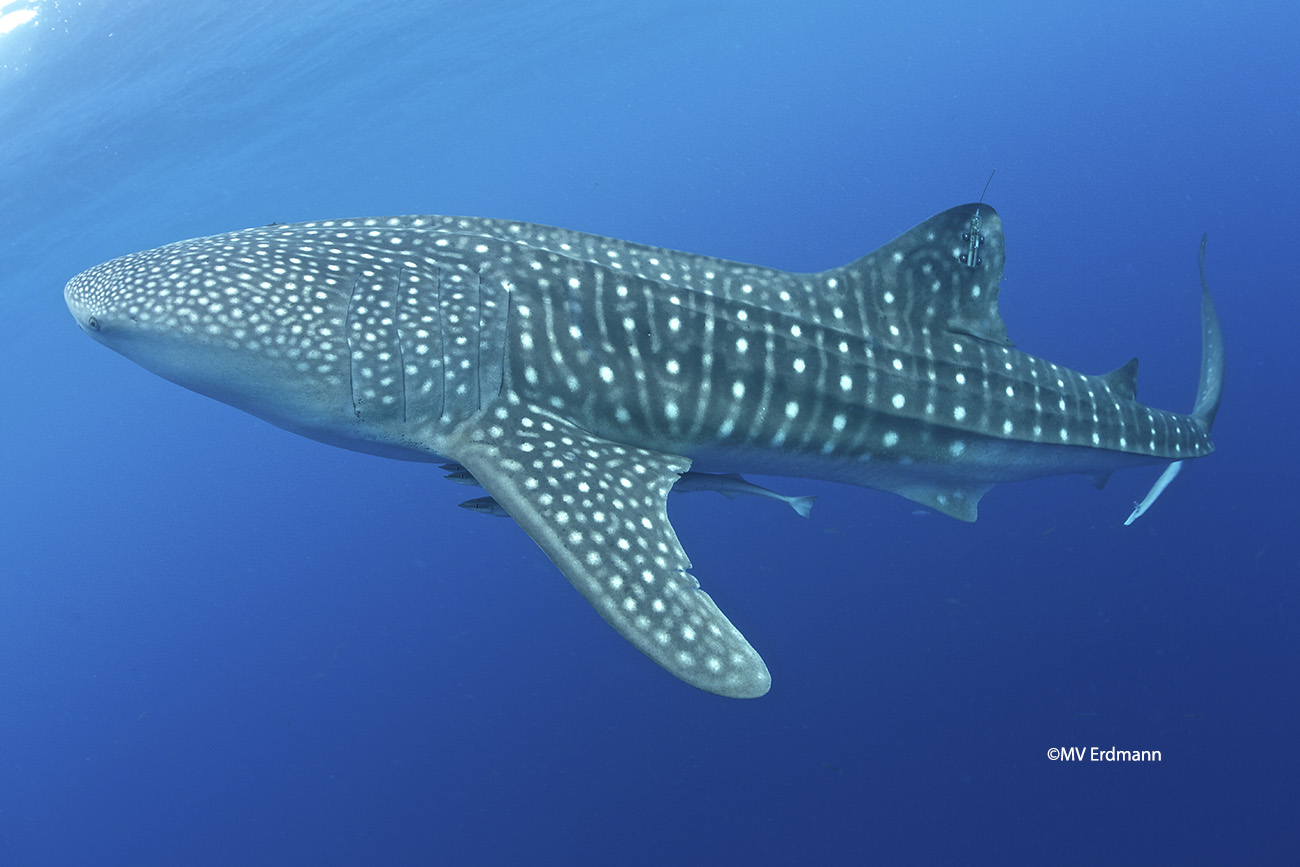 Data is crucial when it comes to conservation - scientists need a baseline against which to map change. Right now, Catlin Seaview Survey is undertaking the unprecedented mission of mapping coral reefs around the world using 3d camera technology to greatly speed up the process. It's only in this way that we can get hard empirical evidence of the impact of global warming, acidification, natural climate events like El Niño, as well as destructive fishing practices and pollution. It is particularly relevant right now, as the world's reefs face bleaching on an unprecedented scale with the combined effects of the recent El Niño and global warming.

But it's not just professionals that are mapping reefs - many organisations are empowering divers to get involved in research, working with voluntourism partners to put together tours. Reef Check is one of the leaders - through their Reef Check Eco Diver programme and Eco Expeditions, they've helped introduce thousands of recreational divers to research and conservation programmes around the world, including trips to many Coral Triangle sites.

Many smaller enterprises offer visitors dive holidays combined with the chance to learn about reef ecology and participate in reef resoration. Spindrift Reefs offers dive trips to dive Mecca Bohol in the Philippines, where you can join their Coral Gardeners in helping maintain their artificial reef installation. Visitors to popular Gili Trawangan island near Bali, Indonesia, can volunteer to help the Gili Eco Trust in maintaining their more than 60 Biorock reef structures.

As our perception of what a holiday can mean continues to evolve, activities like voluntourism and citizen science could morph from niche activities into the mainstream, with the help of the internet and the big data revolution. And considering the social and environmental challenges we currently face as a species, it won't be a moment too soon....