Gruff and grizzled, the guardian fixes me with a steely gaze, his eyes the colour of flame. It’s as if he is gauging my character and the purity of my purpose. Baring his yellow teeth, he holds out an upturned palm, barring me from going further.

“We should give offerings,” cautions a sweating Munir Hamsaji, one of my climbing teammates. Having climbed this mountain many times before, Munir cautiously unties a knotted plastic bag, takes a crusty piece of bread and tosses it to the waiting warden. Delighted, the long-tailed macaque snatches the treat and scampers off hooting into the forest. Relieved, we trek on. Bud Bongao’s guardians have allowed us passage.

Cloaking its secrets in verdure and mist, Bud Bongao is Tawi-Tawi’s most famous mountain, rearing steeply 340 meters above the sea. It’s a revered pilgrimage site for both Christians and Muslims, who come in droves to brave slippery rocks and the snarl of undergrowth to visit one of three carefully-tended Tampat or shrines.

Over 630 years ago, Arab merchant Karim ul-Makhdum landed in the Philippines to spread Islam, establishing the country’s first mosque – Sheik Karimal Makdum Masjid – in Simunul, a small island off the coast of Tawi-Tawi. Legend has it that one of his original followers – a preacher – was buried atop Bud Bongao. 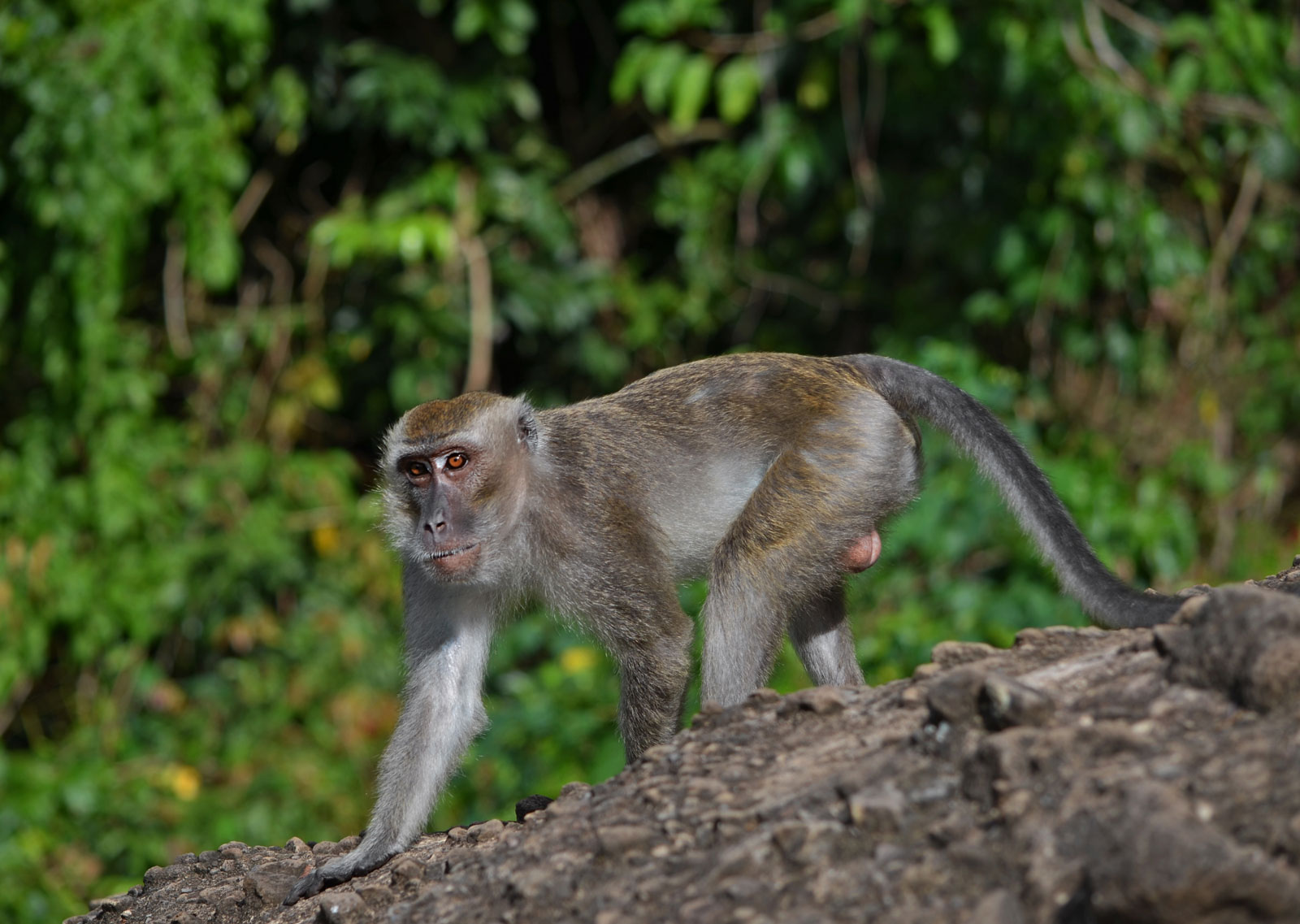 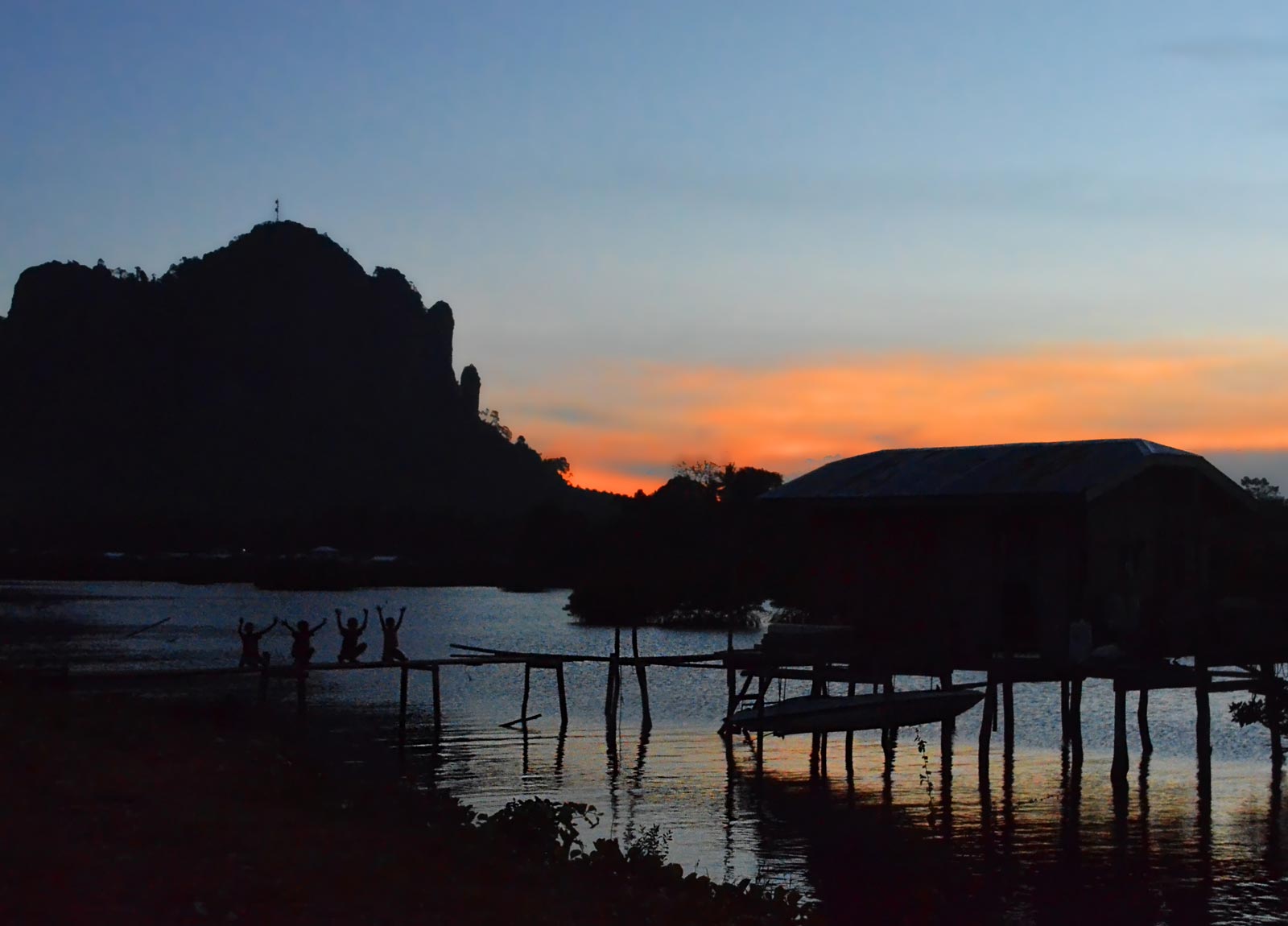 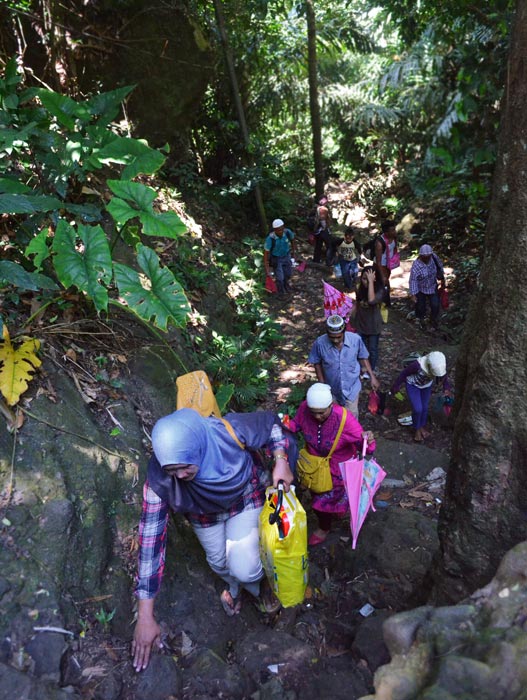 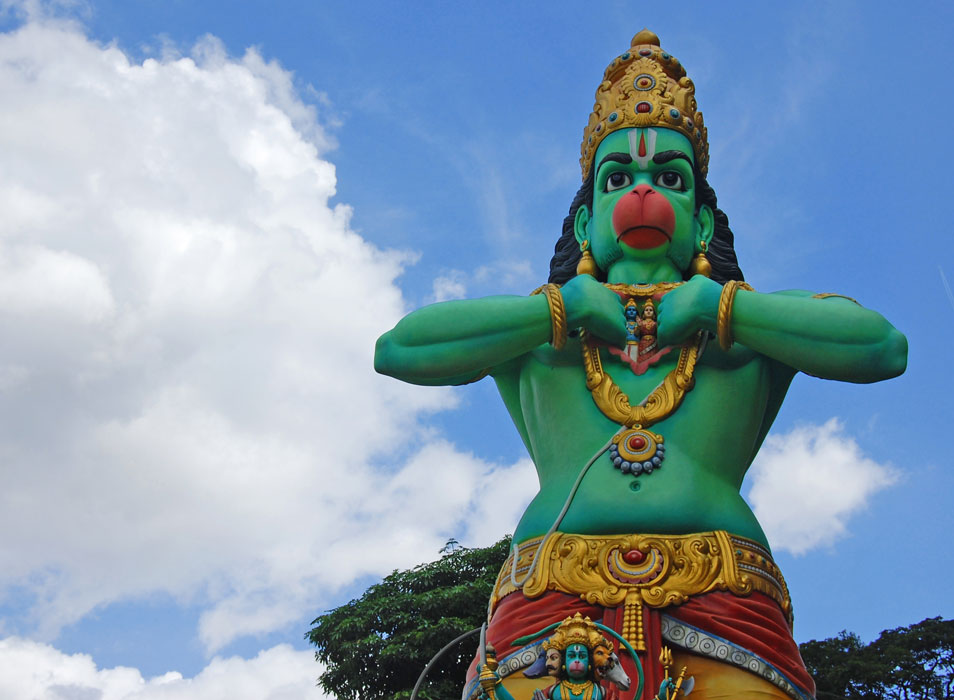 Hanuman, the monkey god from Hindu tradition, reflecting the religious and cultural diversity in the region. Photo: Gregg Yan, WWF 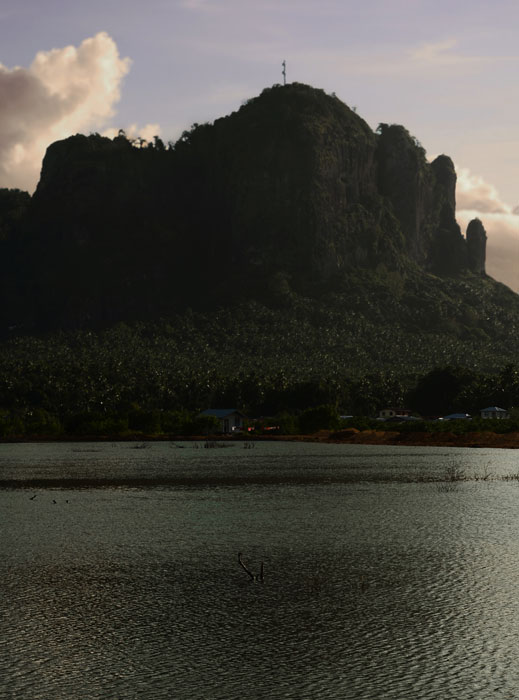 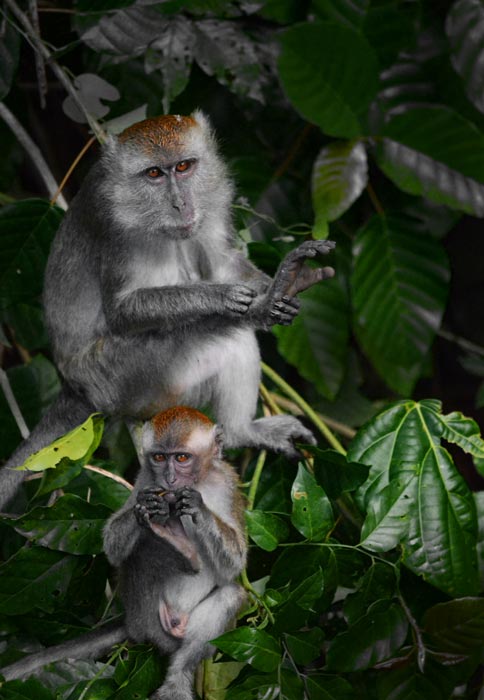 Today the mountain is a 250-hectare treasure trove of biodiversity and one of the last remaining moist forests in the Sulu archipelago. It is also the first site in the Autonomous Region of Muslim Mindanao (ARMM) to be administered completely by the local government.

“Bud Bongao is an icon of terrestrial biodiversity conservation and eco-tourism in Tawi-Tawi because of the wealth of its wildlife and its unique cultural importance,” says World Wide Fund for Nature (WWF) Tawi-Tawi Project Manager Dr. Filemon Romero.  Once managed by WWF and the Philippines government, the mountain is now being looked after by the local government of Tawi-Tawi in a move towards local, decentralized biodiversity management that’s seen as a potential template for other similar areas.

Following the spine of Bud Bongao, we pass an enormous Molave tree said to be the largest of its kind in the country. We finally break free of the forest’s dappled gloom to reach the sunbathed summit. Savouring a few breaths, plus the glittering view of the Celebes Sea, I look south – squinting at the faint outline of Malaysian Borneo. Around us, branches are adorned with knotted strips of plastic, cloth and foil – prayers for safe passage. Ribbons of cloud float lazily overhead.

Descending, we encounter a group of Muslim pilgrims, decked out in bright regalia, the women wholly covered in long gowns and hijab scarves. I wonder how they can stand the heat – bearing umbrellas and basketfuls of food to boot. We stop and talk with an Imam, a religious leader.

“The preacher wished to be buried atop the highest point in Bongao so his followers can prove their sincerity,” explains Ishmael Uto. “This weeds out the unworthy, ensuring that pilgrims work hard to turn wishes into reality.”

My sole wish is for the mountain’s guardians – humans, spirits and monkeys alike – to continue protecting one of the last bastions of terrestrial biodiversity in Sulu.

Parting ways as pilgrims to the same God, I turn to the venerable Imam and say, “Salaam alaiukum.” He smiles and shakes my hand warmly. “And peace be with you, brother.”